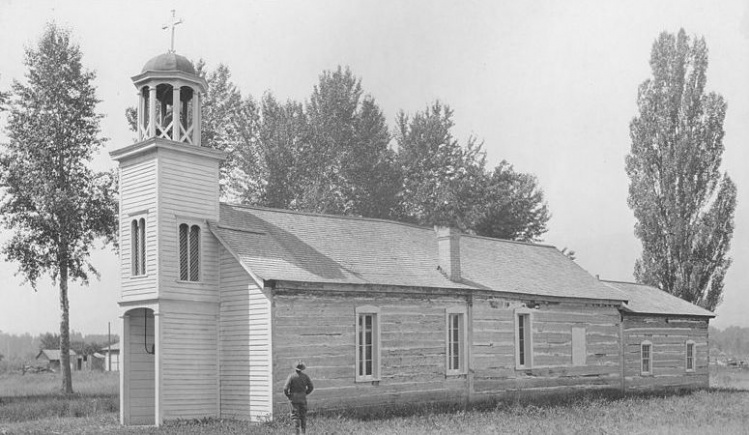 Because of the current unpopularity, even condemnation, of the Catholic clergy, it might be illuminating to provide an outsider’s view of the personal lives and characters of a group of unusual priests in the remote state of Montana. In the 1980s and ’90s I made annual trips to Bozeman, an attractive college and ski town, with good shops and restaurants, in the thin air of the Rocky Mountains, to visit Ernest Hemingway’s former secretary and daughter-in-law. She now worked as secretary for one of the city’s Catholic churches and through her I met a congenial group of elderly Irish priests who’d all attended seminary together fifty years ago. In old age they continued to answer urgent midnight calls in the midst of raging subzero blizzards.

The priests lived in two different social worlds. They were formal with their parishioners and intimate with their colleagues. I was ecumenically included in their circle, and felt unusually safe and protected. I met them at the same time as I began my friendship with and writing about the occasional Commonweal contributor J. F. Powers, who composed gently satiric novels and stories about the trials of the Catholic clergy in the upper Midwest. The real and fictional priests had the same shared background, friendships and conversation, conflicts, complaints and criticism of influential busybodies who interfered with their work.

I found these priests (the first I’d ever met) sympathetic and intelligent, fond of eating and drinking (though some had to be on the wagon). They were even willing to hear my pope jokes: the pope ordering a pile of pizzas in the Vatican, the dying pope revived by his first sexual experience. In their shabby rectories, they not only embodied Powers’s fiction by talking about their priestly duties, but were also willing to discuss their personal lives and to confide in a friend outside the parish and the faith about demanding parishioners, tormenting loneliness, and drinking problems. As working priests they were as critical of the church hierarchy as I was of university administrators. But they admired the Jewish-born Cardinal Jean-Marie Lustiger, archbishop of Paris, and supported the liberal Archbishop Raymond Hunthausen of Seattle, who had previously been bishop of Helena, Montana. Hunthausen came into conflict with Cardinal Joseph Ratzinger, later Pope Benedict XVI, who curtailed Hunthausen’s administrative duties and liturgical powers.

I admired the coffin fitted out with bookshelves that Fr. Ernie Burney had stored in his basement crypt. When he told me there was no St. Ernest, I urged him to go for it and seek martyrdom among the unconverted tribes of Montana. As the time came to remove the bookshelves and prepare to squeeze his bulky frame into the coffin, Ernie did not welcome the prospect of salvation, but was bitterly angry and afraid of his impending death.

Fr. Tom showed me a postcard sent by an Irish colleague during John Paul II’s visit to Knock, Ireland. It depicted a priest, assuming a correct cringe and sycophantic smile, telling a disastrously unfunny Polish joke to the stone-faced pope. The unfortunate courtier, sent much against his will as a missionary to the Congo, disappeared into the jungle and was never heard from again.

Fr. Gregory had a red nose, veined cheeks, and rough-hewn peasant features. “Good Greg” (in contrast to “Bad Greg,” my friend’s ex-husband) was a sharp social observer. He often struck up conversations with strangers, made easy contact with everyone, and immediately recognized a honeymoon couple when we stopped for lunch at a mountain lodge. He was an efficient parish administrator and fundraiser, as keenly interested in the state of his stocks as in the state of his soul. After acquiring a substantial fortune through years of shrewd investments, he was assiduously courted by his nieces and nephews on his frequent trips to Ireland.

But he lived simply and bought his leisure clothes in thrift shops. Despite his imperious manner, Good Greg had a sense of humor. When I cheekily provoked him by saying I couldn’t eat my dinner while looking at his hideously bright green polyester shirt, he surprised me by dutifully leaving the table and returning with a less offensive garment. As a gesture of friendship, he canceled his subscription to the New Yorker when John Updike wrote a nasty review of my life of Scott Fitzgerald. I also tested his tolerance by bringing up the subject of child-molesting priests. Greg countered that there was a rotten apple in every barrel, and I silently wondered if the whole barrel was rotten. He warned my friend to keep her altar-boy son away from a local priest, but did not inform the church authorities or tell other parents.

Going for a swim one day in the fast-flowing hot and cold currents of the Yellowstone River, we found a new SUV with a Utah license plate that had just pulled into the trailhead, taking up one of the few parking spaces and encroaching on another. Good Greg, forceful as always, asked them to move over. When they refused, he showed the Inquisitional zeal of the Counter-Reformation by exclaiming: “Mormons. They’re not even Christians!” As my friend edged her car into the exceedingly narrow space that remained, the nervous Mormons hastened to give way.

Fr. Sarsfield, a striking contrast to Good Greg, lived in Butte, about eighty-five miles west of Bozeman. Butte, once prosperous, was now a ravaged old Anaconda copper town. The ore, torn out of the mountains many years ago, had left gaping holes in the surrounding hills. Migrant birds touching down on its mephitic city-center lake died within a few minutes. Houses there were cheap, stores were boarded up, and the downtown was scarred by army recruitment offices, pawn shops, and slot machines. When Good Greg retired and moved to Butte he defended the mild gambling, which he felt gave the bored and unemployed inhabitants something to do. His new flat, he proudly exclaimed, had a fine view of the house that had once belonged to the motorcycle stunt man and local hero, Evel Knievel.

Sars—tall and handsome, dignified and kind—was more spiritual and scholarly than his colleagues. A hopeless bureaucrat, uninterested in material matters, he had a poor parish that limped along on the edge of insolvency. The unworldly Sars sprinkled his speech with “God bless him” or “Lord love her” whenever a friend’s name was mentioned. A tireless raconteur, he told a joke about an unfortunate child who was not born in town, “but a little outside Wedlock.” He loved to imitate the tiny voice of a Protestant infant in Northern Ireland who was dressed in orange for patriotic occasions and taught to damn the pope. When Sars approached a bride on her wedding day, she obstructed him with a noli me tangere greeting and bright fingers extended, and warned him, “Don’t touch me, Father, my nail polish is still wet!”

Sars lived with his frail older sister, Veronica, who had had a one-month marriage a half-century ago. She had the uncanny loaves-and-fishes ability to enter a restaurant, eat a full meal and, by judicious solicitations of adjacent tables, take home more food than she’d ordered. When Vernie worked in a Butte shop, she tried to interest a customer in a suitable birthday gift for his wife. After he’d rejected several suggestions, she said, “How about a book?” and he replied, “She got one.”

Sars’s rambling fifteen-room house had a holy-water font at the entrance. It was packed with tacky religious objects and pictures, though he also had a decent copy of an elongated El Greco saint. For many years I had been trying to buy Sars’s fine copy on oak panels of a painting by Hans Holbein. Since he couldn’t recall when he bought it or what he paid for it, we could never (without expert advice, unavailable in Butte) determine its value. Sars was under the impression that “R. Southwell,” lettered in the background, was a portrait of the Jesuit poet, priest, and martyr Robert Southwell (1561-95), executed in the reign of Queen Elizabeth. I did some research and discovered that it actually portrayed the Protestant villain and convicted murderer (pardoned for a price), Sir Richard Southwell (1502-64). He’d helped incriminate Sir Thomas More, betrayed his childhood friend the Earl of Surrey, and under King Henry VIII was instrumental in destroying the Catholic monasteries and confiscating church property.

Though dated 1554, this portrait was probably painted just before it was placed in its heavy, black, elaborately carved seventeenth-century Dutch frame. An inexact copy of the original in the Uffizi Gallery in Florence, the painting may have been commissioned by descendants who wanted Southwell to appear less villainous. His clothes and pose in the copy—seated in three-quarter view and with folded hands—are the same as the original. But his face is coppery and thinner, his nose less snouty and a neck scar from a knife wound brushed over. Holbein’s inscription on his painting of the handsome Cologne merchant Derich Born also describes his portrait of Southwell: “Add but the voice and you have the whole self, and you may doubt whether the painter or the father has made him.”

In the summer of 2005 Sars summoned me to Butte. As we reminisced about the lately deceased Vernie and sat down to lunch, he declared, “I have something important to tell you.” Just then, as I leaned forward to catch his words, we were dramatically interrupted by a phone call. Then, following Vernie’s wish (“Lord love her”), Sars gave me the portrait—the nicest gift I have ever received.