Bannon Tries to Drive a Wedge in the Church 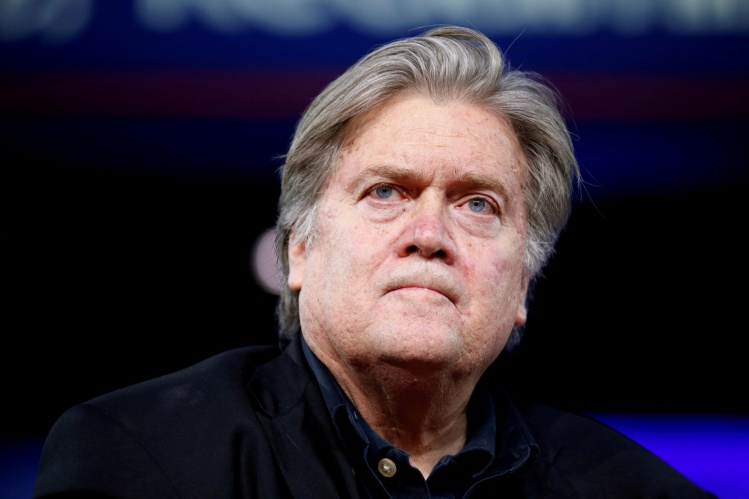 President Donald Trump’s former chief strategist Stephen Bannon, a Catholic, has long been a leading figure in fueling a nativist and xenophobic political movement that catapulted from fringe status to the heights of political power in November. The self-regarded populist who wants to “bring everything crashing down, and destroy all of today’s establishment,” as he described it during a 2014 Vatican conference, is now blasting U.S. Catholic bishops for strongly condemning Trump’s decision earlier this week to end protected status for nearly 800,000 young undocumented immigrants brought to the United States as children.

Bannon didn’t stop there. He went on to play amateur theologian. “As much as I respect Cardinal [Timothy] Dolan and the bishops on doctrine, this is not doctrine,” Bannon said. “This is not doctrine at all. I totally respect the pope and I totally respect the Catholic bishops and cardinals on doctrine. This is not about doctrine. This is about the sovereignty of a nation. And in that regard, they’re just another guy with an opinion.”

Bannon’s comments should be deconstructed from the perspective of Catholic moral theology, the growing Latino makeup of the church, and his raw political calculus. Catholic social teaching on immigration isn’t a liberal Democratic talking point. It’s rooted in the ancient Biblical command to welcome the stranger, the prophets’  insistence that nations will be judged by how the powerful treat the weak, and Jesus’ ministry on the margins. Bannon shows equal levels of arrogance and ignorance when he lectures Catholic bishops on what constitutes “doctrine.” Church leaders who roundly rebuked Trump’s decision applied a foundational Judeo-Christian command to treat all immigrants with dignity to a specific public policy question that has undeniable practical and moral consequences. The church’s positions on immigration, of course, are not the same as dogmatic belief in the Incarnation or Resurrection. This does not change the fact that the command to protect and love the immigrant is a foundational, doctrinal truth inseparable from and essential to the church’s millennium of moral teaching.

Bannon shows equal levels of arrogance and ignorance when he lectures bishops on what constitutes doctrine.
sharetweet

Bannon’s claim that Catholic bishops oppose Trump on this decision for purely expedient reasons—“illegal aliens to fill the churches”—not only gets the theology dead wrong, but also reveals his deep fear of an increasingly Latino church and country. The majority of Catholics under the age of thirty are now Latino, and the U.S. church’s geographic center of gravity is shifting from the largely white ethnic enclaves of the east coast and midwest to the south and southwest. An immigrant church that once provided a refuge and a source of hope for Catholic European immigrants who were looked upon with contempt by the Protestant establishment is now welcoming again waves of immigrants from Mexico, Central, and South America. The color of and language spoken by these immigrants has changed. The church’s commitment to immigrants has been consistent and unshakable.

Whatever his loathsome views, Bannon is a shrewd political strategist. He understands that a more diverse church that speaks boldly for the rights of immigrants is a serious political threat to mainstreaming the ideology of white nationalism and electing leaders who want to institutionalize its racist tenets. To be clear, Bannon doesn’t really care about theology or the insider-baseball of church politics. His aim is raw political power at the highest level. Trump’s ascent to the presidency, built on the edifice of white identity politics, is evidence that Bannon’s dark vision of a fortress America, where refugees are kept out and African Americans and immigrants know their place, has traction. Bannon wants to drive a wedge in the Catholic church, keeping white Catholics who voted for Trump afraid and politically mobilized, while squelching the power of an emerging generation of Latino Catholics who threaten his end game.

Catholics and all people of conscience who care about democracy and the common good underestimate this threat at our own peril.