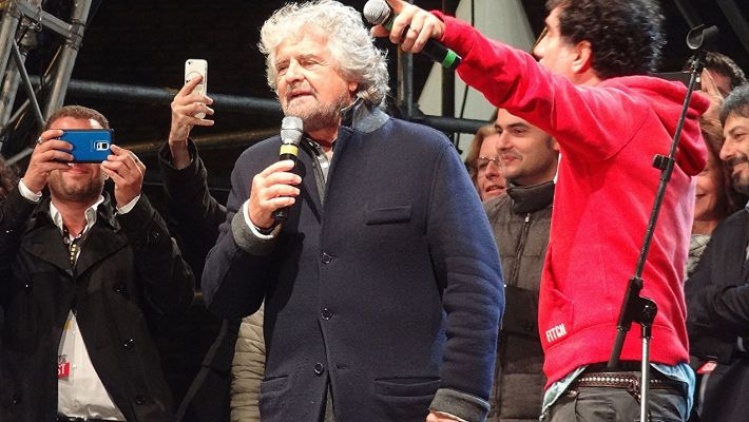 Donald Trump’s astonishing victory in the presidential election has provoked much soul-searching among social progressives. Much of it, inevitably, is focused on strategy and tactics—where should Hillary Clinton have focused her campaign, the ball and chain of the email charges. What might be more interesting, and more important, is that the Trump phenomenon seems to be part of a broader “populist” movement that is sweeping through most advanced countries.

Those of us of a certain age naturally recall the almost half-century-ago disruptions of 1968 that wrapped together the civil-rights movement and the opposition to the war in Vietnam.  The Democratic convention was held in Chicago that year, forever etching memories of Chicago’s Mayor Richard Daley, his face distorted in hatred as he cursed at the demonstrators. Both Martin Luther King Jr. and Robert Kennedy were assassinated. Urban riots racked up alarming death tolls, while great universities were shut down.

But 1968 was not just about America. For several months in May, France was brought to a standstill. A million students, soon joined by up to 10 million workers, shut down much of the country. The imperious president, Charles de Gaulle, snuck out of Paris to the safety of a French military base in Germany. Similar movements blossomed in Czechoslovakia and Poland, only to be brutally put down by Soviet tanks and local Communist forces. There were disturbances in Mexico, Brazil, Japan, West Germany, and Italy. There was little evidence of cooperation between protesters in different countries. News broadcasts of disturbances spawned local copy-cat replication. Flash crowds could be mobilized even before Facebook.

The current populist movement is both as disparate and as uncoordinated as the one in the ’60s. The fervor of both was stoked by remote wars—now, particularly from the millions of refugees from the U.S.-sponsored wars in the Middle East. The most obvious difference is that the 1968 movement was driven by the left—and an elitist one at that—while the current movements target the less educated demographics who have borne the worst consequences of globalization, even as the one-percenters take most of the rewards.

The “Brexit” campaign (the British vote to withdraw from the European Union) appealed to the same blue-collar constituency that Trump did. The UK Independence Party (UKIP) was supposed to disband after the victory but, under its new leader, Paul Nuttal, is targeting the Labour Party as a co-opted and corrupted establishment cat’s paw. The UKIP platform is anti-trade, anti-immigration, and anti-centralized government. The major policy misalignment with Trump’s platform is that UKIP wants more funding for the National Health Service. (And Trump may find Obamacare rather more difficult to kill than he seems to think. Republicans are already discussing a years-long phase-out.)

In France, Marine Le Pen, leader of the French National Front (FN), is the hero of racist and nationalistic groups in Europe and the United States, although she conceals the racism rather better than her father did. The establishment presidential candidate for next spring’s election is a former prime minister, François Fillon, a deeply conservative Catholic of almost Bourbonist leanings, who wants to introduce a harsh dose of laissez-faire economics. His support for labor policies unpopular with the French working class may well make Le Pen the next president of France.

Weirdly, Fillon, despite his background, is also a fan of Vladimir Putin, as are many of the hard-right groups in the United States. Stephen Bannon, Trump’s chief strategist, was quoted in the New York Times saying that “we, the Judeo-Christian West, really have to look at what [Putin’s] talking about as far as traditionalism goes.” Speaking of strange bedfellows.

The populist persuasion is sweeping through Europe. As this is being written, the Italian prime minister is stepping down after losing a major initiative to streamline the country’s comically labyrinthine and corruption-prone governing apparatus. Sweden, normally a beacon of equality—a “humanitarian superpower,” in the words of a Swedish newspaper—is being overwhelmed by Middle Eastern refugees. Swedish politicians are, mostly reluctantly, exploring the possibility of withholding citizenship for specific classes of refugees and accelerating deportations of  undesirables. In Germany, the stresses of mass immigration from the Middle East may scupper the career of Angela Merkel, perhaps Europe’s best politician.

None of these developments can be laid at the feet of Donald Trump. He is still a reality-television star who tapped into a vein of discontent that was flourishing without him. For the moment, he is an amplifier of dissent, and a disruptor of normal governing processes. And for the moment, at least, aside from his promises to build infrastructure, his main policy initiatives—drastic cuts in health care for the bottom half of the population, lack of action on minimum wages, and major tax cuts for the very wealthy—seem to cut directly against the interests of the working people who put him in office.