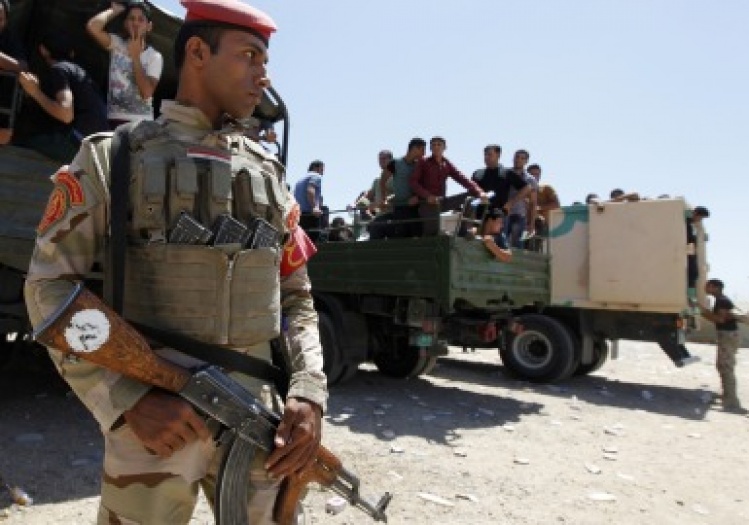 In an address to West Point graduates in May, President Barack Obama articulated his vision of a more restrained U.S. foreign policy. Attempting to steer a course between a self-defeating isolationism and an incautious interventionism, the president argued that it would be wrong to send troops “into harm’s way simply because I saw a problem somewhere in the world that needed to be fixed, or because I was worried about critics who think military intervention is the only way for America to avoid looking weak.”

In many ways, the speech was Obama’s response to those who have called for U.S. military intervention in Syria. The president resisted those demands, as he has recently in the Ukraine, and before that in Egypt. One of the hallmarks of Obama’s presidency has been his reluctance to send U.S. troops into combat if there is no clear-cut and realistic objective. He was elected in part to wind down two of the longest wars in American history, a promise he has largely kept. The current situation in Iraq, however, may yet pull the United States back into that country, and thus threatens to undermine Obama’s efforts to reorient American foreign policy.

In mid-June, an offshoot of Al Qaeda took control of Mosul, Iraq’s second largest city; it would go on to take Tikrit and several other towns on its march from the Syrian border southeast toward Baghdad. The group, composed of Sunni militants who call themselves the Islamic State of Iraq and Syria (ISIS), formed in the wake of the 2003 U.S. invasion of Iraq. As Iraqi Prime Minister Nouri al-Maliki—a Shiite—increasingly shut Sunnis out of his government, ISIS’s resolve strengthened. By alienating Sunnis, Maliki inadvertently helped ISIS, which found Sunni tribal leaders eager to partner with the group to drive Iraqi troops out of northern and western Iraq. ISIS now threatens Baghdad and the Shiite-controlled government the United States left behind.

Predictably, Republicans blame Obama for this resurgence of Iraq’s sectarian civil war. Sen. John McCain (R-Ariz.) demanded that the president’s entire national-security team resign. Sen. Lindsey Graham (R.-S.C.) urged immediate airstrikes. “The next 9/11 is coming from here,” he predicted. That’s why, as Rep. Mike Rogers (R.-Mich.) claimed, “it’s too late to have long political reconciliation meetings.” In an op-ed, former vice president Dick Cheney wrote, “Rarely has a U.S. president been so wrong about so much at the expense of so many.”

But other, more fair-minded critics have also argued that Obama did not push Maliki hard enough to allow residual U.S. forces to remain in Iraq to help the Iraqi army maintain stability in the region. (American combat troops withdrew in 2011, according to the terms of an agreement signed by George W. Bush.) It seems unlikely, however, that a small contingent of U.S. troops would have made much difference so long as Maliki insisted on marginalizing the Sunnis and grabbing as much power as he could. The Sunnis do not trust Maliki, and for good reason.

At a June 19 press conference, Obama stressed that long-term Iraqi stability can come only through political reconciliation between Sunnis and Shiites. He pledged that American combat troops would not return to Iraq. But he also announced that he would send three hundred “advisers”—reportedly Navy SEALs and Army Rangers—to assist the Iraqi military. “We will be prepared to take targeted and precise military action if and when we determine that the situation on the ground requires it,” Obama explained. That may sound bellicose, but the president is being realistic. ISIS may not be poised to launch “the next 9/11,” but it is well armed and well funded—and its ranks are growing. If it establishes a stronghold in an ungovernable part of Iraq, the United States will have to watch carefully. Surely the task of guarding America’s vital interests is better handled by its enormous intelligence and security apparatus than by launching another invasion in the Middle East.

During his press conference, Obama readily acknowledged the danger of “mission creep,” and promised that the United States would not take sides in a sectarian war. Echoing his West Point speech, he cautioned: “What’s clear from the last decade is the need for the United States to ask hard questions before we take action abroad.” Many Americans welcome the president’s determination to avoid entangling the nation in another misadventure in the Middle East. But if he is to stay true to his own foreign-policy doctrine—if he is to show that the United States has learned something from the long and largely misguided “war on terror”—he needs to explain in much greater detail what sort of threat would compel him to order military action in Iraq.