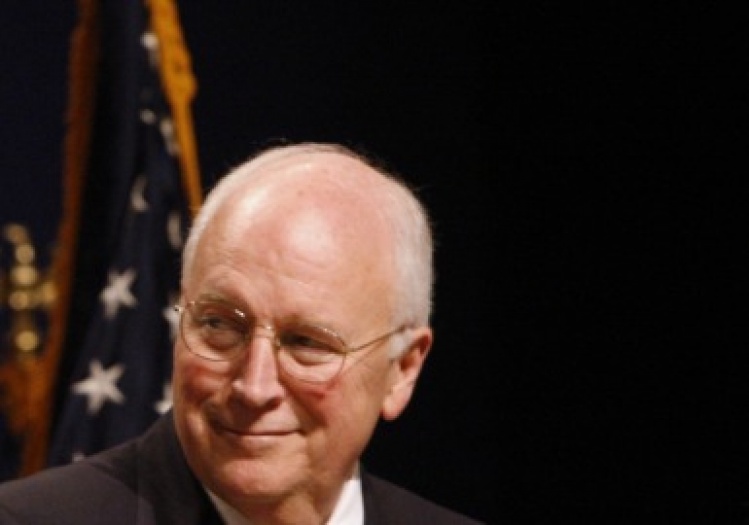 The infinitely valuable Yiddish word “chutzpah” is defined as “shameless audacity” or “impudence.”

It’s singularly appropriate for the astonishing op-ed piece that former Vice President Dick Cheney and his daughter Liz published in The Wall Street Journal on Wednesday. It’s not every day that a leader of the previous administration suggests that the current president is a “fool” and accuses him of intentionally weakening the United States.

“President Obama seems determined to leave office ensuring he has taken America down a notch,” the Cheneys write. Are they charging our president with treason? “President Obama,” they write, “is on track to securing his legacy as the man who betrayed our past and squandered our freedom.”

“Only a fool,” they say, “would believe American policy in Iraq should be ceded to Iran, the world’s largest state sponsor of terror.” As if this is what Obama is doing -- and as if it wasn’t the invasion Cheney so passionately supported that vastly strengthened Iran’s hand long before Obama took office.

The Cheney polemic would be outrageous even if our former vice president’s record on Iraq had been one of absolute clairvoyance. As it happens, he was wrong in almost every prediction he made about the war.

On March 16, 2003, just days before the war started, Cheney sat down with the late Tim Russert on NBC’s “Meet the Press” for what still stands as the most revealing of the prewar interviews. Cheney was adamant that “to suggest that we need several hundred thousand troops there after military operations cease, after the conflict ends, I don’t think is accurate. I think that’s an overstatement.”

“We will, in fact, be greeted as liberators,” he famously said, and proceeded to play down the very sectarian divisions that are plaguing the country now. Russert asked: “And you are convinced the Kurds, the Sunnis, the Shiites will come together in a democracy?” Cheney replied quickly: “They have so far.” He went on:

“If you look at the opposition, they’ve come together, I think, very effectively, with representatives from Shia, Sunni and Kurdish elements in the population. They understand the importance of preserving and building on an Iraqi national identity. They don’t like to have the U.S., for example, come in and insist on dealing with people sort of on a hyphenated basis -- the Iraqi-Shia, Iraqi-Sunni -- but rather to focus on Iraq as a nation and all that it can accomplish as a nation, and we try to be sensitive to those concerns. I think the prospects of being able to achieve this kind of success, if you will, from a political standpoint, are probably better than they would be for virtually any other country and under similar circumstances in that part of the world.”

Ah yes, regime change would work out just fine -- better than fine. “Extremists in the region would have to rethink their strategy of jihad,” Cheney had told the Veterans of Foreign Wars seven months earlier. “Moderates throughout the region would take heart.” Plus a bonus: “Our ability to advance the Israeli-Palestinian peace process would be enhanced.” This was the war that would cure all that ailed us.

Thanks to the Cheney op-ed, we can see how Obama’s hawkish critics are out to create a double standard. Whenever they are called out for how mistaken they were about Iraq in the first place, they piously lecture against “relitigating the past” and say we must instead look forward. At the same time, many of them feel perfectly free to trash the president in extreme and even vile terms.

I am all for looking forward and trying to find an approach that squares the many contradictions we face: of needing to defeat the Islamic State of Iraq and Syria while also pushing Iraqi Prime Minister Nouri al-Maliki to stop pursuing anti-Sunni policies that are empowering the forces we need to turn back; of being on the same side as Iran in Iraq’s current emergency but on opposite sides over Syria; of wanting to avoid steps that will make things worse while not being paralyzed; and of not plunging into the middle of a Shiite-Sunni civil war while trying to stop the region’s descent into chaos.

Obama sees these contradictions and says he won’t act rashly. You don’t have to agree with Obama’s every move to prefer his prudence to the utter certainty that “we will be greeted as liberators” and to a habit of underestimating the costs of military action.