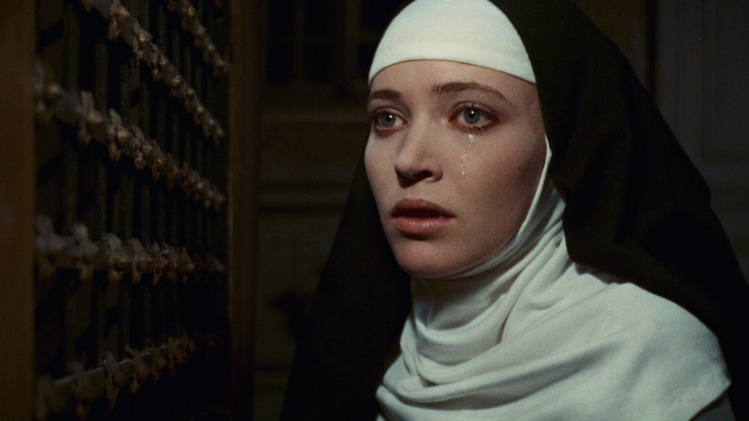 Restrictions imposed to slow the spread of COVID-19 have had a devastating impact on art institutions, commercial and independent alike. In the world of film, major-studio releases are delayed, independent films are falling through the cracks as theaters across the United States go dark, and repertory programs have been cancelled altogether. As unequivocally rich as cinematic history is, accessibility to those riches can be limited even in ordinary times—whether it’s a shortage of quality prints, legal and distribution issues, or plain-old unavailability. That’s what makes repertory screenings so vital, especially when a theater takes pains to show a new restoration or archival print. These independent theaters deserve year-round support.

Thankfully, it’s possible to catch up on some of the casualties of the COVID closings from the comfort of home. Here’s a look at three films—all available through streaming—that were to have appeared in April as part of a special program of movies featuring nuns at New York’s Metrograph Theater.

Michael Powell and Emeric Pressburger were early specialists in mythical technicolor melodrama. 1947’s Black Narcissus just might be their richest thematic achievement—a knotty, empathetic portrait of repression and faith in crisis. An order of nuns under the tutelage of ambitious Sister Clodagh (Deborah Kerr) come to the high Himalayas to establish a school and hospital for the local population, despite the inevitable clashing of cultures (the seraglio they operate from was once home to a harem) and the arid harshness of the mountainous environment. Powell and Pressburger don’t dismantle the idea of faith, but rather cast a nuanced view on its practice, whether as an expression of privileged cultures or one of authentic belief in the divine and true hope for salvation. The cast––which not only includes David Farrar and Kathleen Byron, but also the one-and-only Sabu as “The Young General”––hold their own remarkably as their characters’ resolve is tested throughout each glorious studio set-piece, captured sumptuously by cinematographer Jack Cardiff. More deliriously noirish and tense than its premise would initially suggest, Black Narcissus brings surprises at nearly every turn; the simplest of moments or gestures carries visceral symbolic weight, whether the daily ringing of the church bell or the shock of crimson on one sister’s lips, the otherwise mundane cosmetic application signaling an explicit break from the convent.

Available on Amazon Prime, iTunes, and The Criterion Channel

How valuable the ordinary and quotidian become when they’re not within easy reach.
sharetweet

Jacques Rivette’s La Religieuse, based on the Denis Diderot novel of the same name, is a daunting film, one in which religious power structures are used to examine the precarious and altogether fragile position of women in the 18th century. The helpless young Suzanne Simonin (a heartbreaking Anna Karina) becomes the object of atonement for her adulterous mother, whose husband is unaware that another man has fathered her, and is forced to take the vows of chastity, obedience, and poverty and enter the convent. Here she becomes trapped in its elaborately cruel inner-workings, her appeals for release from religious life denied time and time again, even in spite of attempted interventions on her behalf. The best she can get is a transfer, but a move from the harsh ascetic environment of one to the seemingly open and natural atmosphere of the other offers no reprieve: she may no longer be subject to physical punishment, but the psychological manipulation—in the form of inappropriately over-the-top affection—exacts its own toll. At no point are we led to think that Suzanne has the possibility of agency. Rivette conveys this via a series of kinetically assembled conversation pieces, that although verbose never devolve into the didactic. Seemingly rational discussions of faith are often ruptured by moments of emotional terrorism and objectification, and then-vice versa, an ever-swinging pendulum of mood and tone that helps the viewer feel Suzanne’s shaky disorientation. Rivette understands the necessity of preserving the attractive, if occasionally discomfiting, aspects of convent life––and of faith in general––in leveling his critique. Suzanne isn’t just combatting the strictures of an institution, but the mob mentality that can often fester within. Criticized by the Catholic Church and France’s Minister of Information upon release, La Religeuese was effectively denied a theatrical run, then in decades to come languished exclusively on VHS until Kino Lorber’s successful re-release last winter.

Available on The Criterion Channel and Kino Now

An early project from Chicago’s Kartemquin Films collective––which would later release Steve James’s Hoop Dreams and Bing Liu’s Minding the Gap––the documentary Inquiring Nuns is no time-capsule curiosity, although it does feature an early, rinky-dink Phillip Glass score. Rather, it’s a vivid chronicle of universal concerns as expressed by the subjects to whom this pair of Chicago nuns puts a simple question: “Are you happy?” Sisters Marie Arne and Mary Campion, who served at St. Denis Parish in Chicago's Southwest Side at the time of filming, interview numerous ordinary Chicagoans in the fateful year of 1968. The answers they receive—no matter the occasional explicit reference to LBJ or Vietnam—sound just as relevant and applicable today, as Americans try to maintain their sanity, creative temperaments, and basic peace-of-mind in the face of what feels like inevitable collapse. The subjects are remarkably open to the sisters, and many respond without hesitation or confusion about what they’re participating in, eager to get their voices heard by a figure with some degree of authority. It’s an inherently political documentary, not only for the weighty matters that inevitably come up, but also—and especially—for the simple, everyday desires that are voiced: to feel calm, to have the time to play the saxophone, to make dinner for your family. How valuable the ordinary and quotidian become when they’re not within easy reach.

Available on Amazon Prime and Fandor