The Arab Had a Name 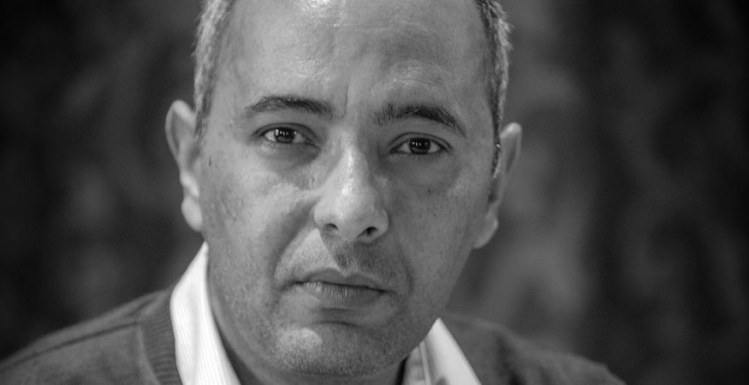 Several years ago, I found myself on the beachside terrace of a hotel bar sitting across from one of my relatives, a middle-aged man who, as he never fails to mention, was a philosophy major two decades ago. Rants were an indulgence he frequently paired with martinis, rants that usually started with high tax rates and ended with a lament about the absurdity of the world. That it was his wedding night made no difference: “Have you read The Stranger? A brilliant book! That’s what I’m talking about—the absurdity of life!”

This strikes me as the typical American idea of The Stranger. Most often read in high school or college, when philosophical justifications for rebellion are most appealing, the book is usually thought of and described as a French philosophical novel. If one described it as an Algerian book about a murder, most American readers would knit their brows. In the Algerian imagination, however, The Stranger and its author, Albert Camus, both cut a far more complex figure. Speaking for his fellow Algerians, the writer Kamel Daoud recently remarked, “[The Stranger] is a philosophical novel, but we’re incapable of reading it as anything other than a colonial novel.” In The Meursault Investigation, recently translated from the French, Daoud works out the complexities of this Algerian response to Camus’ classic novel.

The premise of The Meursault Investigation is that The Stranger is a true story, written by its narrator, Meursault, from prison. Set at a bar in Oran, The Meursault Investigation is written as a monologue delivered by an old man named Harun and addressed to an unnamed French student—a scenario borrowed from another Camus novel, The Fall. Over the course of several nights, Harun, now an old man, recounts the other side of that famous 1942 murder when a nameless victim was shot down on a hot Algerian beach.

“There’s something I find stunning,” Harun says, “and it’s that...nobody at all ever tried to find out what the victim’s name was.... Everyone was knocked out by the perfect prose.” Camus—whose journalism was certainly sympathetic to the plight of Algeria’s indigenous Muslim population under French colonial rule—may have intended the victim’s namelessness to signify Meursault’s complete isolation. But in The Meursault Investigation, the question becomes whether The Stranger and its narrator treat the victim as a disposable prop. “My brother’s name was Musa,” Harun says, “But he’ll remain ‘the Arab’ forever.”

The first half of the book tells Musa’s story. It reads as a straightforward response to The Stranger and an indictment of Meursault and the French colonialism he represents. While Meursault became famous for his telling of the story, Harun’s family withered. His mother—long since abandoned by her husband—is distant and resentful. Although Harun did not know his brother well, his childhood is defined by Musa’s murder: “Mama transmitted me her fears, and Musa his corpse. What could a teenager do, trapped like that between death and the mother?” Like Meursault’s mother in The Stranger, Harun’s mother is an underdeveloped presence in the background of this novel, but Daoud employs her to good effect as a symbol for Algeria, an unstable motherland whose identity remains bound to the injustices of its colonial past.

Harun claims to have memorized The Stranger, and as a reader he is sardonic, astute, and obsessed. Much of his early monologue is spent dismantling the idea of Meursault as an anti-hero: “what in fact was never anything other than a banal score settling that got out of hand was elevated to a philosophical crime.” Even so, he esteems Meursault for his skill as a writer: “That’s your hero’s genius: he describes the world as if he’s going to die at any moment, as if he has to choose his words with an economy of breathing.”

In place of Meursault’s urgent economy, there is a lurching quality to Harun’s manner of expression. The reader experiences the thrilling unease of being cornered in a bar by a chatty drinker who is revealing too much. Yet there are strong linguistic and narrative parallels between the two stories. Harun peppers his tale with Meursault’s words. Sometimes he overtly steals. The famous first words of The Stranger are “Mother died today”; the first words of The Meursault Investigation are “Mama’s still alive today.” At other times, it seems as if Harun is doomed to recapitulate the book that haunts him. Halfway through, he discloses that he, too, has murdered someone: he killed an innocent Frenchman whom he found hiding outside the family’s house the night after Algerian liberation—twenty years after his brother’s death. When Meursault fired his fatal shot, “it was like knocking four quick times on the door of unhappiness.” When Harun fired, “It was like two sharp raps on the door of deliverance.” Though Harun tries to frame his killing as the opposite of Meursault’s, he can’t help borrowing Meursault’s language; here, and elsewhere, he seems to idolize Meursault in spite of himself.

The parallels between the two narrators extend well beyond their crimes. The second half of The Meursault Investigation casts Harun as a “stranger” to an Algeria increasingly under the influence of Islamic fundamentalists. Whereas Meursault’s quarrel with God was personal, Harun’s is societal. “Religion is public transportation I never use,” he remarks. “Centuries ago, I might have been burned alive for my convictions, and for the empty red wine bottles found in the neighborhood dumpsters. Nowadays, people just avoid me.”

In his review of The Stranger, Sartre commented, “The stranger [Camus] wants to portray is precisely one of those terrible ‘idiots’ who shock society by not accepting the rules of its game.... And we ourselves, who, on opening the book are not yet familiar with the feeling of the absurd, vainly try to judge him according to our usual standards.” In other words, Meursault is the ultimate Other, an idiot in the original sense of the word: someone who stands outside, if not against, the community. But in the seventy-five years since The Stranger was published, it has earned a massive readership, and so Meursault has become less the Other than an existential Everyman. That is why Harun insists that Musa is the real Other in The Stranger—the victim never given a voice or a name, a “brief Arab, technically ephemeral, who lived for two hours and has died incessantly for seventy years, long after his funeral.” The essential irony in The Meursault Investigation is that, as a character and a speaker, Harun ends up reminding us of Meursault rather than of the brother he would honor. Because he never had Musa to teach him how to speak, he borrows Meursault’s voice—an overbearing voice that won’t stop proclaiming its own otherness. The one who remains nameless in Daoud’s book is, in fact, the voiceless French student at the bar listening to this endless rant, a stand-in for the reader. Thus, after a long diatribe about returning Musa’s name to him, Harun says to his listener, with unintended irony, “No, the first night I always pick up the tab. By the way, what’s your name?”

In Algeria, where it was first published, The Meursault Investigation was met with strong sales and positive reviews. The following year, it was published in France and shortlisted for the Prix Goncourt, the country’s most prestigious literary award. Daoud’s success in France was met with suspicion back home. After he appeared on a French television show, where he responded to a question on Islam with critical comments on religion in the Arab world, an Algerian Salafist imam issued a fatwa on Facebook calling for Daoud’s execution. In America, where most readers have little knowledge of the complicated colonial history so central to Daoud’s book, the incident made headlines.

The Meursault Investigation is an impressive work. Reading it for the first time is more stimulating than reading The Stranger a second time. It is unfortunate that much of the book’s American publicity has to do with the reaction against Daoud in Algeria and not with the considerable literary merit of the novel itself. “Here is one of our own,” we seem to want to say of Daoud, “an enlightened, liberal hero in the midst of absurdity,” just like Harun. Perhaps. Or perhaps we are too ignorant of the Algerian situation to offer a more sophisticated appraisal. Like Meursault, we remain unable to name the Arab.

David Michael is a writer and film producer. His essays and reviews have appeared in the New Republic, Virginia Quarterly Review, the Paris Review Daily, and Books & Culture, among others. He lives in Brooklyn.