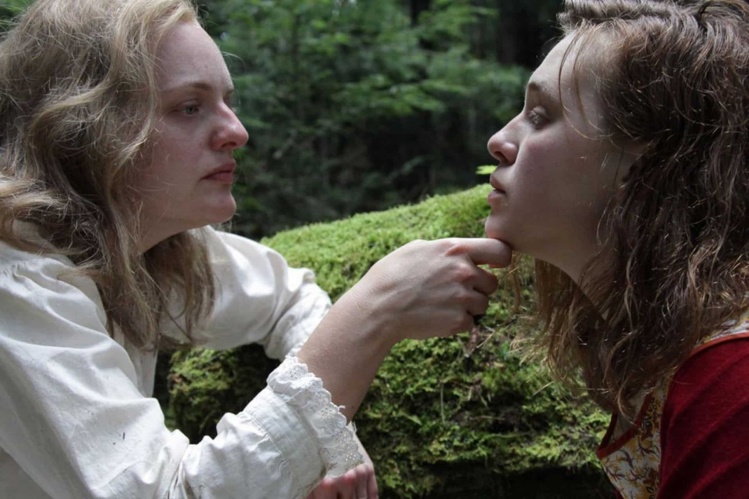 When the New Yorker published Shirley Jackson’s short story “The Lottery” in 1948, it inspired more letters from readers than any other piece of fiction the magazine had published. And no wonder: Jackson’s tale of a seemingly bucolic village with a horrifying annual tradition helped cement her reputation as a writer of literary suspense in the tradition of Edgar Allan Poe and Henry James. (Not all readers were equally horrified, though: there were some queries, perhaps overly casual, about where the letter writer could personally witness such a lottery.)

The success of “The Lottery” also provided Jackson with an opportunity for a little authorial mythmaking. (According to her author bio, she was “perhaps the only contemporary writer” who was likewise “a practicing amateur witch.”) As Jackson tells it, she got the idea for the story while running errands one morning. She went home, deposited her toddler in a playpen, left the groceries in the kitchen, and sat down to type the first draft of “The Lottery.” She made almost no corrections, sending it off to her agent the next day. Like most tall tales, this one isn’t entirely true—Jackson did tinker with the text—but it does give you a sense of who she was: a writer who knew the value of mythmaking, and a woman whose home life and artistic life were intimately intertwined.

In Shirley, the Sundance award–winning movie now available on Hulu, director Josephine Decker explores the psychic tension between these two roles to create a haunting domestic suspense story that Jackson would surely have approved of. To be clear, Shirley is not a biopic; Sarah Gubbins adapted the screenplay from Susan Scarf Merrell’s 2015 novel of the same name. The film reimagines the year that Jackson spent writing her second novel Hangsaman through the eyes of Rose Nemser (Odessa Young), a wide-eyed newlywed who has just arrived in Vermont. She and her husband Fred (Logan Lerman) are there to live with Shirley and her husband Stanley, a professor who has offered Fred a teaching job at the local college. What starts as a temporary living situation quickly turns toxic as the Jacksons use the younger couple as proxies in their own marital battles, playing on Rose and Fred’s fears and ambitions for their benefit and amusement.

Shirley (played by Elisabeth Moss) and Stanley (Michael Stuhlbarg) loom as larger-than-life figures from the first moment Rose sees them. When the Nemsers arrive at their new home, they find Stanley, bearded and wreathed in a laurel crown, dancing with a crowd of guests before a bonfire like a mad Dionysus. Shirley, meanwhile, remains inside the house, holding her guests spellbound as she recounts how she wrote “The Lottery” in a day. At the height of her creative powers, Shirley is nevertheless tied to her house, unable to leave because of her intense agoraphobia and her creative dependence on her husband (who spent their first date giving her edits on one of her stories). His description of their early courtship is downright predatory: “I knew I was going to marry the woman who wrote [that story],” Stanley explains, to the amusement of their guests. “I was going to hunt her down and make her marry me.”

In Jackson’s stories, the scariest demons often lurk inside her characters’ own minds.
sharetweet

Hunt, indeed. It’s fitting that her husband, purportedly Shirley’s biggest supporter, should evoke violence. Throughout Jackson’s fiction, domestic life is fraught with potential dangers: a sugar bowl could contain arsenic, a nursery might be the site of a haunting. Decker’s film translates that fraught ambiguity into psychological drama, often through pointed, cutting dialogue and intense, flickering camerawork. In Shirley, a dinner party can feel alternatively like a literary salon or a scene from a horror movie. With the oozing grace of a master manipulator, Stanley inveigles Rose into abandoning her college classes to play housekeeper and caretaker to Shirley. Rose, like Shirley, is now trapped inside the house, setting up the movie’s real focus: the artistic and emotional relationship between Shirley, the supposedly independent writer, and Rose, the young, innocent housewife.

In fictionalizing Jackson’s life, Shirley makes one important break with both its source novel and Jackson’s biography. In the film, Shirley and Stanley are childless, in contrast to a secretly pregnant Rose (a fact that Shirley quickly ferrets out and exploits for Rose’s embarrassment). In real life, Jackson had four children. While we remember her primarily for her fiction—suspense novels like The Haunting of Hill House and We Have Always Lived in the Castle—Jackson also wrote popular articles about her children’s antics and her own domestic mishaps for women’s magazines, later reshaping the material into two humorous parenting memoirs, Life Among the Savages and Raising Demons. In an era when not many women worked outside the home (much less wrote ghost stories for their day job), Jackson’s dual role as both mother and writer was one she played somewhat uneasily. In her essay, “The Third Baby’s the Easiest,” when Jackson arrives at the hospital to give birth, a clerk asks her for her occupation. “Writer,” Jackson replies. “I’ll just put down housewife,” says the clerk.

Jackson frames this as a comedic moment, but the anecdote illustrates the tension she lived daily as a wife, mother, and writer—a tension she often mined in her fiction. In Jackson’s stories, the scariest demons often lurk inside her characters’ own minds. By pairing Shirley-the-writer with Rose-the-mother, it’s as if Decker allows Jackson’s two sides to interrogate each other. Even as Shirley develops an artistic and sexual fascination with Rose, she continues to torment and embarrass her, teasing out her insecurities with an ease that suggests they are, in some ways, Shirley’s own. (“Motherhood comes with a price, you know,” Shirley warns Rose, despite having no children herself in the film.) If Rose is trapped in a Jacksonian haunted house, it’s clear that Shirley is the monster who haunts it.

Rose is not a passive artist’s muse—she begins to supplant Stanley as Shirley’s creative guide, and even feels protective of the woman who constantly insults her. When Rose and Fred finally do move out of the Jacksons’ house, she whispers to him, “I’m not going back to that.” But she’s not referring to Shirley. “Little wifey. Little Rosie,” she hisses. “That was madness.” Rose has become a haunted woman, an awakening that nods to Jackson’s powers as a writer. Her stories are full of thrills and drama, yes, but they also call for careful scrutiny of the mundane, a task that Shirley takes up as well. “I read your story,” Rose tells Shirley when they meet for the first time. “It made me feel thrillingly horrible.” To feel thrillingly horrible—to stay up late, unable to fall asleep, unsettled by something just out of reach—is the first step toward understanding the demons that haunt the everyday world around us.