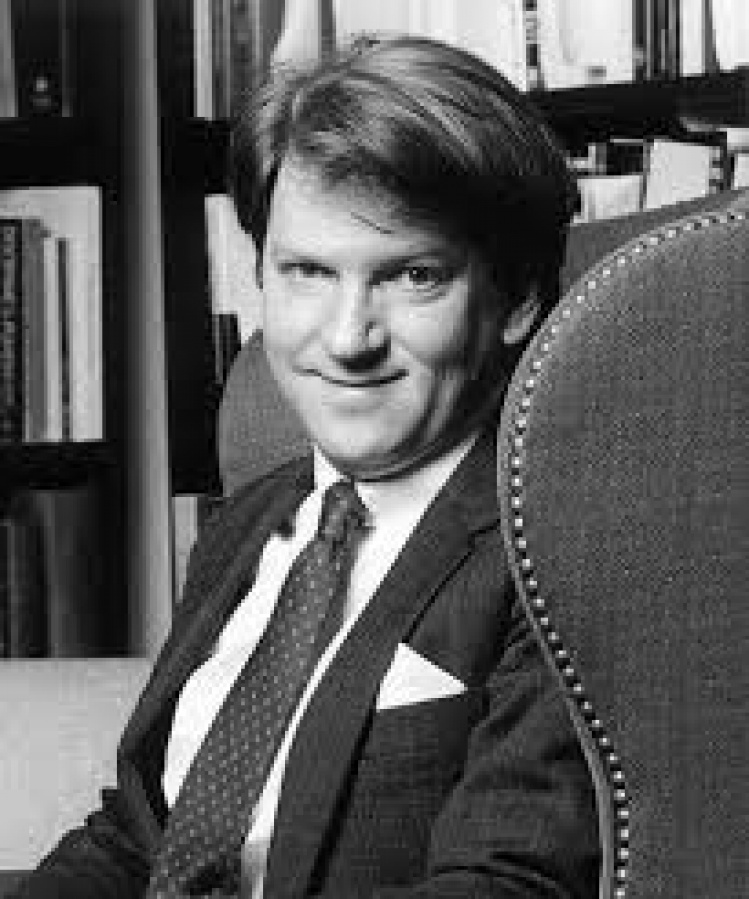 Those who welcome a clearly stated thesis will find Joseph Bottum’s new book highly gratifying. “The death of the Mainline [in Protestantism] is the central political fact of the last hundred and fifty years of American history,” Bottum writes in his provocative account of religious life in this country. “The lost Mainline is who we are. It’s what defines us.” To make sure we get it, Bottum, a wide-ranging author, practicing Catholic, and former editor of First Things, opens his thesaurus to search for variations on “death.” Turns out Mainline Protestantism not only died; it “crumpled,” “collapsed,” and ended in “catastrophic destruction.” The collapse of establishment Protestantism as the American civil religion, Bottum asserts, has left a deep void that continues to send seismic ripples of unease through the culture.

One senses in Bottum’s view of Protestantism a mixture of resentment and Schadenfreude. One can criticize him for hyperbole. But I’d begin by questioning the words “we” and “us” in his thesis. The author himself notes that the Mainline includes just upwards of 20 million people—about one-fifteenth of our current population. To give him his due, his argument is more cultural than statistical. He argues that many Americans who never were part of Mainline Protestantism, Protestantism itself, Christianity, or indeed formal religion in any observable sense, have lived off the deposit of this one brand of Protestantism. Toward this end, he focuses on several key figures who helped define this “Mainline.” Among these are Max Weber, the famous sociologist who saw a linkage between a certain kind of Protestantism and the rise of a certain kind of capitalism, and Walter Rauschenbusch, a leader in the Social Gospel movement of more than a century ago, which, in Bottum’s eyes, began to neglect witness to Jesus, who had been central in Protestant preaching, piety, and theology.

The accomplishments of such luminaries notwithstanding, An Anxious Age exaggerates the power of most churchgoing Protestants historically. That Episcopalians, Congregationalists, and Presbyterians dominated the boardroom (and the White House) to the exclusion of Catholics and Pentecostals is a fact that merits the sort of critical examination Bottum undertakes. Yet his elect are conspicuously more Northern than Southern, more Eastern than Midwestern; the drought-and-Depression Nebraskans of my childhood, for instance, were never in reach of joining the Mainline “elect.” While probably joining Bottum in lamenting the decline of some forms of “civil religion”—such as “public-school prayer”— they would not see themselves in his portrait of the dissolving Mainline elite.

Bottum is ambivalent about the kind of Americans the Mainline historically comprised. They were, as he describes them, arrogant, imperious, self-centered, snobbish, condescending, and eager to form “a new class.” Yet he believes that in their prime—anti-Catholic and smug though they were—the Mainliners contributed greatly to a vocabulary of moral purpose, along with some measure of consensus, “social stability,” and “cultural definitions.” So why are people in this tradition no longer the determiners of national culture? In charting the demise of their reign and the goods it delivered, Bottum might have paid more attention to theology—and in particular the way these enduringly Christ-centered believers produced generations of offspring who gradually thinned out their theological commitments and blended into the shallows of the semi-secular environment. And he might have done more with the basic fact of religious and ethnic pluralism and what it does to all inherited “-lines.” The nation’s embrace of such diversity over the past fifty years made it ever harder for anyone to claim dominance in public space for their religion.

Mention of pluralism leads into the other question Bottum addresses: if the decline of the Mainline Protestant culture left a void, what took (or might take) its place? The second half of his book deals with this key issue. It focuses mainly on a Catholicism gradually freed to come forward as the Mainline abdicated and anti-Catholic animus waned. By far the largest religious group, loaded with theological weight of the sort that Bottum applauds, and possessing a rich culture to bear on public witness and theology, Catholicism had its chance to accede to a central role in American life and the reestablishment of a civil religion. In Bottum’s analysis, however, it did not get its act together. Similarly, the long snubbed non-Mainline conservative Protestants, often southern Evangelicals, also had their chance, and they too failed.

An Anxious Age offers a positive portrait of one Mainline Protestant, the later Catholic convert Cardinal Avery Dulles, whom Bottum invokes to counter the pop-Catholicism of the better-known Fulton Sheen. But the masses of Catholics, it must be said, did not pick up much from Dulles. Members of the larger public, meanwhile, did not pick up theological-political signals from Catholics beyond what the opinion polls of recent decades told them—namely, that the majority of Catholics don’t even follow key Catholic moral positions such as opposition to birth control. Many other factors have contributed to Catholicism’s failure to grow as a civic force. Decades-long decline in the number of priests and religious, especially sisters, has left it weakened. Opposition to abortion does remain a potent political cause, but, divorced from other Catholic social teachings, it is not enough to become part of a revised “civil religion.” And Bottum weeps for the loss of public credibility caused by the clergy sexual-abuse scandal. Overall, the picture is hardly one of robust health.

In the end, Bottum has seemingly little hope to offer. He went to press too soon to assess the significance of Pope Francis, or the joyous response of so many Catholics and non-Catholics to a pontiff calling for—and exemplifying—concern for the poor and the marginalized. In any case, one doesn’t get the sense that Bottum is looking for a rich variety of hopeful signs. For instance, he does not acknowledge the faithfulness that remains among the 21 million people he counts as the Mainline’s current heirs. As for American Catholicism, Bottum points out that the large cohort of Latino Catholics is all that keeps participation in worship from matching the Protestant decline. But the author’s preoccupation with the cultural and political impact of churches keeps him from paying enough attention to the vital signs of religious commitment in countless parishes, among agencies of mercy, and in ecumenical and interfaith engagements.

Let me thank him for raising important issues—and then close on a guardedly hopeful (and very Protestant) note. As Bottum himself observes, cultures rise and cultures fall; I would add that the biblical tradition in its prophetic reach can disturb and disrupt settled “elites,” giving them new vision and motivation. Many who are not in the biblical tradition at least recognize justice and mercy when they are manifest among believers. “Post-parish Catholics and post-synagogue Jews,” as Bottum calls them—along with post-Protestants and others—may begin to respond to such religious witness, in their very diverse ways. It won’t be easy, but such a response could provide a fresh vision of who “we” are.

The Reform of the Papacy