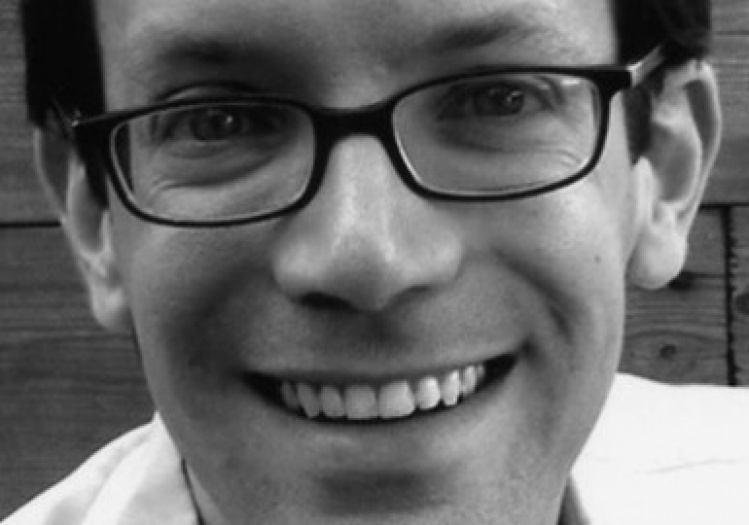 “The nature of poetry,” Wallace Stevens wrote in his essay “The Noble Rider and the Sound of Words,” is “an interdependence of the imagination and reality as equals.” A poet’s inner world and the realities of the world in which he or she lives coexist in every poem. All of us have our own imaginative lives that affect and are affected by our exterior worlds. The poet is someone who finds a language that expresses this essential human truth.

Belmont is Stephen Burt’s third book of poems. He is also the author of four books of critical prose and has been described in the New York Times Magazine as “one of the most influential poetry critics of his generation.” In his early forties, Burt is a professor of English at Harvard and lives in nearby Belmont with his spouse Jessie Bennett and their two children. “Belmont” is, in part, a metaphor that reflects the facts and realities of Burt’s suburban life. But the book is also structured around another Belmont, announced in its epigraph from The Merchant of Venice: “Come, you and I will thither presently; / And in the morning early we will both / Fly toward Belmont.” “Belmont” is equally a metaphor for Burt’s imagination.

Belmont opens with a prologue poem, “Poem of Nine A.M.” “Sing,” the poet says, evoking his muse, “for us whose troubles / are troubles we’re lucky to have....” Burt recognizes that he is lucky to have work that is “a refuge from home, and home from work.” The “us” of the poem is anyone who “might be living anywhere, / enjoying each other’s company, within bounds.” What Burt loved when he flew over the Grand Canyon, what moved his thoughts,  “were the flat hints of grids / that began and ended several miles away” and “then houses—some might have been trailers—so faint / and isolated next to those faint lines.” “We should never look down / on what gives strangers comfort,” the poem concludes, “on what we learn too late that we might need.”

In part one of Belmont, Burt explores what it is that we might need, moving us into his own reality grid “about three miles from the urban core” (“Belmont Overture (Poem of Eight A.M.)”). It is a world of everyday concerns, among them “our very small child” who “intends / far more than we can think, or see, or say” (“Nathan”) and the “small joy in some / Windy quality of a household” (“Reverse Deciduous Existence”). Part two shifts the emphasis, with an epigraph from Willa Cather’s The Song of the Lark: “It was as if she had an appointment to meet the rest of herself, sometime, somewhere.... Perhaps each of them concealed another person in himself, just as she did.” This epigraph provides the context for portrayals of the poet as child, adolescent, adult. As in part one, each poem is distinct in its originality and form, spoken in a multitude of voices—the voice sometimes a he, sometimes a she. The “I” in “So Let Am Not” is someone who “would flaunt a bottleglass-green / artificiality, / one streak in my straight-line hair, / I could learn makeup / badly, with a geek-girl flair…” The self of “Little Lament for the Legion of Super-Heroes” identifies with “winged Dawnstar; magnetic Cosmic Boy / And Matter-Eater Lad; Braniac Five; / Chameleon Boy. Light Lass. Star Boy. Dream Girl.”

Part three’s epigraph—“También las piedras son el río” (“the stones are the river as well”)—is from Octavio Paz’s “Mudra” and brings us back to ground. The poet’s imagination is, metaphorically, a river—its selves in a continuous flow. But a river is also its riverbed—its stones: the needs of the poet’s imagination are bottomed on the fullness of feeling he has for his family and his work. “When we ask that imagination discover the limits / of the real / world only slowly, / maybe this is what we meant,” Burt writes in “Butterfly with Parachute”—a poem about a drawing by his son. These are Belmont’s final lines, and they perfectly capture the book’s scope. Burt is a poet equally compelled by the discoveries of his imagination and the real limits of his world. What binds these together in this ambitious and superbly achieved book is love, which, Burts writes in “Prothalamion with Laocoön Simulacrum,” is “like a ligament, is able / to bind with more than chemical attraction, / to bend and turn, to take most sorts of stress— / so hard to model, shaped by such selection / to hold you together and take you where you want to go.”

VIJAY SESHADRI'S THIRD BOOK OF POEMS, 3 Sections, follows his widely acclaimed Wild Kingdom and The Long Meadow. Born in Bangalore, India, in 1954, Seshadri moved to Columbus, Ohio, when he was five. After graduating from Oberlin, he worked as a commercial fisherman, a biologist, a truck driver, and a logger before coming to New York City, where he received an MFA at Columbia and worked as an editor at the New Yorker. He is now a professor of writing at Sarah Lawrence College and lives with his family in Brooklyn. From the start, Seshadri’s work has explored the mind’s shifting relation to the world around it: what we know, or think we know, about time and space, mind and body, identity and self. Facets of his biography also appear throughout his poems. Informed by his émigré and racial identities, and the history and politics surrounding them, the layers of consciousness displayed in Seshadri’s work are those of an exceptionally sharp observer.

The three sections of 3 Sections—the winner of this year’s Pulitzer Prize in poetry—are not numbered; they appear instead to reflect the book’s different types of writing. The first section includes thirty-one poems, written in an array of expertly crafted forms and shapes. The second section, “Pacific Fishes of Canada,” is in prose, and the third, “Personal Essay,” is a long poem. The poems in the first section can be read as compressed equivalents of chapters in a novel; “Pacific Fishes in Canada” and “Personal Essay” can be read as experimental essays. The result is the feeling of three books in one, offering a dazzling mix of aesthetic, philosophical, meditative, moral, religious, political, and scientific languages, spoken in a spectrum of voices at times serious, wry, comic, and reflective. Whatever their subject or tone, and no matter how much specialized language they appropriate, the poems never lose their colloquial touch.

“Replicas of you are everywhere,” Seshadri writes in “Thought Problem.” “Some are Arabs. Some are Jews. Some live in yurts. It is / an abomination, but better that your / sweet and scrupulously neat self / emerges at many points on the earth to watch the horned moon rise / than all those dolts out there, / turning into pillars of salt wherever we look.” And there truly is a sense in 3 Sections of the poet being everywhere, imagining everyone and everything in expansive yet tightly formed language that holds the breadth and depth of its thought. The poet insistently explores the various languages that represent his various selves. The self in  “Nursing Home,” for example, notices that the “brain scans done on her show / her perisylvian pathways and declivities / choked by cities, / microscopic mercurial cities / made from her memories, / good and bad, / from the things she saw but didn’t see, / from the remembered pressure / of every lover she ever had.” In “A School Day in October,” the poet casts his eye on the “Distressed pieces of paper— / bills of lading, Starburst wrappers, flyers for the Paradise Club” that “littered the gutters and swirled in pipsqueak tornadoes spawned / by taxicabs blasting downtown” before asking, “On which of them was it written, I wondered, / that consciousness leaks from the broken seals, / the busted drumcases, the cracks in the housings, the fissures, / and teems viscously across the surfaces of the world?”

By the time we reach the book’s final section, “Personal Essay,” it is clear that consciousness is the book’s primary subject. In this masterful collection, Seshadri has written a book about the act of fully imagining what we already know to be true. Or, as the poet puts it:

And then, one more time, on cue,

that which they have called (how long have they called it that?)

without privation of any sort or kind,

the hundred names, none of which we speak because they burn our lips,

stumbles in to laminate to permanence

the now forever uncanny street, the old man, the bodega, the

self-sustaining in its self love...please, call it whatever you want....