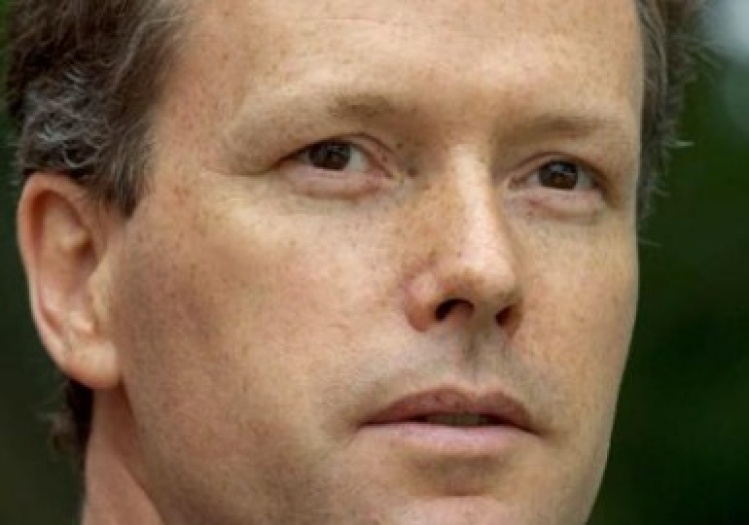 Writing poorly on purpose is best left to those who can write especially well. “Feather-footed through the plashy fen passes the questing vole” penned the accidentally famous William Boot in Scoop, only it was really Evelyn Waugh who strung together that and the other intentionally terrible (and hilarious) passages of prose in that novel.

Edward St. Aubyn writes badly in Lost for Words, which is another way of saying just how good, and funny, he is. A stylist often mentioned in the same breath as Waugh (and Kingsley and Martin Amis and Anthony Powell), St. Aubyn is best known for the five-part Patrick Melrose sequence of novels. Those individually slim volumes add up to a near-epic tracking of the title character from miserable childhood to drug-addicted young-adulthood to recovering-but-never-fully-repaired middle age. Incestuous pedophilic rape; casual misogyny and ritual humiliation; rampant drug and alcohol abuse; narcissism, cynicism, duplicity, infidelity—these are the pleasures to which St. Aubyn treats readers over the course of the complete narrative, populated mainly by members of Britain’s upper class. His achievement is making all of that not only endurable, but also—thanks to unrelentingly dark humor and an unapologetic embrace of irony—absorbing and moving, with the profoundly damaged and unlikeable protagonist taking firm hold of readers’ sympathies.

The Melrose novels simmer with the anger of someone who lived through the horrors he depicts; St. Aubyn was sexually abused by his father and suffered a long period of addiction afterward. Lost for Words seems to arrive as a self-imposed respite from his immersions in those traumas, with humor at the fore and a light touch ensuring a quick and comparatively untroubled read. That might disappoint those tuned to the black pitch of Patrick Melrose; back in 2011, the Guardian even wondered, only half facetiously, whether his readers would let St. Aubyn write about anything else. But fans can take heart in the fact that St. Aubyn is no less energetic in dismantling the self-satisfied objects of his ire than in examing his own wounds. In this case, his target is the British literary establishment, represented by a wide cast of characters that includes writers of questionable talent, critics seeking to maintain their precarious position as influencers of opinion, and publishers acting at the behest of the media conglomerates that write the checks. Then there are the members of the fictional Elysian Prize committee—riven by shifting personal and political alliances and prone to cutting side deals accordingly, never mind their public pledge of impartiality and promise to judge entries solely on literary “merit.” Lost for Words also features a half-baked murder plot, sexual affairs, people trapped in elevators, and a mistakenly submitted cookbook that (no spoiler alert required) emerges as a leading contender for the prize.

These are the components of farce, and, dispensed within just two hundred fifty pages, they’d leave less of an impression if St. Aubyn weren’t after something more. The title is one clue: it’s not just a throwaway but evokes the discouragement felt by writers who thought they’d embarked on a vocation only to find their work and worth scored by the same criteria used in compiling a product portfolio. The commodification and consequent compromising of literature are givens, and given greatest expression in the depiction of Elysian itself. The prize sponsor is an agricultural behemoth specializing in genetically modified crops and a weaponized herbicide that “causes any vegetation on the ground to burst immediately into flame,” with profits that have attracted the interest of an even larger corporate entity based in China. The nominees and judges respond with something less than indifference to this: they’re concerned only with the size of the monetary prize (pocket change for the sponsor) and the potential for celebrity.

On to that bad writing. St. Aubyn revels in it, judging from the amount he supplies via excerpts from the books that have been shortlisted for the Elysian. The profane and barely comprehensible passages from the nominee wot u starin at? parody the Scottish working-class argot in Irvine Welsh books like Trainspotting. The third-person narrator of A Year in the Wild, the story of a fallen corporate warrior out to remake himself, comes off as a corner-office Jack London: “[Gary] had stared at the lynx, and the lynx had stared back at him, with the calm savagery of its yellow eyes; animal to animal, predator to predator; he with a dead hare in his game bag and the lynx with a dead hare at its feet; his breath and the lynx’s breath steaming in the crystal silence of the northern woods.” One of the unqualified, overmatched Elysian judges has two favorites on her shortlist, a novel titled The Enigma Conundrum and another, All the World’s a Stage, that depicts in fiction the life of young William Shakespeare and features such dialogue as: “Speaking of strumpets...is that not Mistress Lucretia that comes hard upon us?”

St. Aubyn nails the language and practice of criticism too. A book reviewer and self-appointed guardian of “good writing” offers this bit of pre-crafted cover blurbage for her Elysian favorite: “It had what she wanted to call an experience of literature built into it, an inherent density of reflection on the medium in which it took place: the black backing that makes the mirror shine.” Another character, prone to Derrida-like obfuscations, maniacally types: “The thought that cannot think itself is that we will die of thirst before we reach the shining city of individual gratification, which was never made of anything other than the shimmering heat waves of a collectively conditioned desire” (“the orgasmic Theorist,” someone else calls him). Not all of the satirical riffing is spot-on. A character’s fondness for creative-writing software, for example, would be funnier if it weren’t so obviously ridiculous. And St. Aubyn is uncharacteristically quiet when it comes to writing’s migration from the page to the device, or from traditional publishers to online outlets.

If there’s a thematic connection to St. Aubyn’s previous books, it’s the idea of contradictions. This is not only expressed through the juxtaposition of good and bad prose, but also embodied (and voiced) by the one character with any tendency toward self-reflection, a guileless young author who essentially opts out of the grubby business. “Hubris was bad,” he thinks, “but insincere anti-hubris was no better. In the middle of the day, a word like ‘humility’ would present itself, like a sunlit colonnade in all its elegance and simplicity but by the middle of the night it was transformed into a sinister ruin, with a murderer concealed behind every column.” Evocative writing to offset the purposely bad, and the image isn’t about to perish with the fleetingness of the thought. Posterity, if not celebrity, still beckons, and St. Aubyn has the young writer commit the words immediately to the blank page in front of him before they, and what’s left of the animating spirit of literature, are lost for good.

In Search of a 'Civil-Rights Republican'