All Joy and No Fun 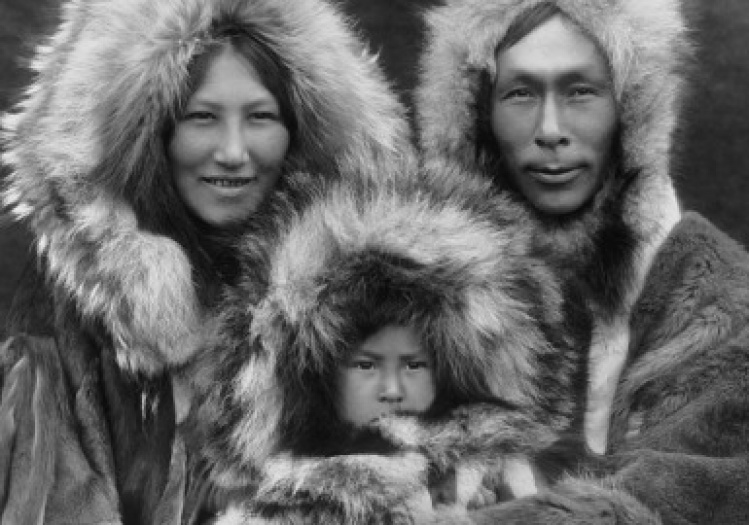 Jennifer Senior’s All Joy and No Fun is much more serious than its playful cover—with the title spelled out in alphabet magnets—implies. Senior, a contributing editor at New York magazine, profiles parents and surveys family-related trends in sociology, psychology, and economics to contend that raising comfortable, happy children pummels the adults who do it. Her focus is middle-class Americans, by definition families with many things going well: parents have jobs, poverty is remote, kids go to college. But within these parameters, conditions for parents can be rough. Studies from as early as the 1950s find that parents are “considerably less happy” than nonparents. Why, then, do people have children at all, now that having them is not a necessity but a choice? Senior explains that though childrearing has disadvantages—no fun—there are some reasons—joy—to do it anyway.

Those measures are imperfect, incommensurate; “fun” has an easy tally of pros and cons; “joy” includes weighty but imprecise elements like meaning and purpose. The cons of childrearing are numerous, including sleep deprivation, marital strain, multiplied housework, expense, worry, and conflicts with teenagers, plus less time for adult pursuits and accomplishments. “Flow” is a catchall term Senior adopts to describe what parents lose; instead of enjoying “our own sense of agency, of mastery,” adults who care for young children oscillate between poles of boredom and anxiety.

Parenthood in America has been dramatically reshaped by social and economic changes, especially since World War II. With impressive range, Senior manages to lasso just about every recent development into her argument. She surveys our shift from an industrial to an information economy, which has rendered children “economically worthless but emotionally priceless,” in sociologist Viviana Zelizer’s memorable language; the loss of family folkways, or “rigid, immutable social structures” dictating how children should be reared; globalization, that flat world filled with motivated foreigners and competitive Tiger Moms; women’s increased workforce participation; preoccupation with kids’ safety; mass electronic entertainment; new neuroscientific theorizing about kids’ prefrontal cortex, whose immature structure makes attention short and risk attractive; emerging adulthood; homework demands; the disappearance of family dinner; and much more.

Senior is careful not to place guilt on working mothers, though she notes that they feel it anyway, continually worrying that they are not doing enough. Instead she explores how the increase in working moms—half of those with kids aged three to five worked full time in 2010—has led to significant changes in the division of labor between spouses, the need to outsource childcare, and the styles of mothering embraced by those who stay at home. Broader educational and professional opportunities have changed the job description of stay-at-home motherhood, as smart, skillful women who turn from the workforce to childrearing transform childrearing into a project to suit their abilities.

Some of Senior’s sharpest critiques come in the chapter called “Concerted Cultivation,” about parents’ intense involvement in their kids’ interests, academics, and social life. The families profiled here squeeze in scouting meetings around Sanskrit lessons, football, piano, tee-ball, gymnastics, and chess club—a “carpool Hades” for the parents who orchestrate it all. We behave this way, Senior ventures, because we lack both script and standard. Normlessness underlies the confused striving of middle-class neighborhoods. Nor do we have a bar to measure whether parenting has succeeded or failed. Ours is substantially a democratic problem. Absent long-held customs to dictate how nurturing should be done, class lines to lock children into—and out of—certain opportunities, and close relatives and communities to help, mothers and fathers individually have to figure out family life.

Some frustrations are generated not just by normlessness, but by the varied authorities who press priorities on families. Senior says surprisingly little about two powerful agencies nudging parents to do-this-not-that: schools and doctors. Doctors in particular do an outsized share of norm-adjusting. New parents often give their child’s doctor the first and last word on correct care, concerning morals and manners as well as growth curves and eye charts. Our children’s pediatrician served me with reprimands for consuming 2 percent milk, for applying too little sunscreen, for failing to keep an eight-year-old in a booster seat, and for refusing the HPV vaccine.

Senior regrets many trends, like the overscheduling of activities, superfluity of kids’ toys, focus on happiness, and paranoia about safety, which together do seem to make parenting more arduous. I would tag other culprits as well. The expectation that everything for children be “fun”—not just playdates, vacations, and themed birthday bashes, but even things that are not really supposed to be delightful (teeth-brushing, shoe-tying, long division)—is what makes parenting not fun. Parents also have to deal with the lower behavioral standards of youth culture, which accords social permission to trash talk, eye-rolling, and sullenness. Concerted cultivation might yield more fun for children, but it comes at a high cost.

A problem Senior only hints at is the skewed balance of work and leisure in adulthood and childhood. If childhood is construed as a leisured stretch of school and play, adults are ordained as those who work. But overemphasis on kids’ cultivation straitens their role in the family, making them consumers of others’ labor rather than contributors to the family weal. Long hours devoted to special hobbies and structured amusements leave kids highly cultivated but helpless: See how many eight-year-olds at soccer practice, star athletes, rely on parents to tie their cleats. Meanwhile, the intensive focus on one’s own brood can pull charity in too tightly, as families use up resources that might be directed to others.

Painstakingly, Senior keeps score in husband-wife chore wars—ratifying, as most studies do, that women still do too much—but her scorecard is wrong. Divisions of household labor are almost always toted up between mom and dad, with children only reckoned in as makers of messes. Having kids share housework communicates a few powerful lessons: they learn that they are part of a family rather than the center of its attention; that scrubbing toilets is not beneath their dignity, a duty reserved for mothers or poor people; that human excellence is measured not just by report cards or trophies but by the ability to take care of oneself and have skill left over to lend a hand to somebody else.

Big questions roil just under the surface of Senior’s brisk survey. What are children for? Where does the line fall between the physical (and often unpleasant) work of maintaining their bodies and the nurturing that is distinctive to a mother or father, the gift of self out of love? If having children is simply an option adults can choose or decline, with a package of harms and benefits to be known before it is chosen, parents feel pressed to justify childrearing on the basis of what it does for them. It should not be the job of individual moms and dads to invent reasons why their children are worth having.

Many reasons beyond enjoyment figure into the vocation of parenthood: longing for a kind of immortality, obligation to ancestors, or embodiment of a couple’s own loving union. Though Senior has a lot to say about the effects of childrearing on marriage—tensions over work and disciplinary strategies—she acknowledges no organic connection between the two. That exuberant Vatican II document Gaudium et Spes says this about the connection of marriage and childrearing: “By their very nature, the institution of matrimony itself and conjugal love are ordained for the procreation and education of children, and find in them their ultimate crown.” What impresses me is the presence of “education” right there in the sequence—the idea that choosing to act on a romantic stirring may obligate you later to teach a child to write his name or sing a prayer or set a table.

Childrearing connected to conjugal love merits a place in the life of adults that has little to do with the fun kids might allow. The strongest reasons to have children are very different from the reasons one might like them after they’ve arrived.

Agnes R. Howard teaches humanities in Christ College, the honors college at Valparaiso University, and is author of Showing: What Pregnancy Tells Us about Being Human.

From Rubella to Zika