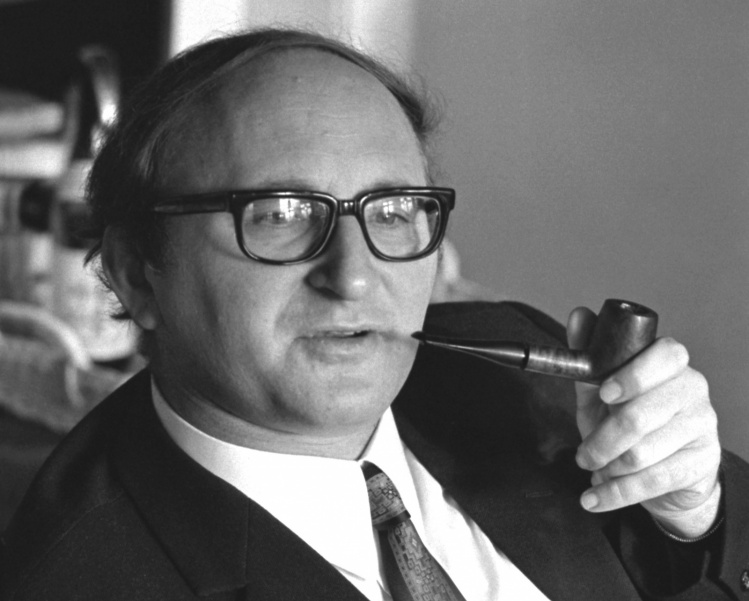 The German theologian Johann Baptist Metz, who died on December 2 at the age of ninety-one, was born in Bavaria, served briefly as a sixteen-year-old in the Wehrmacht during the closing days of World War II, and spent several months in a POW camp in the eastern United States. He studied theology in Bamberg, Munich, and Innsbruck, and was ordained a priest in 1954. It was in Innsbruck that he became the student and collaborator of Karl Rahner. After completion of his studies, which included a doctoral dissertation on Thomas Aquinas, and a few years in pastoral ministry, he took up an academic position at the University of Münster in 1963, where he remained for the next thirty years, until his retirement.

Metz was one of the founders of the journal Concilium, which is often associated with the liberal or progressive wing of the post-conciliar church, but he was not so easily pigeonholed. He was deeply sympathetic to liberation theology and a politically engaged Christianity, critical of the excessive centralization in the church that he saw under Pope John Paul II, and rejected any “backward glancing vision which longs for a pre-Reformation Western Christianity.” At the same time, Metz was not afraid to criticize other theologians who were identified as progressives, whether this was Rahner’s theory of “anonymous Christianity” or the Reformed theologian Jürgen Moltmann’s notion of divine suffering. At the end of the day, Metz was more interested in theological arguments than theological parties. When then-Cardinal Joseph Ratzinger (who as archbishop of Munich had blocked Metz’s appointment to the university there in 1979) was invited to an academic symposium that was to mark Metz’s seventieth birthday, Hans Küng issued a public broadside denouncing Metz for having sold out to the ecclesiastical powers-that-be by agreeing to share a stage with the “Grand Inquisitor.” Metz is reported to have commented tartly, “Sometimes Küng conducts himself like a second magisterium. To tell you the truth, one is enough, at least for me.”

On a deeper level, it is difficult to identify Metz as a “progressive” because he was so skeptical of the notion of progress itself. For Metz, human history is riven with catastrophe and interruption. Like many German intellectuals of his generation, he was haunted by the specter of Auschwitz—not only by the fact that a putatively “advanced” culture like Germany had perpetrated such barbarity, but also by the knowledge that the people of his own deeply Catholic Bavarian village (including his own mother) had “not known” about a concentration camp a mere thirty miles away. He recalled asking himself “what sort of faith it must have been that allowed us to go on believing undisturbed during the Nazi time.” He came to identify this sort of Christianity as “bourgeois religion,” a religion that identifies the kingdom of God as the evolutionary outcome of human culture and not as the disturbing apocalyptic event that crashes into history. Wielding the unfashionable sword of the apocalyptic, which had been dismissed by other German theologians as the primitive garb in which true Christian eschatology wrapped itself, Metz skewered the pretensions of the comfortable Christianity that is “rid of danger but also rid of consolation.”

The dangerous memory of Jesus crucified and risen, carried by the traditions of the church, is the subversion of all bourgeois religion.
sharetweet

For Metz, the chief source of both danger and consolation in Christianity was Jesus himself. Metz often quoted an apocryphal saying of Jesus that is recorded by Origen: “Who is close to me is close to the fire; who is far from me is far from the Kingdom.” Metz noted, “It is dangerous to be close to Jesus, it threatens to set us afire, to consume us. And only in the face of this danger does the vision of the Kingdom of God that has come near in him light up.” The dangerous memory of Jesus crucified and risen, carried by the traditions of the church (albeit in sometimes subterranean ways), is the subversion of all bourgeois religion. This memory also presses Christians, in imitation of the one whom they follow, to recognize that their way of life is not simply coextensive with the highest aspirations of modernity, and that they will often be rejected by the world, whether through mockery or suppression. But for Metz it is only in the face of such danger that consolation can be found, and a church that flees such danger, as so much modern Christianity does, is far from Jesus and therefore far from the joy of God’s kingdom: “The present misery of our Christianity is not that we are considered as fools and rebels too often, but rather, practically never.”

Like his mentor Rahner, Metz was more an essayist than a writer of books. But while one often senses that Rahner’s essays were straining toward some grander systematic synthesis, Metz’s writing stubbornly resists such ambitions. Indeed, not only were Metz’s books quite clearly collections of essay, the essays themselves often seemed like collections of aphorisms. In style, and perhaps in content, he is closer to the book of Ecclesiastes, Pascal, and Walter Benjamin than to Rahner. His chief contribution to theology is not so much a system, or even a set of positions, but a body of lapidary phrases that haunt and disturb theological discourse: “dangerous memory,” “interruption,” “bourgeois religion,” “the cult of the makeable.” These phrases raise more questions than answers, which is only fitting given that Metz believed that “theology is a culture of questions, not of answers.” Metz enacted in the very form of his theology his principled rejection of any theological impulse to adopt a totalizing view of history.

I don’t think that any future theologians will be “Metzians” in the way that one might be a “Thomist” or a “Rahnerian.” Metz simply did not aspire to be that sort of theologian. But it is difficult to imagine that future theologians who read him will not think differently about the apocalyptic character of history, will not ask difficult questions about bourgeois religion, will not feel more deeply the danger and consolation of the memory of Jesus. And that is a worthy legacy for any theologian.

Frederick Christian Bauerschmidt is professor of theology at Loyola University Maryland and a deacon of the Archdiocese of Baltimore.