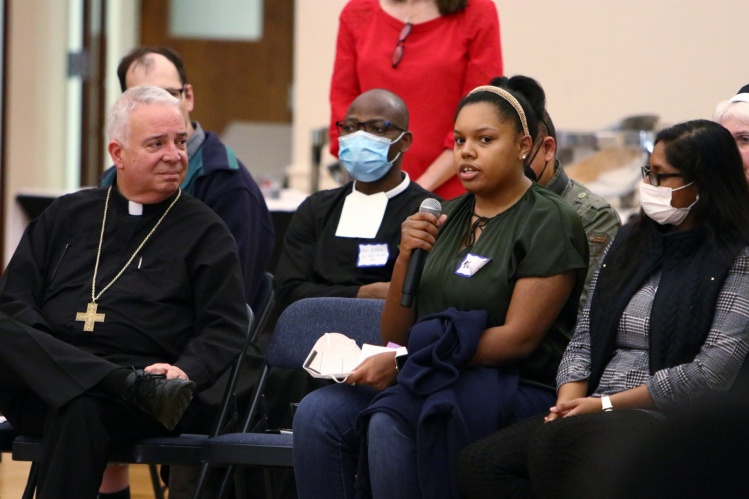 The year 2018 was a turning point in the modern history of the Catholic Church’s response to the global abuse crisis, and once again incidents in the United States played a major role. The McCarrick scandal exploded in the spring and summer of that year, following an investigation that determined the former archbishop of Washington D.C. had sexually abused a minor. McCarrick was the highest-ranking cleric in Church history to be accused of, investigated for, and removed from the college of cardinals, not for covering up someone else’s abuse but for the abuse itself; about seven months later, he was defrocked. The case spurred a number of significant developments in the Vatican: the February 2019 summit convening Curia leaders and the presidents of all the bishops’ conferences; the promulgation of the May 2019 motu proprio Vos estis; and the release of the 449-page (plus 1,410 footnotes) McCarrick Report in November 2020. But 2018 should also be remembered for a number of related incidents: the release of the Pennsylvania grand-jury report detailing clerical abuse in that state; the notorious Viganò testimony that many characterized as a coup attempt against Pope Francis; the fiasco at the USCCB meeting that November, when the bishops failed to agree among themselves and with the Vatican about proposals to tackle the new phase of the abuse crisis, which itself was followed by Francis’s “invitation” to U.S. bishops to attend a retreat at Mundelein Seminary in Chicago.

Jacob Lupfer wrote recently at Commonweal on what the Southern Baptist Conference might learn from the Catholic Church now that it’s confronting its own sexual-abuse scandal. “What strikes me, looking back,” he wrote, “is how little Christian groups have learned from each other’s experience.” But what has the Catholic Church learned about itself in the last four years? As an academic trying not to write for the benefit of a specific group, I nevertheless think that the American Catholic community of scholars has responded to the scandal. Historians have focused on the roots of the crisis in this country by launching major research projects—for example, those led by Notre Dame and by Fordham. Among the national community of theologians and scholars of Catholicism, the AAR and the CTSA have set up consultation groups on the crisis. Recent books by Richard Lennan and Brad Hinze examine the impact of the abuse crisis on ecclesiology and on how we think about the Church. So it’s not as if the turn that the scandal took in 2018 went unnoticed among scholars of Catholicism.

And yet: the intellectual and institutional response here in the United States still seems somehow muted in comparison to the response in other countries, where there have been more collaborative projects at the national level, both among scholars and between scholars and Church leaders. Such projects have helped make clear the steps forward in the understanding of the theological roots of abuses and the theological consequences—in our approach to Scripture, to the tradition, to liturgy and the sacraments, and to Catholic education.

But in the United States, four years after McCarrick, there’s still a missing link between studies on the abuse crisis and synodality. At the ecclesial level, countries like Germany, Australia, and Spain have since 2018 begun to develop national synodal processes in response to the scandal. Though there are local synodal gatherings in this country, there is nothing similar to those national processes. Even in countries like France, where the synodal process is not as structured as in Germany, there have been collaborative nationwide initiatives to study and understand the crisis, like the CIASE commission and report, in which the collaboration between experts and Church leaders is evident (even if the effort has not met with unanimous support in France or the Vatican).

In today’s highly competitive environment of Catholic higher education and research, the abuse crisis is not a priority.
sharetweet

The relative lack of collaboration in the United States is due to the estrangement between academia (Catholic theologians, but also intellectuals in general) and the institutional Church. The gap in trust has widened as the dimensions of the abuse crisis have widened: It’s no longer just a “clerical abuse” crisis, but one that also involves lay perpetrators in lay-run communities; it’s no longer only sexual abuse, but also abuse of power and spiritual abuse; it’s not only sexual abuse of children, but also abuse of vulnerable adults, including women religious.

A related problem is the lack of permanent centers or institutes for the study of abuse in the Church. Such entities would be dedicated to collecting sources, sponsoring research, publishing reference works—in other words, creating an intellectual tradition in and for the entire ecclesial community. Years ago, I imagined that the involvement of the U.S. Catholic Church in the biggest series of criminal cases in a long time would lead to something like the Kommission for Zeitgeschichte that was created after World War II in Germany: a permanent, national research center dedicated to investigating the complex relationship between the Catholic Church and the social and political history of Germany, with a focus on the years of the Nazi regime. An epochal rupture like the abuse crisis requires a working-through—Hans Zollner, SJ, used the German term Aufarbeitung in a presentation at a recent conference—which in turn requires institutional commitment. This working-through has yet to happen in a coordinated way within U.S. Catholicism. What we have instead is a series of projects led by top scholars from a few Catholic universities, but no plan at the national level and no nationally recognized center for the study of abuse, with history, theology, social sciences, and other sciences in conversation.

There are different reasons for this. One is simply that the United States is a big country, and even for the Catholic Church it is hard to talk about one national history of Catholicism and one national history of abuse in the Church. The work that some scholars are doing on abuse in particular areas of the United States demonstrates, for example, the difficulty of changing the perception of abuse as something involving only white Catholics to something that is part of the history of relations between races and ethnicities in the context of the expansion of Catholicism in this country.

A second reason: in today’s highly competitive environment of Catholic higher education and research, the abuse crisis is not a priority—not even a low-level priority, compared to, for example, diversity, inclusion, and environmental sustainability. On the contrary, talking about the abuse crisis with something more than a term-limited research project is seen as a liability and potentially a reputational problem, including by the religious orders that have founded and still run these universities. It’s not just clerical stonewalling: in some cases, it’s a matter of not being able to explain to the technocrats now running universities just what Catholic universities are for. A lack of sustained intellectual focus makes it impossible to create a tradition of knowledge on the abuse crisis that can be passed down from generation to generation.

A third reason is the overlap between political and theological polarization in this country. The abuse scandal has been weaponized in ways that make it easier to agree on policies and procedures for prevention and repression, but more difficult to join the effort of understanding, in a “bipartisan” way, the historical and theological picture in which the abuses took place. There is only provisional agreement on some of the things that work in terms of policies, a debate on what is (still) not working, and a reluctance to create a common, shared discerning tradition on what has happened.

Finally, as I noted before, there is that missing link between the abuse scandal, Church reform, and synodality—and absent not only at the clerical level. If this link isn’t somehow established, the abuse crisis could become an issue for activists or academics only. I was an observer at a very lively listening session of the Philadelphia-area Catholic colleges and universities a few weeks ago, and no one brought up the abuse crisis, not even students. The same thing happened at the February synodal session organized by Loyola University Chicago, when Pope Francis met via Zoom with students from around the world: the issue of the abuse crisis was not mentioned at all. We will see whether and how it comes up in the national synthesis being prepared for the Bishops’ Synod in Rome and later for the assembly of the Synod of October 2023.

These last four years have helped the global Church learn important things about the abuse crisis, though in the United States, maybe less than what was expected, hoped for, and necessary. At the scholarly level, the intra-Catholic debate since 2018 has made it clear that the solution to the abuse crisis as an ecclesial and intellectual crisis is inseparable from a dynamic understanding of the Catholic theological and magisterial tradition. This requires a level of commitment and coordination among Catholic institutions of research that’s hard to see now. At the ecclesial level, though the global Church has embarked on the “synodal process,” American Catholicism is still struggling to receive the synodal call. The opposition or indifference to synodality may yet have a profound impact on understanding the abuse crisis, and thus on any hope for meaningful  Church reform.