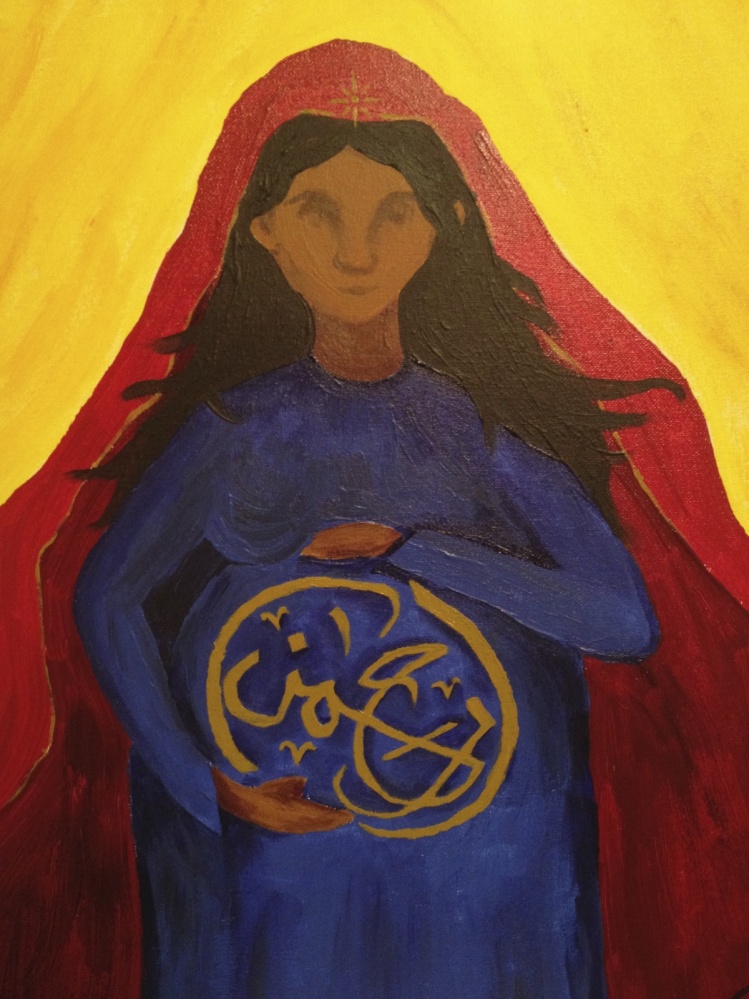 Amid all the excitement from the unprecedented interview with Pope Francis published by Jesuit journals worldwide, many Catholics may have missed one of the Pontiff’s more subtle communiqués: a letter sent to the head of al-Azhar University, a highly respected institution for Sunni Islamic scholarship. Unsurprisingly, and in line with the humble style of Francis’s papacy, the Vatican did not widely announce that he had sent the letter; the press only learned of the message—which was delivered by the Vatican ambassador to Egypt and expressed his hope for "mutual understanding between the world’s Christians and Muslims in order to build peace and justice"—when Ahmed al-Tayyeb, al-Azhar’s Grand Imam, made the sentiment of the letter known to the world.

While the letter’s content (only some of which was shared with the media) is not groundbreaking, Francis’ gesture has been perceived by some, like Father Hani Bakhoum, secretary of the Alexandria Patriarchate of the Catholic Copts, to signal a desire for resumption of dialogue between the Vatican and al-Azhar. The two institutions engaged in bi-annual talks until 2011 when al-Azhar officials cited comments made by Pope Benedict as justification to discontinue the dialogue. (Read more about the freezing of the talks here.) Upon Francis’ election to the papacy, Imam al-Tayyeb sent a message to the pope, congratulating him and indicating al-Azhar’s renewed desire to restart talks.

The 'why' and 'how' of dialogue

If dialogue were to resume, what would its purpose be and what would it look like? Often the reasons cited for engaging in dialogue are things like ending conflict, working for justice, or coming to more definitive statements about common points of belief. All of these are excellent outcomes of dialogue, but they should not be its impetus. Instead, dialogue should be driven by the desire to seek God together, to know God better by knowing better those who are made in his image. The Second Vatican Council’s statement on non-Christian religions, Nostra Aetate, hints at this. It talks about the importance of dialogue partners supporting one another in their belief and practice, and acknowledges that “rays of Truth,” which can point us to God, exist in other religions. Christian de Cherge, the abbot of a Cistercian monastery in Algeria, who was murdered in 1996 for devoting his life to dialogue with Muslims, explained Muslim-Christian dialogue as digging a common well to the same source, or together climbing to God on ladder made up of both Christian and Islamic side-beams. In a time when it is tempting to assign political aims to interreligious dialogue, de Cherge’s theology of dialogue, which emphasizes the common journey toward God, will strengthen the Church’s understanding of the purpose of dialogue.

In the past, dialogues between the Vatican and al-Azhar have not included the institutions’ respective leaders. Instead, they were meetings with representatives of the Pontifical Council for Interreligious Dialogue and a delegation from al-Azhar. These conversations were broad, and resulted in joint statements listing common beliefs and affirmations (see an example from 2008). But this kind of dialogue does not do much for the deepening of  faith. It is shallow in its exploration of the other, and fails to include the many laypeople who cannot participate in these meetings.

Instead, in order to better achieve the aim of dialogue—to help Catholics and Muslims dig a well to God—dialogue should be a more public conversation. What if the imam of al-Azhar and the pope agreed to speak out on the same topic, to speak to their congregations and to the world in such a way that enlivened the faith (or at least attracted the attention) of all believers?

It’s not an outrageous request. Francis and al-Tayyeb wouldn’t have to change the way they speak to the faithful; there would be no events added to their already busy schedules. Rather, they would simply use their prominent places at the pulpit and minbar in the context of Mass or Friday prayer to speak to a profound and simple commonality between Islam and Christianity that often goes unnoticed: mercy.

The 'what' of dialogue

Just four days after he was elevated to the chair of Peter, Pope Francis said in a homily, “I think —and I say it with humility —that this is the Lord's most powerful message: mercy.” In the first six months of his papacy, Pope Francis “the merciful,” as affectionately dubbed by commentators, has said Mass for Vatican landscapers, embraced children with disabilities, spoken to refugees at Lampedusa, and urged church ministers to better accompany gay Catholics. His words and actions have indicated his desire to remind Catholics around the world that our relationship with God is one defined by God’s infinite mercy. Though “mercy” has become a buzzword to characterize his papacy, Francis reminds us that mercy is also the buzzword, the core, of our Christian faith.

As it turns out, mercy is also Islam’s watchword. At the beginning of every prayer and at the beginning of all chapters of the Qur’an (except one), Muslims recite, “In the name of God, al-Rahman, al-Rahim.” These similar-sounding words, which are considered synonyms for God, are often translated as “the Most Merciful” or “the Most Compassionate.” In an article discussing Allah’s chief attribute, Adnan Majid, explains the words’ meanings: al-Rahman means “the One who is defined by complete and universal mercy,” and al-Rahim can be understood as “the One who continuously shows much mercy.”

This understanding of God embodying and enacting mercy is echoed in Pope Francis’s conception of God, which he explained in his recent interview. He coined a new term in Latin to express how he felt God relates to us personally: misericordiando. His new word turns the adjective “merciful” (miserando) into a gerund, a verbal noun—“mercy-ing.” For Francis and for all Christians, God is at once Mercy (al-Rahman) and the One who is always pouring it forth upon creation (al-Rahim).

Mercy looks quite similar in these two faith traditions. Like the Bible, the Qur’an and Sunna (the sayings and actions of the Prophet Muhammad) are full of stories and reminders that God is not a vengeful lord or judge who plays tit-for-tat and wants to punish humankind for its sins. In one of 339 instances of the word “mercy” in the Qur’an, God tells the Prophet Muhammad to relay this reassuring message his followers: “Say: ‘O My servants who have transgressed against your own souls (or “been prodigal to their own hurt”): do not despair of Allah's mercy, for God forgives all sins. It is He who is the Forgiving, the Merciful’” (Qur’an 39:53).

Instead, God is chiefly understood in both religions as a merciful parent. Pope Francis recently talked about the parental nature of God, and our responsibility to be that “mercy-ing” presence in the world:

“I am always struck when I reread the parable of the merciful Father.... The Father…had never for a second stopped thinking about [his wayward son], and as soon as he sees him still far off, he runs out to meet him and embraces him with tenderness…without a word of reproach.”

“The church is a mother: It must reach out to heal the wounds, yes? With mercy. If the Lord never tires of forgiving, we don't have any other path than this one: before anything else, curing the wounds, yes? It's a mother, the church, and it must go down this path of mercy. It must find mercy for everyone, no?”

Thanks to Islam’s use of Arabic, the linguistic connection between mercy and unconditional, parental love is more transparent. The word “mercy” in Arabic is made up of the root letters r-h-m, which also compose the word for “womb.” God’s mercy toward us, then, is like a grandfather embracing his grandchildren, or a mother who, after finding her lost daughter, clutches her in joy. The Prophet Muhammad said, “God has more mercy for His servants than this mother for her child.” (Both of these examples, recounted by Majid, were used by the Prophet Muhammad to explain God’s mercy to his followers.)

Digging a well together

Christian de Cherge wrote that Catholics cannot fully understand God’s mercy without engaging with Islam. He was frustrated in when the Pope John Paul II’s 1980 encyclical on mercy, Dives in misericordia, failed to even acknowledge the important place of mercy in Islam. “Is it possible to speak in a Christian way about mercy without doing justice to all the keys it plays in the hears and religious traditions of mankind?… It is a word we have in common and it is our common mission to bring it to birth.” If we, as Christians, hope to better understand God’s mercy, how can we not enter into conversation with those who profess a God who is al-Rahman, al-Rahim?

Many people today do not see Catholicism and Islam as bastions of mercy. Hardline stances unforgiving tones—which make headlines more often then acts of mercy done in quiet—do little witness to the message at the core of our religions. By intentionally talking about the importance of mercy and by exploring its manifestations in one another’s faiths, the Roman pontiff and al-Azhar’s Grand Imam can remind us of our common heritage, bring us back to the core of what we profess, and spark conversations at the community level. Francis and al-Tayyeb should encourage dialogue between individuals, communities and mosques, dioceses and Islamic associations.

Maybe Pope Francis and Imam al-Tayyeb will take a page from the book of the saint whose name the pontiff adopted upon his election. Though many know Francis of Assisi as a lover of animals, the saint also embarked on an important mission to establish peace between Christians and Muslims during the Crusades. His encounter with Sultan Malik al-Kamil, a Muslim leader in Egypt, was initially intended to be an attempt to convert the sultan. However, these men’s days-long meeting turned into a period of learning and exchange. Though little is known about the content of the encounter, it is safe to assume that these two men were surprised at what they saw in the other: the command of love and mercy being lived out.

Pope Francis has called the present moment “a kairos of mercy.” For Christians, the Greek word for “time” is used to describe a moment in history that God uses to bring about the Kingdom on earth. Maybe it’s a kairos in which Rome and Egypt are to meet once again, to discuss and manifest the “the word that changes the world.”

As Pope Francis said, “we need to understand properly this mercy of God.” We can do that better with the help of our Muslim friends.

Jordan Denari is a recent graduate of Georgetown University, where she studied Muslim-Christian relations. She is now conducting research in Amman, Jordan on a Fulbright grant.