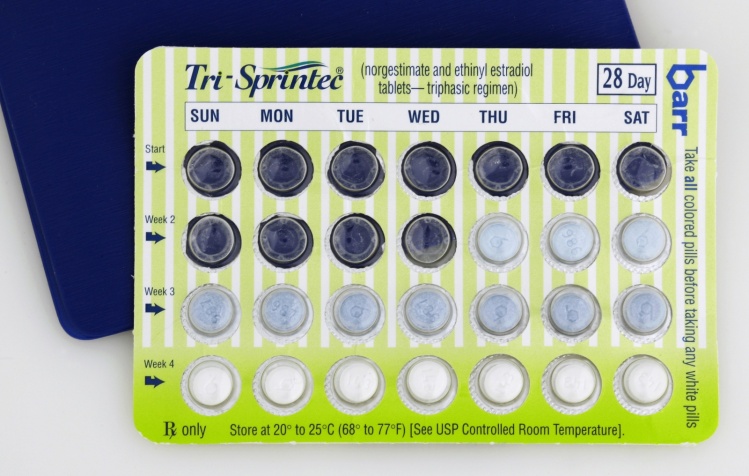 Though the church contrived to slide out of its condemnation of usury, it has difficulty discarding a teaching that declares some type of action immoral. Paul VI’s encyclical Humanae vitae reiterating the prohibition on contraception illustrates this. This encyclical greatly damaged the respect of the faithful for the Catholic Church’s moral teaching in general, since many of them do not accept the ban on contraceptives, and in the confessional many priests surreptitiously collude with their rejection of it. But it has also damaged the integrity of Catholic moral theology.

The encyclical did not merely reaffirm a long-standing tradition: it also dealt with something quite new—the Pill. The condemnation of its use for a contraceptive purpose accorded with the manner in which it had been usual to say why it was wrong to use other devices for that purpose, namely precisely because of the purpose. But the church’s recognition that the use by a husband and wife of the “natural” or rhythm method, whereby they confine sexual intercourse to infertile periods, is morally legitimate, denied it the right to hold the purpose of reducing the frequency or number of pregnancies to be in itself wrong. A condemnation of the use of contraceptive devices such as condoms could not therefore be consistently based upon their intended purpose, only on a claim that an act involving such a device was intrinsically wrong, regardless of the purpose—for instance, on the ground that it violated the integrity of the marriage act. Such a claim would assimilate such an act to other deviations from normal intercourse condemned by Christian tradition, such as those now generally referred to as oral and anal sex. But, if the prohibition of contraceptives were based on such a ground, the Pill really did pose a new question, since its use could not be described as violating the integrity of the marriage act. Instead, the encyclical condemned its use when the purpose was contraceptive, that is, to reduce the frequency or number of pregnancies, and for that purpose alone. Moral philosophy cannot accommodate such a prohibition.

A certain type of act, defined by a given form of description, may be intrinsically wrong. If so, it can never be morally justified by an ulterior purpose, however commendable; this is what is meant by saying that the end does not justify the means. For instance, to give someone a fatal dose of poison must in all circumstances be wrong: even if the purpose is to frustrate the known plan of the victim to massacre an entire family, it will still be wrong. It would be a misuse of the principle of double effect to appeal to it in justification of such a murder. The poisoner could not legitimately argue, “What I was doing was to save that family from slaughter; I had no interest in the death of my victim in itself.” Nor can the dropping of the atomic bomb on Nagasaki be justified on the score that what was being done was to end the war and the deaths of the inhabitants were side effects. Double effect can be invoked only when the act is in itself morally legitimate, even though in the particular circumstances it will have foreseeable evil side effects. Nothing can be a side effect if it is the means by which the objective of the act is realized. The poisoner cannot claim the death of his victim as a side effect: it is only through the death of the victim that he saves the family from massacre. Conversely, an act that is not intrinsically morally illegitimate may be wicked if it is done for an evil purpose. Thus to give someone a piece of information that it is not in itself wrong to impart in order to humiliate him or to prompt him to do something shameful is rendered an immoral act by the intention with which it was done.

Pope Paul VI did many good things, yet his most important action, the issuing of Humanae vitae, has engendered unresolved moral chaos.
sharetweet

The use of the Pill by a married woman with contraceptive intent does not fall into either of these categories. No one supposes that it is intrinsically wrong for a woman to take the Pill, for example, for its original purpose of regularizing irregular periods. It has been persuasively argued that the Pill may be legitimately taken with contraceptive intent, for instance, by a nun who knows herself in danger of rape. Equally, the intention, on the part of a married couple, of reducing the frequency or number of the wife’s pregnancies is, as already noted, recognized by the church as legitimate and, in appropriate circumstances, praiseworthy. In the ruling of Humanae vitae, we have therefore a condemnation as morally wrong of an act not intrinsically wrong but held to become wrong when it is done for a particular end, even though that end is likewise not in itself wrong. It is incomprehensible how this could be so; it is impossible to think of a parallel—at least, I have not been able to think of one. Whatever may be thought about the maintenance in the encyclical of the traditional teaching on other methods of contraception, the prohibition on the use of the Pill is indefensible on the basis of moral theology as it has always been previously understood, and throws the moral teaching of the church into confusion.

Pope Paul VI did many good things, yet his most important action, the issuing of Humanae vitae, has engendered unresolved moral chaos. This chaos is most sharply seen in the confusion about condoms in countries where AIDS has tragically become pandemic. Some church authorities oppose the use of condoms in an absolute and doctrinaire spirit: they proclaim that the only allowable course for a married couple who know one of them to be HIV-positive, or do not know that both are not, is complete sexual abstinence. No doubt, if to use a condom is in all circumstances morally wrong, that is correct advice. But it is irresponsible to give it without adding emphatically that to risk infecting one’s marriage partner—or, indeed, anyone else—with a terrible and fatal disease is immeasurably more wicked than to use a condom or consent to its use.

Some church authorities with a more balanced sense of moral priorities have sought to justify the use of condoms by appeal to the principle of double effect. If the use of a condom is wrong only when it is done to prevent conception, like the use of the Pill according to Paul VI, then no justification is needed when it is done for a different purpose, such as to protect against infection. If, on the other hand, the use of a condom is intrinsically wrong, as violating the integrity of the marriage act, it follows from what was said above about double effect that to try to justify it by appeal to that principle is an abuse of the principle. But the existence of the horrifying disease of AIDS should surely prompt some rethinking about the blanket condemnation of contraceptives, including condoms. Perhaps it was a mistake to class all use of them as intrinsically wrong. There are actions that ought not to be performed in ordinary circumstances but are not wrong in exceptional cases. An assertion not actually false as stated but bound to mislead is an example. Might it not be right to classify the use of contraceptives, other than those that produce abortions, under this head? May not large external circumstances provide a genuine clue to the will of God?