‘My Utmost’ by Macy Halford 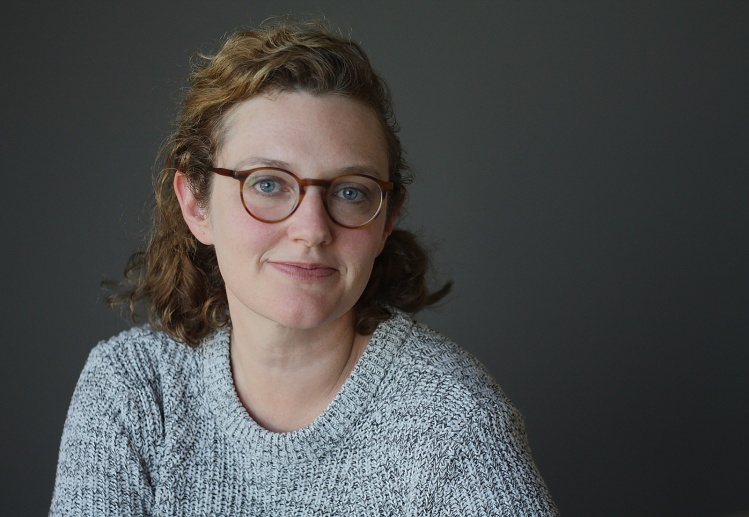 Evangelicals. Without them, no “President Trump,” no Sean Spicer. There are tens of millions of them. They want to establish a theocracy, partnering with conservative Catholics. Their brand doesn’t resonate with millennials. In a couple of generations, they’ll be a fringe group—like the Amish, but nastier. Let’s be frank: they’re racists, through and through. Transracial adoption is the ultimate act of appropriation. They think we’re all going to hell. They don’t preach judgment any more—it’s all about “love.” Bad taste, bad hair, bad suits. They hate sex. They’re obsessed with sex. Those sex manuals! They quote from the Bible endlessly, but somehow they miss all the verses about the poor. They’re so angry! They’re so soft and sentimental. They’re so dumb. They hate science. They love war and long prison sentences. Their real religion is capitalism. They’ve mixed their faith up with politics. They’re relentlessly individualistic. They move in lockstep. They can’t think systematically. Islamophobic, homophobic, climate-change deniers. The last bastion of patriarchy. Their lingo! They “just want to tell you.” I can see them coming a mile away, with their phony smiles. They’re stealthy—you could be talking to one of them without even knowing it!

We need a big essay—the sort of thing the late Robert Silvers published, may his name be blessed, though this essay couldn’t appear in the New York Review of Books, where the track record on all things evangelical is dismal—surveying the history of the post-evangelical memoir from, say, 1990 to the present. The subject might even occasion an interesting book.

Most of the writers in this subgenre were raised evangelical, though some were converts who later deconverted. Some of them, by the time they are writing, have left the faith altogether; others have moved away from evangelicalism while remaining Christian, as is the case in Macy Halford’s My Utmost: A Devotional Memoir, one of the best books of this kind I’ve read over the past twenty-five years or so.

I should tell you at the outset that it’s a very strange book, neither fish nor fowl. It’s as much about Oswald Chambers (1874–1917), author of My Utmost for His Highest, as it is about Halford herself, and it includes in its meandering course a good deal of biographical information about Chambers and informed speculation on his inner life, but it’s not a biography.

It is also—very much so!—a biography of a book in the vein of that series from Princeton University Press (Lives of Great Religious Books). Halford tells us that, since she was thirteen years old (she’s now in her late thirties), she’s read in Utmost more or less every day. But she has done more than that. She’s pieced together the complex publication history of Chambers’s best-known book, which was compiled by his wife, Biddy, after his death, pairing a Bible verse for each day of the year with brief reflections quarried from Chambers’s writings. (An “updated” edition appeared in the early 1990s, intended to make the book more “accessible” to contemporary readers.) Halford has also sought to understand its place in the larger history of modern evangelicalism.

And yet, while she has made use of the tools of scholarship—in the Chambers archive at Wheaton College and elsewhere—her relationship with her subject is intimate in a way that scholarship typically precludes. I was reminded of Nicolson Baker’s idiosyncratic book U & I, a defiantly personal testimony by a reader of John Updike. For Halford, Chambers is often “Oswald,” and (given the sly sense of humor running through her book), it’s clear that she knows how this will provoke some readers while no doubt delighting others (especially women, perhaps; she remarks several times on a sense of kinship with other women who are also “Utmost” Christians).

The fact that I am allergic to Chambers's sayings doesn’t seem particularly important; God works in mysterious ways.
sharetweet

So her account of Chambers (and his wife and daughter) and of his book is interwoven with episodes from her own life (each chapter begins with a brief epigraph from Utmost—a verse or a reflection—followed by the place and date of the episode at hand; the sequence isn’t chronological), mixed with reflections from the time of writing. There is no continuous autobiographical narrative, and while we learn bits and pieces about her daily life (she graduated from Barnard, has spent time in France, worked at the New Yorker), the emphasis—as the subtitle of the book suggests—is much more on interior experience.

When I first heard about Halford’s book, I didn’t think I would like it. Oswald Chambers is emphatically not my cup of tea. I don’t think I have ever written about him; there are people dear to me who, like Halford, have been nourished and inspired by Utmost for years. The fact that I am allergic to his sayings doesn’t seem particularly important; God works in mysterious ways.

But reading about Chambers from the standpoint of another reader—a gifted one, and a kindred spirit—turned out to be absorbing. At the beginning of her book, Halford notes that she was given a copy of Utmost by her grandmother when she was baptized, but that it wasn’t until some while later, when she was thirteen, that she started reading in it. She thinks about that years later, when her Nana is suffering from dementia.

This introduces a recurring theme: the struggle to reconcile experience with our understanding of God and his promises. Near the end of the book, Halford recalls Chambers’s daughter, Kathleen, talking about her mother, Biddy. In old age, “Biddy ceased to be in her right mind and began to believe herself separated from God.”

She had an “inexplicable” illness, Kathleen said. “She wasn’t senile, she didn’t have Alzheimer’s disease, she was mentally ill. Mentally obsessed with guilt and separation from God...." It was shocking, because Biddy had always “been somebody who had never for half a second questioned what God allowed to happen, ever.”

And Halford goes on to relate how Kathleen herself was able to achieve “the same sort of unblinking realism about God that her parents had embraced” and that Halford aspires to.

She has reached this point via her deep engagement with Chambers, which wouldn’t have worked for me, and the way she formulates it isn’t satisfactory to me either. “Where did one worship, when one’s original church had lost its sheen?” she asks—lost its sheen, that is, by falling short of “unblinking realism about God” and substituting something else.

The answer, I thought, lay in Utmost. Not in the text of the book, but in the way the book was intended to function, as a daily ritual performed privately but also as a part of society: it was a book to share with friends. Against grand, abstract forces—churches, religions, nations, civilizations—the Chamberses embraced the intimate, the personal, and the communal.

What? The church is an “abstract force,” in contrast to “the communal”? And how much longer must we listen to cries against “institutionalized religion”? Come, Lord Jesus.

But in the meantime, all quibbles aside, Macy Halford has written a wonderful book, and I hope she will soon write another one, as delightfully quirky as this one.

Published in the May 5, 2017 issue:
View Contents
Tags
Spirituality
Books

A Wormhole through the Cheese