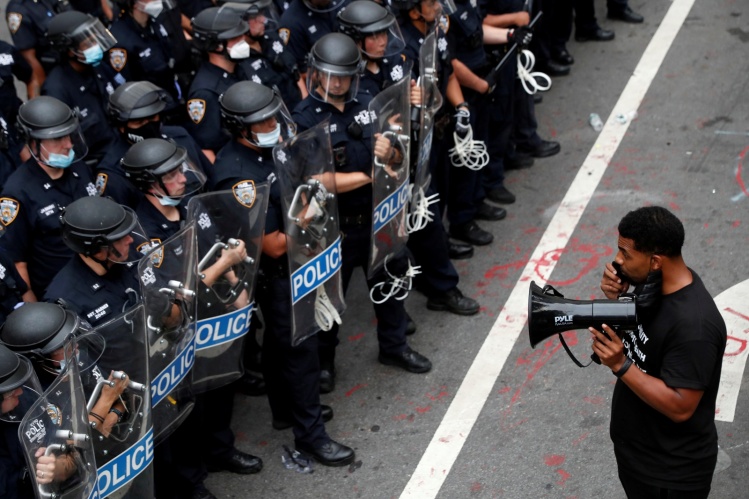 Since the killing of George Floyd in Minneapolis on May 25 and the nationwide demonstrations that followed, protesters and activists have focused attention on police budgets and how we conceive of law enforcement and criminal justice. Their calls to “defund the police” raise fundamental questions about what exactly we should expect the police to do and what we should prohibit them from doing. For many Americans, the old answers to these questions no longer seem good enough.

As others have noted, our society has become too reliant on the police to deal with too many kinds of problems, from domestic disputes, homelessness, and noise complaints to mental-illness episodes, curfew violations, drug offenses, and school safety. Many of these tasks would be better assigned to those professionally trained in addiction counseling, mental health, homeless outreach, and other fields, or to neighborhood organizations with tighter connections to the community. But an aversion to raising taxes to pay for these alternative approaches has left them chronically underfunded, even as lawmakers eager to look “tough on crime” direct ever more money to policing.

Police unions have continued to amass political power, wielding it to protect or increase funding for police, to sway elections, and to shield officers from legal action.
sharetweet

This trend began in the 1960s, when cities were faced with a choice between using social services to help combat rising crime or relying on policing and incarceration. The latter option won out. Since then, and more rapidly since 9/11, budgets for police forces, departments of corrections, and other parts of the criminal-justice system have grown, with municipalities spending between 20 percent and 45 percent of their discretionary budgets in these areas, even though crime rates have steadily declined since the 1990s. As social services are defunded, more of their work falls to the cops: “all urban policy becomes crime policy,” Harvard University historian Elizabeth Hinton has observed. For even the most minor disturbance or nuisance, often our only option is to call the police. And even these ordinary encounters have the potential to turn deadly—not only because of improper training, but also because the responders are all armed.

At the same time, police unions have continued to amass political power, wielding it to protect or increase funding for police, to sway elections, and to shield officers from legal action. Derek Chauvin, the officer who killed George Floyd, had eighteen misconduct complaints filed against him over the years. Only two of those complaints resulted in disciplinary action. And the record is rife with similar cases in cities and towns across the nation. Often the offending officers are protected under “qualified immunity,” an idea first established by the Supreme Court in 1967 that protects police from legal liability if they use force “in good faith and with probable cause.” In the decades since, this definition has expanded so that, in cases where an officer is accused of using excessive force, the officer almost always wins. Eliminating qualified immunity is just one necessary reform to policing. We also need to ban chokeholds; prohibit police unions from donating to elected officials like attorneys general and district attorneys; and require the police to report each time they use force. A reform bill from House Democrats calls for many of these measures, and also proposes the creation of a national database to track police misconduct. But a bipartisan plan will probably not be taken up before the election.

Important as such reforms are, we must also increase funding to social services that can reduce the number of interactions with armed officers and provide the resources without which people are more likely to turn to crime. Every state and municipality will have to consider its particular circumstances—a town of ten thousand people will have needs different from New York City. But in many cases it will make sense to shift certain responsibilities from the police to other agencies and groups, reducing police-department budgets and reinvesting in services that help the most vulnerable. “Care, not cops” has emerged as a slogan of the Black Lives Matter movement; it’s a call to prevent crime by meeting urgent social needs instead of reflexively resorting to arrest, prosecution, and punishment. What could such a society of care look like? Each of us can begin to answer that for ourselves and our communities. The spectacular cases of police misconduct are what make national headlines—and rightly so—but the discussions occurring every day in city-council sessions, meetings of local civic groups, and places of worship are the first critical steps in bringing about the change that’s needed.