The Year in Books

My top choices of 2022
By Anthony Domestico
Books
Culture 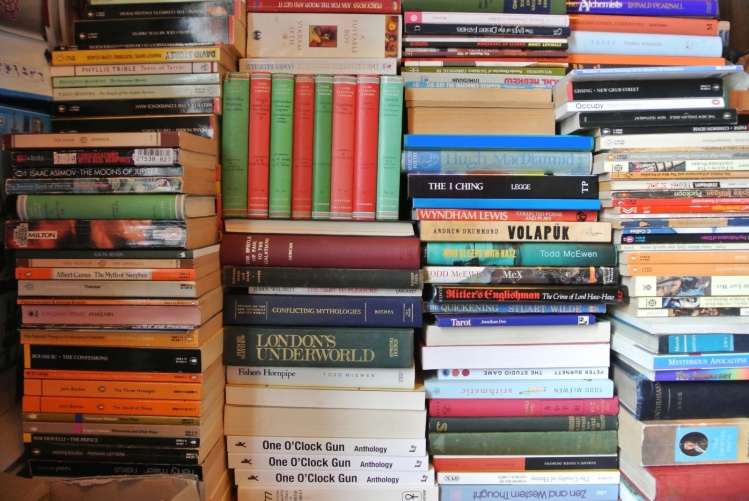 Howard’s novels take place during World War II and the years after. They follow the Cazalets, an upper-middle-class family who made their money, and then lost a good deal of it, in timber. They’re novels of and about domesticity: meals are cooked, beds are made, parties are thrown, dishes are washed. They unfold slowly—they’re as much about time as they are about anything else—and they’re plainly, exactingly written. By contrast, Child’s novels center on an ex-military cop who wanders around the United States, somehow always finding himself framed for, or embroiled in, a crime that he has to punch and kick and headbutt his way out of. A typical sentence from Howard: “There came to be a tacit censorship of what they talked about.” A typical passage from Child: “The damn bullet didn't even make it into your chest. Your pectoral muscle is so thick and so dense it stopped it dead.”

I finished the Cazalet Chronicles in November; I’m on my eleventh Reacher novel now. Spending time with the Cazalets is like having a nice, leisurely tea. The fare doesn’t seem that impressive at first. But then the tea warms you up and the finger food proves tasty and you don’t want to be anywhere else. Spending time with Reacher is like chugging a large coffee with two extra shots of espresso that’s also been laced with cocaine. It gives you quite the jolt if it doesn’t kill you. (In The Enemy, we learn that Reacher started drinking coffee at the age of four. In adulthood, his “need for caffeine makes heroin addiction look like an amusing little take-it-or-leave it sideline.”)

We come to books for different reasons. Here are some of my favorites from 2022: books that scratched one readerly itch or another; books that I didn’t get a chance to write on and want to recommend.

This might be the best book that I read all year. A portrait of the critic as a young man, Come Back in September describes Pinckney’s decades-long, complicated relationship with Elizabeth Hardwick. First, Hardwick was his professor. Then, she was his friend. Always, she was his model for what a life devoted to literature might and should be. “We’d ventured into an education of sympathies,” he writes. Pinckney does too many things well to list here. He’s a superb chronicler of the New York City scene in the 1970s and 1980s; he’s a terrific gossip and a memorable portraitist of artists, writers, and intellectuals. I won’t forget the image of William Empson showing up to Hardwick’s apartment “with chewing gum stuck in both ears.” Why? Well, “he’d tried to block out student noise in the dormitory at Kenyon College…But then he couldn’t get the gum out.” Late in the book, Pinckney remembers one of Hardwick’s many aphorisms: “Style is more than personality.… It is your character.” Come Back in September, in style and character, is pure elegance.

Spending time with Jack Reacher is like chugging a large coffee with two extra shots of espresso that’s also been laced with cocaine.
sharetweet

About midway through Come Back in September, Pinckney, a great gay writer, describes encountering for the first time what many would still consider the Great Gay American Novel: “I read Dancer from the Dance [1978] but was so jealous of Andrew Holleran’s novel I said I found the promiscuity dull.” In part based upon this throwaway line, I read Holleran’s latest, The Kingdom of Sand. This spare, sad book, the fifth novel by the seventy-nine-year-old Holleran, is about “the old story: the power of youth and beauty.” Or, rather, it’s an exploration of what happens when “Life is behind you.” That capitalization indicates something of Holleran’s deep-grained, and chastened, romanticism. For him, “Life” is beauty, desire, youth, poetry, sex, and The Kingdom of Sand considers what is left when these things seem gone forever. “I wanted to stay in one dear, perpetual place,” the Holleran-like narrator writes. “I wanted to watch what happened to it over Time.”

Scholars nowadays love to talk about interdisciplinarity, but Sewell’s 1960 book, reissued by NYRB Classics, is the real thing. “What is the biological function of poetry in the natural history of the human organism?” Sewell asks, before answering this question, or approaching it from a number of different angles, in over four hundred rhizomatic pages. She is interested in poetry not as a subject but as a “form of thought,” “one of the great living disciplines of the mind, friendly to all other disciplines, and offering them and accepting from them new resources of power.” Her book is lovely and completely idiosyncratic—an apt description of Gross’s Dangerous Children, too. In it, he ruminates upon eight very strange fictional children, ranging from Lewis Carroll’s Alice to Nabokov’s Lolita. Read alongside one another, they “show us different faces of loss, of life and death, or forms of death-in-life and life-in-death.” They allow us to see things anew: silence and speech, subjecthood and objecthood, sense and nonsense. Gross’s thinking is subtle and stylish. He doesn’t so much make an argument as “keep the mind open to the right childish things, which may be close enough to the wrong ones.”

I’ll read anything by Crowley, whose Little, Big remains the gold standard for American fantasy, or by Dawidoff, whose five previous books ranged in subject from country music to the New York Jets. Flint and Mirror is classic Crowley, a melancholy novel that moves between historical fiction (ancient Ireland is the setting) and fantasy (magic mirrors; a shape-shifting Seal King). The Other Side of Prospect is ​​the story of a young man named Bobby who confesses to a murder that he did not commit. It’s also the story of Bobby’s city, New Haven, and his neighborhood, Newhallville. It’s a story of the Great Migration, which brought Bobby’s family from the South to the Northeast, and it’s a story of the American criminal justice system. It’s also the best book Dawidoff has written.

Gross’s thinking is subtle and stylish. He doesn’t so much make an argument as “keep the mind open to the right childish things, which may be close enough to the wrong ones.”
sharetweet

By my count, this is the fourth of Li’s books that I’ve included in my annual “best of” list. The Book of Goose presents us with two teenage girls, willful Fabienne and the seemingly tractable Agnes, growing up together in the impoverished French countryside during the 1950s. The plot gets going when Fabienne decides upon a game: she will narrate stories to Agnes; Agnes will write them down and be credited as the author (she is, after all, the more ingratiating one); the book will be published and, voila, people will, in Fabienne’s words, “know how it feels to be us.” As in a fairy tale, dream soon becomes reality. The book is published and Agnes becomes a celebrity. One kind of game—fooling the literary world—becomes another kind entirely, and we all know how deadly serious games can be. The Book of Goose is, like all of Li’s work, a masterclass in precision. It’s also a brilliant consideration of why we write: to get attention and to get revenge; to make things interesting and to make things real.

Jefferson’s book is experimental and traditional, often at the same time. A work of “temperamental autobiography,” Constructing a Nervous System trains a critical eye on Jefferson’s life and on the memoir form itself. In fractured sections, Jefferson examines how her life—growing up in Chicago’s postwar Black elite; attending Brandeis; making her living in New York as a critic—has shaped her sensibility, the way she feels and how she expresses that feeling. “Great soloists never perform entirely alone,” she writes. “They always contain allusions to unseen bodies.” And so Jefferson considers how a constellation of different artists—Ike Turner, Ella Fitzgerald, and many others—have served as models and anti-models, giving her styles to imitate and avoid and transform. These models have offered her “a discipline, a repertory of styles.” Jefferson is a critic to whom other critics listen and from whom they learn.

Three novels: one energetic, even occasionally antic (Either/Or); one calm, even quiet (Works of Mercy); the other somewhere in-between (On Java Road). Batuman’s second novel picks up where her first novel, The Idiot, left off, following main character Selin into her second year at Harvard. It’s more impressive, if less perfect, than her debut; not just a comedy (though it’s very funny) but an examination of how literature might provide, for better or worse, equipment for living. Thomas’s debut novel centers on an elderly woman, Kirsty Sain, who cleans the rectory for her local priest and stands at a lonesome distance from the world. It’s beautiful and has my favorite fictional cat of the year. On Java Road features a veteran writer of literary suspense at his best. You come to Osborne for plot (here, a mysterious disappearance and then a dead body) and for place (a protest-riven Hong Kong) but above all for atmosphere. Guy Davenport once said that Symbolist poetry offers “a confusion rather than an epiphany of meaning.” That’s what you get in Osborne, too: an introduction to, rather than a clarification of, the frightening haziness of the world.

Four collections of poetry: three from old favorites (Yezzi, Stallings, and Koethe), one from a new discovery (Blair). Here’s a favorite passage from each. From Yezzi: “When you have seen something, alone, just you, / you’ve got a choice: to keep it to yourself / or tell someone and keep telling it / until they see it’s true.” From Stallings: “You can’t go back. It’s time you learned // That what is burned is burned is burned.” From Koethe: “Who cares whose voice it is, as long as it’s alive?” And from Blair: “The dead are great surveillance.”

I’ll end with my favorite book about one of my favorite places in the world: the bookstore. “Sometimes the mere existence of a phenomenon—a human, an institution, a work of art—is worthy of awe. Its declaration cannot be countermanded.” So writes Deutsch about Chicago’s Seminary Co-Op Bookstore, of which he was once a loyal patron and of which he is now the director. In Praise of Good Bookstores is part commonplace book (Deutsch seems to have found every passage from literary history about browsing and buying books, and there are many), part love letter to bookstores past, present, and future. Is it tough to make money selling books? Yes. But, as Deutsch writes, “The business model has failed us, not we it.” Bookstores cultivate certain habits of mind and distinct ways of living within time. They give us joy and much else besides: “We enter a bookstore unsettled, hoping to settle something within us.”