Who Suffers When Trump & Ryan Destabilize the ACA? 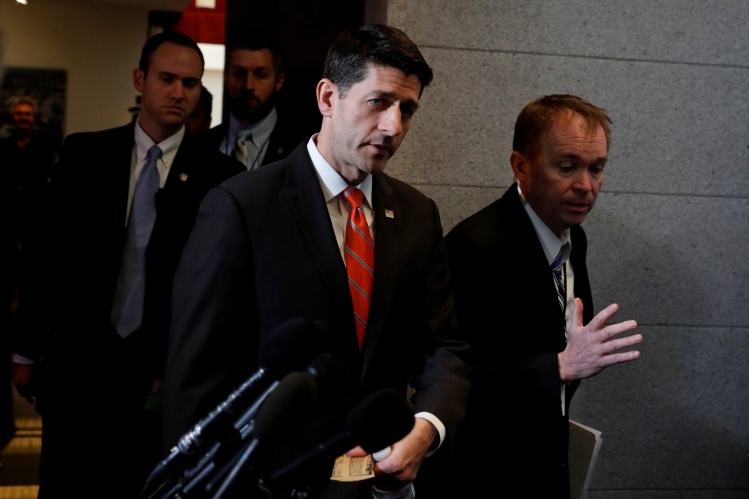 Congressional Republicans have finally gotten something they want: an abrupt end to a key funding mechanism for the Affordable Care Act. And House Speaker Paul Ryan is not in a rush to repair the rupture, as he told reporters in Madison, Wisconsin, on Monday. Instead, he’ll says he’ll wait until Congress passes a new healthcare law, which could be, well, never at the rate it is going.

It sounds a lot like a pre-emptive shot against Sens. Lamar Alexander (R-Tenn.) and Patty Murray (D-Washington), who announced Tuesday that they had come up with a bi-partisan agreement to continue the funding temporarily.

But House Republicans have been on a three-year journey to uphold their power over the budget, arguing that the Obama administration paid out billions of dollars in health care subsidies without congressional authorization. They filed suit in 2014 and succeeded in winning a federal court ruling that held the Obama administration’s actions were unconstitutional; it is stayed pending appeal. Then President Donald Trump decided on his own to cut off the funds this week. Ryan saw it as a great victory.

It was the kind of victory that counts in Washington—an affirmation of his power. But Ryan, who has taken occasionally to giving lectures on Catholic social teaching, has accomplished much more in confirming his budgetary authority than in helping to get people health care, which Pope Francis has called a “universal right.”

What’s at stake is a system that helps lower middle-class people with their out-of-pocket health care expenses, particularly those in the Affordable Care Act’s “silver” plans. These are people whose income is too high to qualify them for Medicaid, but who don’t have insurance from their jobs. Their incomes range up to two and a half times the federal poverty level, or $61,500 for a family of four.

Technically, this power struggle is over an ambiguous passage in the health care law concerning “cost-sharing reductions,” or CSRs. Insurance companies are required to reduce costs for eligible consumers, and the federal government reimburses them. If it’s a subsidy for the insurance companies, as a federal judge found, then it’s money that requires a congressional authorization. If it’s part of a tax credit for the consumers, as the Obama administration argued, then the Treasury Department has the power to authorize it.

That’s the issue before the federal appeals court. Ryan’s lawyers in the House tried to block the states from intervening in the appeal to seek continued funding.

What’s at stake is a system that helps lower middle-class people with their out-of-pocket health care expenses.
sharetweet

In a brief filed three months ago, they argued that the states’ move to enter the case was based on “sheer speculation” that the Trump administration would stop the payments; that “insurers might respond by raising premiums or withdrawing from the exchanges, that more individuals might become uninsured,” and that there might be increased cost to the states. (Italics are theirs.)

In other words: No cause to worry.

In granting the states’ request to intervene, the three appeals court judges disagreed with Ryan’s lawyers:

The States have shown a substantial risk that an injunction requiring termination of the payments at issue here—which is the relief sought, and obtained in the district court, by the House of Representatives—would lead directly and imminently to an increase in insurance prices, which in turn will increase the number of uninsured individuals for whom the States will have to provide health care.

In addition, state-funded hospitals will suffer financially when they are unable to recoup costs from uninsured, indigent patients for whom federal law requires them to provide medical care. … That causal linkage is plausible, directly foreseeable, imminent upon the grant of the House’s requested relief, and adequately supported by the affidavits and supporting documents the States have filed.

Very imminent, as it turned out: the Trump administration notified the court that the next payment to insurers, scheduled for October 18, would not be made.

The U.S. Conference of Catholic Bishops spoke out against the move through a statement issued by Bishop Frank J. Dewane of Venice, Fla., chairman of the bishops’ Committee on Domestic Justice and Human Development:

This is of grave concern. The Affordable Care Act is, by no means, perfect, but as leaders attempt to address impending challenges to insurance market stability and affordability, they must not use people's health care as leverage or as a bargaining chip. To do so would be to strike at the heart of human dignity and the fundamental right to health care. The poor and vulnerable will bear the brunt of such an approach.

Can we expect another lecture from Ryan on Catholic social teaching?

Go Yoko: WAR IS OVER (If You Want It)