Who Are the Houthis, and Why Are We Bombing Them?

On Wednesday, October 13, the U. S. Navy bombed three radar sites in Yemen said to be controlled by the Houthis. Why? The Houthis are Yemeni tribal people at war with Saudi Arabia. More accurate to say the Saudi Air Force is at war bombing the Houthis, who have no air force. The U.S. is assisting the Saudis by providing intelligence and bombing coordinates to bomb the Houthis.

The Navy justified bombing the Houthis radar sites in retaliation for "missle" attacks on navy ships, which missed their target. Do the Houthis have radar sites? If not, who does? Whose missles missed the U.S. Navy ships?

Paul Pillar has an excellent analysis of these events, "The Logic of War."

Question 1. Why are we assisting the Saudis in their bombing campaign, which like the Russian bombing of Aleppo is killing civilians and bombing hospitals?

Question 2. Why are we supporting the Saudis (Sunnis) over the Houthis (Shiites), who have been allies more or less of the U.S. in that they are opponents of Al Qaeda (Sunnis) in the Arabian Peninsula? Of course the Houthis have no oil, nor money. We can't sue them for 9/11. But never mind.

Read the illogic of  "The Logic of War."

The sky is falling! 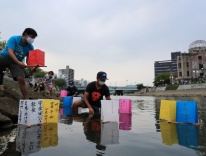 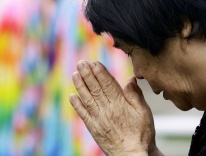