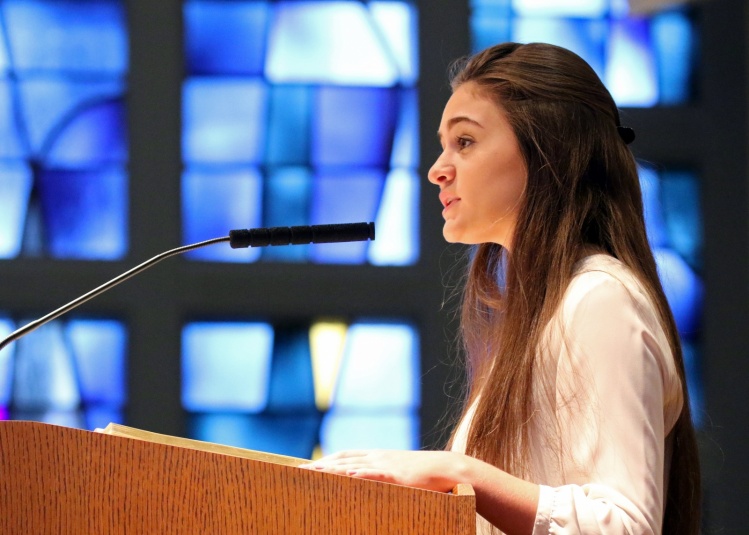 There has been a lot of ferment recently around questions of ministry in the Catholic Church—both in the liturgy and in the life of the Church more broadly. Who ministers? How is their service honored as a gift of the Holy Spirit for the building up of the Body of Christ? How do ministries flow from the liturgy and lead us back to the liturgy, which is the summit and source of the life of the Church? It is worth summarizing some recent developments, many of which have taken place in just the past year, and considering their implications.

The possibility of opening the permanent diaconate to women continues to provoke much discussion, both at the grassroots level and in Rome. A thriving grassroots organization called Discerning Deacons is gathering steam, and two Vatican committees were formed under Pope Francis’s watch to study the question. The second of these has just begun to meet. In the meantime, Francis has opened the instituted ministries of lector and acolyte to women. This looks like a modest venture on the surface, but it could prove significant. Then, in May 2021, he decreed the creation of a new instituted ministry, that of catechist, also available to women. This will not only honor those with a lifelong vocation to the catechetical ministry, but will also affect lay pastoral ministers who shepherd communities, spread the faith, lead prayer, help the sick, celebrate funerals, promote justice, and represent the Church in far-flung places. The Rite of Institution of Catechists was just released, with a start date in January. This is lightning speed for Rome: announcement in May, fulfillment in December. (It took Cardinal Robert Sarah more than a year to change one line in the liturgy of Holy Thursday so that women could be included in the foot-washing ritual.)

The ministerial priesthood also seems to be a focus of renewal. In March, there was a crackdown at St. Peter’s Basilica that eliminated private Masses in favor of concelebration. It’s a shift inspired by Vatican II. The problem of having multiple priests celebrating “their” Mass privately, at the same time other Masses are going on, was explicitly addressed by the council, which introduced the practice of concelebration. The norm of the liturgy is that it is a communal exercise, not a solo performance. Concelebration underscores the unity of the priesthood. That point, unfortunately, tended to be lost amid media coverage that subsumed the change to an existing narrative about Francis’s hostility to the older forms of the Mass. But it really was more than that.

Lay men and women have been doing these ministries for a long time, but not as ‘instituted ministries.’ Does institution matter? If so, how does it matter?
sharetweet

Another development: Cardinal Marc Ouellet, the prefect of the Congregation for Bishops, has announced a plan for a major theological conference at the Vatican in 2022, and it’s on—you guessed it—the priesthood. Interestingly, it’s not going to be focused only on the ministerial priesthood, but will consider the relationship between the priesthood of the faithful and the ministerial priesthood. And it’s going to be “constructive theology,” which means asking new questions. Stay tuned.

While questions pertaining to ordained ministry tend to grab the limelight, the Second Vatican Council brought back into play the whole notion that a variety of ministries serve the liturgy; it is not a clerical preserve. Broadening access to the instituted ministries continues this creative process of ressourcement (return to the sources) which was unfortunately interrupted after the council. Therefore, the question of instituted lay ministries—lector and acolyte, and now catechist—deserves a closer look. Lay men and women have been doing these ministries for a long time, but not as “instituted ministries.” Does institution matter? If so, how does it matter?

A little background is in order. Prior to the Second Vatican Council, the pathway to priestly ordination consisted of several steps and stages. Some of these were the so-called “minor orders.” According to the twelfth-century theologian Peter Lombard, there were seven degrees of order: door-keepers, lectors, exorcists, acolytes, sub-deacons, deacons, and priests. The first five of these were considered “minor” orders because they were not conferred by a hand-laying, yet all were part of the clerical estate.

Pope Paul VI, as part of the reforms of the Second Vatican Council, suppressed some of the minor orders and decreed that the others would be called not orders but ministries. The two principal ones, ministries that he said should be observed everywhere, were lector and acolyte. They are lay ministries. He believed these were so important that we should formally institute those who serve in them. But there was a catch. Paul reserved the instituted ministries to males. It’s not clear why. My hunch is that it was because he was still thinking in the mode of “no women in the sanctuary.” In any case, it killed the project. Nobody did it. The only “instituted” lectors and acolytes remained those seminarians who were on their way to priestly ordination. It was “minor orders” by another name. We were back to where we started.

At the same time, however, the “informal” use of lay lectors and acolytes, without benefit of institution, grew at a fantastic pace. As early as 1970, women were explicitly allowed to serve in the ministry of reader. Permission for women to serve as acolytes was slower in coming, but by 1994 Pope John Paul II allowed it, though he left the actual decision to the local bishops.

The bishops of the world have been asking for change. Twice, synods of bishops have asked for women to be admitted to the instituted ministries: the Synod on the Word of God in 2008 and the Amazon Synod in 2019. Finally, Pope Francis made the change in canon law in 2021.

Is this an issue of justice? For sure. Yet it’s also a move toward greater flourishing because it acknowledges charisms, gifts of the Spirit. It also sets the service of women lectors and acolytes on a more stable footing institutionally. When you institute something, it’s no longer ad hoc. It’s not a concession. It’s a commitment. The Church will still have ad hoc ministers as needed. But they will exist alongside a stable core.

Hidden in this decision is another “something new,” which we have yet to appreciate. A look at the early history of the instituted ministries of lector and acolyte show that they were both a participation in the work of diaconal ministry. Thus, the move to open these instituted ministries to women is not unrelated to the discussions about women in the diaconate.

One more thing. The model from the early Church shows that sanctuary ministries were connected, not only to one another within the liturgy, but also to the Church’s work of evangelization and charity outside the liturgy. Thus, a lector might also instruct catechumens, and an acolyte might distribute alms to the poor. This organic approach, if pursued, could indeed be very fruitful. It will affect how we recruit, train, and form lay people for ministry. We’re not aiming at just filling slots or getting someone to perform a task. Instead, the focus should be on finding and empowering the called and gifted person, charged with the mission to minister to the Church outside its walls as well as within them. The liturgy both draws us in and sends us out.

All these “new” things pertaining to ministry—women in instituted ministries, discussions of opening the diaconate, taking another look at what the priesthood of the faithful means (and how it relates to the ministerial priesthood), the enforcement of discipline concerning private Masses—suggest a ferment around bringing Vatican II principles into actual practice.