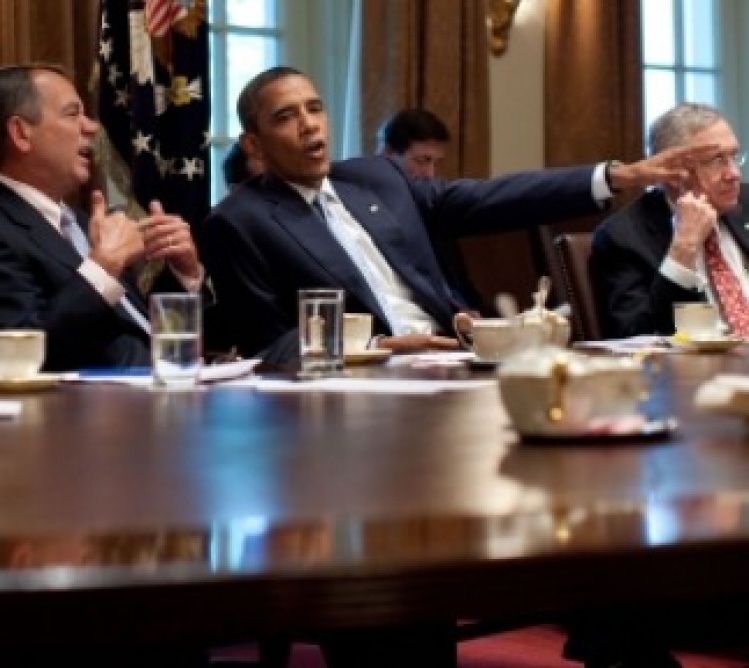 We interrupt this highly partisan and ideological moment with some contrarian news: President Obama is not the only politician who thinks that expanding access to pre-Kindergarten is a good investment.

In Alabama, Republican Gov. Robert Bentley urged a 60 percent increase in preschool funding in his state, with the goal of having a universal preschool system in place within 10 years. "I truly believe by allowing greater access to a voluntary pre-K education," Bentley declared earlier this month in his State of the State message, "we will change the lives of children in Alabama." The state Bentley leads is not a notoriously liberal place.

Nobody should pretend that the president has found in pre-K education the key that will unlock bipartisanship. Right out of the box, Andrew J. Coulson of the libertarian Cato Institute's Center for Educational Freedom told The New York Times that Obama's plan "just doesn't make any sense" while Rep. John Kline, R-Minn., who chairs the House Education and Workforce Committee, sounded a skeptical note in saying the president "needs to explain how this program will be different."

But by today's partisan standards, Kline's comment was remarkably restrained. So it's worth pausing to wonder if we might slowly be opening an era when Republicans will be feeling a little less pressure to mouth tea party attacks on government and more incentive to say that they, too, want to solve problems that concern the vast majority of Americans.

In pushing universal pre-K, Obama made a shrewd choice in both political and policy terms. There are enough studies to show that early childhood education programs make a real difference, which is why Republicans such as Snyder and Bentley embrace them. And Obama is structuring his initiative to work with the states to build on what many of them are already doing, or would like to do.

This beachhead of cooperation might also serve as a reminder to Republicans that the idea of politics as all-ideology, all-the-time is a relatively recent invention. Education reform was a thoroughly bipartisan cause in the 1980s. Governors such as Democrats Bill Clinton in Arkansas and Richard Riley in South Carolina, and Republican Lamar Alexander in Tennessee teamed up to push for higher standards. Alexander, who is now in the Senate, was willing to raise taxes to finance his education initiatives.

There is also the tale of Tommy Thompson, who as governor of Wisconsinin the 1990s tried to broaden health insurance coverage with his "BadgerCare" program. Early in the debate over Obama's Affordable Care Act, Thompson called it "another important step" toward achieving reform.

Thompson had to eat those words when he sought the Republican nomination for the U.S. Senate last year in the face of tea party opposition. The rebuke of Thompson from Chris Chocola, president of the conservative Club for Growth, was representative. "The world has changed since he was elected to office," said Chocola, who had endorsed one of Thompson's primary opponents. "Now we're talking about how much less we'll spend rather than how much more we'll spend." That was right-wing ideology speaking.

Thompson survived the primary but was then defeated by Democrat Tammy Baldwin. While liberals cheered Baldwin's victory, there was something poignant in Thompson's losing in part because he traded in his problem-solving past for a new anti-government disposition that didn't really fit him.

You sense that Republicans such as Thompson and (there are many others) are exasperated with the view that the only point of seeking public office is to shrink government. But it will take considerable courage for such Republicans to move their party back to a time when conservatives and progressives did not have to disagree on everything -- when causes such as helping four-year-olds to learn and thrive could encourage politicians to lay down their arms at least momentarily.

There are other issues that ought to be like this: training and education programs to restore mobility and ease inequalities; immigration reform; and at least parts of Obama's agenda to curb gun violence. But progress will require conservatives to give up certain recent habits and remember when they, too, believed that government could successfully remedy some of the nation's ills.

It's Better Than It Looks