When Citizens Are Targets 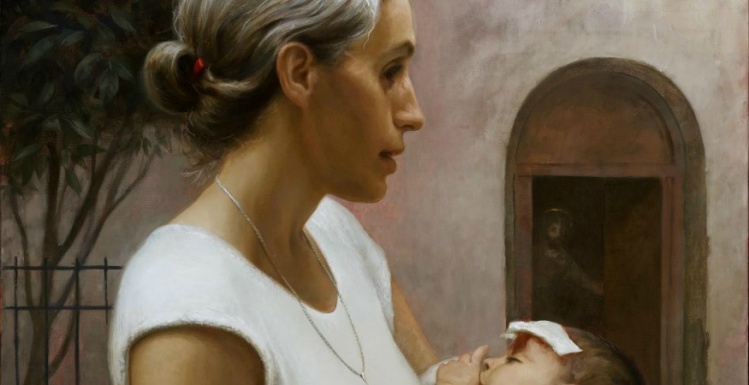 Jose Dolores Serrano died on February 11. He was eleven years old. His middle name means sorrow, pain; fitting name for a child of El Salvador. I never saw his face, in life or in death. I only saw what was left of his body; his right leg, attached by shreds of skin to a section of ribs; his left foot; no arms, no hands, no head, no face; only pieces of flesh and hair scattered across the ground, splashed across the wall in the one-room house where his body was blown apart. Blanca Lidia, two years old, her body still cradled in the arms of her dead father Anibal, in another comer of the same house; her face too was completely destroyed by one of the two rockets that tore through the building. Isabel, nine years old, was lying close to her little sister Anabel Beatriz, one year old: at least I could see their faces.

These five died and sixteen more persons (five adults, eleven children) were wounded  that Sunday morning  as Salvadoran Air Force helicopters and A-37s strafed and rocketed their village, Corral de Piedra, in the northern "province" of Chalatenango. Four families had taken refuge in the tiny brick house when the bombardment began, because it seemed more secure than their shacks of adobe or plastic and tin. Everyone who was in the house when the rockets hit was either killed or wounded.

I awoke that morning, as I have so many mornings in recent months, to the sounds of combat nearby. Shortly thereafter, I heard helicopters arriving, and then the A-37 fighter-bombers. I kept stepping outside my house to watch; the helicopters circling, strafing, rocketing; the two bombers climbing and diving in huge arcs. I even got out my camera to take some pictures, since the bombardment seemed unusually heavy, and perilously close to the recently repopulated village of Corral de Piedra, only four or five kilometers from my house in Guarjila. There are about five hundred people living in Corral, all Salvadorans who had been in refugee camps in Honduras for eight years or more, after having been driven from their homes by the indiscriminate bombings and brutal massacres the Salvadoran military carried out in the early 1980s. They had returned to this area of Chalatenango in late October  1989.

There was a lull in the fighting and I went back inside to my Sunday-morning housecleaning. Within a few minutes I heard a jeep roar up, honking, and then the voice of my friend Cathy, a School Sister of Notre Dame who had been living in Corral de Piedra since early December. "Ann, come with me-there are dead and wounded in Corral!"

I thought for a moment that she meant soldiers or FMLN combatants. "Not civilians?" I asked.

"Yes, civilians, and lots of them!" she answered, as I grabbed the emergency equipment I keep in my house. I called to one of the health promoters who lives nearby to come with me. As we raced back in Cathy's jeep another car passed us headed the other way, driven by another volunteer church worker in the area, carrying four of the most severely wounded to the local hospital.

We arrived in Corral de Piedra to a scene of anguish and confusion: friends and families standing, staring, sobbing. The wounded had been carried to some nearby shacks. I took a quick look at each one, and decided it would be best to take everyone to the hospital. While the health promoters and other volunteers from the community helped the wounded into the jeep and the Guarjila cooperative's truck, I went with Cathy to look at the house the rockets had hit, and the dead within it. The two vehicles then proceeded to the hospital. We stopped briefly in Guarjila so that I could get my identification papers. To my amazement and horror, as I walked back toward the jeep a C-47—a huge, lumbering plane—flew over.  It began to strafe while still over Guarjila and continued firing as it flew toward Corral de Piedra while we continued with our mission.

At the hospital I tried to make sure that everyone was appropriately treated and also to gather the names and ages of those who had died. Two women and a thirteen-year-old boy were quickly transferred to the public hospital in San Salvador. One man, two women, and four children were admitted to the hospital in Chalatenango City. Five children were treated and released. One child, a four-year-old named Jose Alfredo, needed to be transferred to the children's hospital in San Salvador but there was no ambulance to transport him. So Cathy and I took him, his IV bottle hanging from the jeep's roll bar. We took with us as well Rosa Marina, a beautiful four-month-old baby who had been released after her head wounds were sutured. Her wounds were superficial but she seemed lethargic and there was no one at hand to care for her. It was her father and two-year-old sister who had died a few hours before, and her mother was one of the wounded in the ambulance en route to San Salvador.

Amid the blur of subsequent events, a few impressions stand out starkly:

(l) In spite of the testimony of all the eyewitnesses (both those who witnessed the bombardment, including Cathy and two other North American Sisters, and those who arrived later that day, including several journalists and the members of two human-rights monitoring organizations), the armed forces and Salvadoran government proceeded with a campaign of lies, distortions, and misinformation which for me only magnified the horror of the initial events. Salvadoran newspapers, radio, and television all carried the official armed forces versions: that the deaths and injuries were caused by a catapult-launched FMLN explosives device; that the civilians had been caught in crossfire; that it was "not yet known if the dead were civilians or FMLN terrorists." It did not matter how many eyewitnesses there were, how much shrapnel from rockets was recovered at the site (including pieces imprinted with the word "rocket" in English), nor that similar shrapnel was removed from the bodies of the wounded. The technique of the "big lie" is alive and well in El Salvador. Finally, after four or five days, confronted with the massive and mounting evidence, the head of the armed forces was forced to admit that "a rocket" fired by "a helicopter" had caused the deaths, and that the families would be offered an indemnity.

Representatives of Tutela Legal, the human-rights monitoring office of the Catholic Archdiocese of San Salvador, were barred from entering the area on Monday, February 12,and finally got through only two days later. On that Wednesday and Thursday I was privileged to accompany them on their tour of the area and to observe their meticulous investigation. I had already seen the house where the two rockets hit, and the mangled bodies within it. But, walking through Corral de Piedra with the Tutela Legal staff, I was stunned to note at least fourteen holes in the earth, all still filled with shrapnel, where rockets had fallen close to other houses. It is astounding that only one house was hit, that there were not twenty dead and four hundred injured. It became clear beyond doubt that this was no accident. No isolated, badly aimed single rocket fell in the village of Corral de Piedra. It was subjected to a deliberate, intense, prolonged bombardment.

This event did not occur in isolation. It occurred in the context of a heavy military operation in and around the villages in this part of Chalatenango. There have been almost daily fire fights and aerial bombardments near one or more of the com­munities. Seven civilians had been wounded in Guarjila, two in Los Ranchos, and four in Las Vueltas prior to this incident. Four more have been wounded subsequently: a five-year-old girl and a thirty-two-year-old by "stray bullets" from ground fire on February 16; a nine-year-old boy (badly injured) and his seventy-one-year-old grandfather (less so) on February 20 by a mine. All through January I had felt the tension mount within these villages, as bombings occurred more frequently, as more and more civilians were wounded. I found myself filled with a sense of doom and foreboding which has now proved grimly clairvoyant.

The terrible truth is that the FMLN are not the only targets of the Salvadoran armed forces. The murder of the six Jesuits and two women in November was not some strange, sad aberration within a basically decent system. The gruesome deaths of Jose Dolores Serrano and his four companions were no regret­table accident. Jesuit priests and campesino children become legitimate military targets for a military and civilian power structure rooted in injustice and characterized by consistent and brutal repression of those who threaten it.

Ann Manganaro is a member of the Sisters of Loretto and a physician. She has been working in El Salvador since 1988.