What makes an ending a "cliffhanger"?

Since I've been posting so much about television lately, I want to say a word of appreciation for the New Yorker's new (well, fairly new) TV critic, Emily Nussbaum. (She's already written a whole lot of copy, but I think it's OK to call her "new" until the magazine gets around to including her in its online list of contributors.) I enjoyed the "On Television" columns by Nancy Franklin, but I got the distinct impression that no one at the New Yorker, including and perhaps especially Franklin, actually thought they mattered much. Franklin wrote not as a person who cared deeply about the medium and spent a lot of time thinking critically and intelligently about it, but rather as an intelligent person who could take or leave TV and thought about it only when a deadline loomed. Her approach to the beat was casual to a fault. Nussbaum, on the other hand, takes television seriously as an art form, and takes her job seriously enough that she watches pretty much everything. What is more, she seems to really enjoy a lot of what she watches (sometimes to an alarming degree), which is a good quality in a critic. I don't watch that much television, but Nussbaum's enthusiasm is almost enough to make me think I should, in the same way that Sasha Frere-Jones can make me briefly consider listening to more Rihanna. Also, Nussbaum's writing is crisp and funny and insightful (though I often think her pieces are a little longer than they need to be). Since she started at the New Yorker I am more excited about the back of the magazine than I have been in a long while.

The July 30 issue has an extra-long article by Nussbaum, "Tune In Next Week," a cultural history of the cliffhanger. Much thought and research went into this piece, which covers everything from Scheherazade to Dickens to Dallas and beyond. It's full of interesting historical tidbits and smart critical commentary about the evolution of serialized storytelling and what separates (or only seems to separate) "trash" from art.

A cliffhanger, Nussbaum says, "makes visible the storyteller's connection to his audience.... [Cliffhangers] reveal that a story is artificial, then dare you to keep believing." This is fascinating to reflect on. But by the end of the essay I felt the notion of "cliffhanger" had been stretched well beyond its useful meaning. Nussbaum gives a quick and very interesting history of how television went from shows like "I Love Lucy," whose episodes were self-contained stories "designed to run in any order," to "long-arc" series that sustain a story over many episodes and require more committed viewing. But is telling an ongoing story, one that ends and then picks up again in another installment, enough to qualify as employing "cliffhangers"? In her third paragraph, Nussbaum offers two definitions of the term:

Narrowly defined, a cliffhanger is a climax cracked in half: the bomb ticks, the screen goes black.... Cliffhangers are the point when the audience decides to keep buying.

That narrow definition is a very good one. But if you broaden it too much, it seems to me, you end up saying that any serialized story is a succession of cliffhangers, and that waters down the definition of "cliffhanger" too much for it to be useful. If a show is telling a story, in a serial fashion, well enough that I am invested in the characters, I will want to "tune in next week" to know what happens next generally. That is just the nature of being an audience to a narrative that isn't over yet. But a "cliffhanger" is something more specific -- a break, however long, that leaves a particular question unanswered. So the "Who Shot J.R.?" season-ender on Dallas, which Nussbaum discusses in detail, is a cliffhanger for sure. But when Jim kissed Pam at the end of season 2 of The Office -- to take another of her examples -- was that a cliffhanger? A "climax cracked in half?" Or was it just...a climax? A cliffhanger, I think, would have stopped the action just before Jim declared his love. ("Pam, I have something I need to say..." black screen; "to be continued.") As a devoted fan of The Office I spent the summer before season 3 in suspense, eager to find out where the characters and their story would go when the show started up again. But I don't think that suspense was specific enough for the ending to qualify as a cliffhanger.

This leads me to a quibble, and yes, it relates to Breaking Bad. Don't read on if you haven't gotten to the end of season 3 of that show (and you think you someday will). Go read Nussbaum's article instead. Now, Breaking Bad viewers, I want to know what you think:

Here's a quote from near the end of the article, about how cliffhangers have figured in the 21st-century renaissance of television.

While not every show embraced cliffhangers (David Simon's The Wire resisted them), many series, like 24, made a fetish of them or used them selectively, as elements of a primal cinematic universe, like Breaking Bad, a deep meditation on morality that was also a throwback to movie serials. In the gorgeously filmed Season 3 finale, Jesse (Aaron Paul), the young junkie immersed in the meth business, showed up at the door of the cheerful, eccentric Gale, a man targeted only for the crime of potentially replacing our antiheroes. Jesse held a gun, but his eyes filled with tears. His hands shook. A shot went off -- but it was unclear what had happened. We had to wait more than a year to find out, but Vince Gilligan, the shows creator, had built his story skillfully enough that those thirteen months welled up with meaning. The show's heart-in-throat suspense had become inseparable from its resonant themes, from the cruel calculus of modern capitalism to the American fantasy of masculine autonomy.

If you've seen that season 3 finale, tell me: was it really "unclear what had happened"? I never considered any other possibility than that Jesse had killed Gale. It would have been a cheap manipulation, far below the standards Breaking Bad had set for itself, for season 4 to begin with "Surprise! Gale survived a point-blank murder attempt." (In fact, the last episode of season 4 -- I am trying not to give anything away here, but if you've seen it you know what I mean -- climaxes with a magnificent fake-out along those lines, where for a moment you think the show really has pushed your credulity too far, and then...no, of course it hasn't, but instead you get a shock you couldn't have anticipated.) Certainly there was suspense between seasons 3 and 4, but the question viewers were left with wasn't "Where did the bullet go after Jesse fired it?" It was "What will happen now that Walt and Jesse have murdered Gale?" So, am I misremembering? Or am I just not imaginative enough? It seems to me a "climax cracked in half" would have required the screen to go black before the gun went off. Ending with the gunshot -- with an actual climax and not just a tease -- was a deliberate choice not to leave the big question unanswered. That's part of what makes Breaking Bad so compelling, the way it keeps raising the stakes and pushing its characters forward and not going back on its promises, so that you find yourself thinking: "He's not -- he can't... He did... And now what?"

While I'm dwelling on this paragraph -- it's true that The Wire in general resisted "cliffhangers." But -- spoilers ahead, if you have yet to watch past the first season of The Wire -- if the situation described above, in which Gale's death is not actually confirmed until the start of season 4, counts as a "cliffhanger," what about the shooting of Kima Greggs at the end of The Wire's first season? Her fate was a lot more ambiguous than Gale's, at least as I saw it. I started season 2 anxious to know whether Greggs had survived, whereas I would have felt manipulated if Gale were anything but dead when I started watching season 4 of Breaking Bad. (And yet, to be clear, I wouldn't call the end of season 1 of The Wire a "cliffhanger" either.)

But I quibble because I love. Go read, and let's discuss.

More Catholic news in the NYT 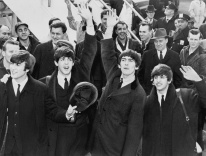 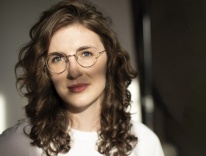 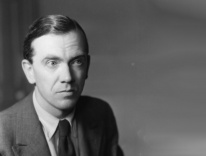