What Happened to Conservatives? 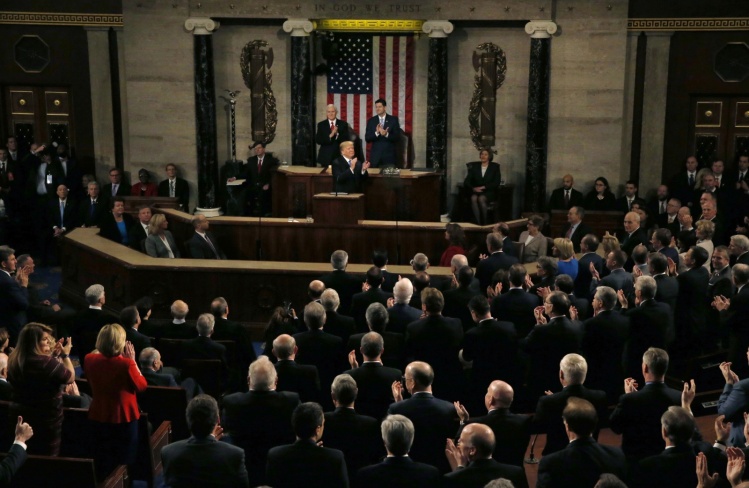 Political opponents cannot be expected to lavish boundless affection on those they battle day after day.

But in a well-ordered democratic system, those who fight on behalf of competing parties, interests and ideas can usually find some room for mutual esteem and even occasionally try to profit intellectually from each other. It’s when politics becomes unhinged that we squander the gift of social learning through reasoned argument.

The last several days underscore why not only political progressives but genuine moderates are at wit’s end with the Republican Party and what passes for contemporary American conservatism.

If conservatism in the United States has claimed to stand for anything, it is the idea that government authority should be limited. Conservatives regularly argue (especially when Democrats are in the White House) that the executive’s clout should be checked and that legitimate law enforcement authorities deserve our respect, particularly when they are investigating abuses of power.

The behavior of House Republicans in demanding James Comey’s memos about his conversations with President Trump, which were subsequently leaked to the media, shows a GOP that has abandoned all principle. It is willing to do whatever it takes to protect a president who has no regard for the truth, the law or established norms.

Any doubts that Republicanism and conservatism have given themselves over to one man, his whims and his survival were dispelled by the GOP’s use of the congressional oversight process to undermine a legitimate probe into a hostile power’s interference in our elections.

As it happens, the actual memos are embarrassing to Trump and support Comey’s veracity. And if the Republicans’ obstructionist triumvirate of Reps. Devin Nunes of California, Bob Goodlatte of Virginia and Trey Gowdy of South Carolina had hoped to prove that Comey leaked classified information, the memos reveal exactly the opposite.

It should be stunning that the chairs of the Intelligence, Judiciary, and Oversight Committees are more interested in doing Trump’s bidding than in figuring out how Vladimir Putin may have helped to elect our current president. It’s possible to imagine that, somewhere, Ronald Reagan is weeping.

This episode speaks to a larger question: that the corruption of American conservatism is the primary cause of our inability to have constructive debates that move us to resolve issues rather than ignore them.

The ongoing frustration of many of us who really did respect conservatism once upon a time is not just about the movement’s capitulation to Trump. It is also triggered by the supposedly substantive side of the news: The only thing Republicans in Congress know how to do now that their corporate tax cut has proved to be unpopular is—to propose more tax cuts. There is an emptiness where problem-solving conservatism used to be.

There is an emptiness where problem-solving conservatism used to be.
sharetweet

All of them understood from the Great Depression, the rise of fascism and a destructive world war that moderation is conservatism’s best impulse and that market economies require a social dimension. Capitalism could not work absent an active government that fostered a degree of economic equality and security.

Applying the insights of this more responsible version of conservatism to our time would lead us to seek the best approaches to the very discontents that helped put Trump in the White House in the first place -- for example, growing inequality. A 2016 Congressional Research Service report found that income inequality has been increasing since 1970. And between 2000 and 2015, incomes actually went down for the bottom 60 percent of earners. There are many causes for division and resentment in our country, and this is surely one of them.

Liberal democracy also faces challenges in Europe, where a 2017 Organization for Economic Cooperation and Development study found that “social cohesion” is threatened by the rise of economic inequality over nearly four decades.

We need a politics where the democratic left and right compete over who can most effectively and efficiently excise this social cancer from our body politic. Such a debate could be both instructive and productive.

Alas, except for a small, honorable cadre of writers and think-tankers, the American right has taken itself out of the game. Our politics will remain broken as long as conservatism confines its energies to cutting taxes and defending a reckless president at all costs.

The Health-care Race to Christmas