What Belongs to the Living 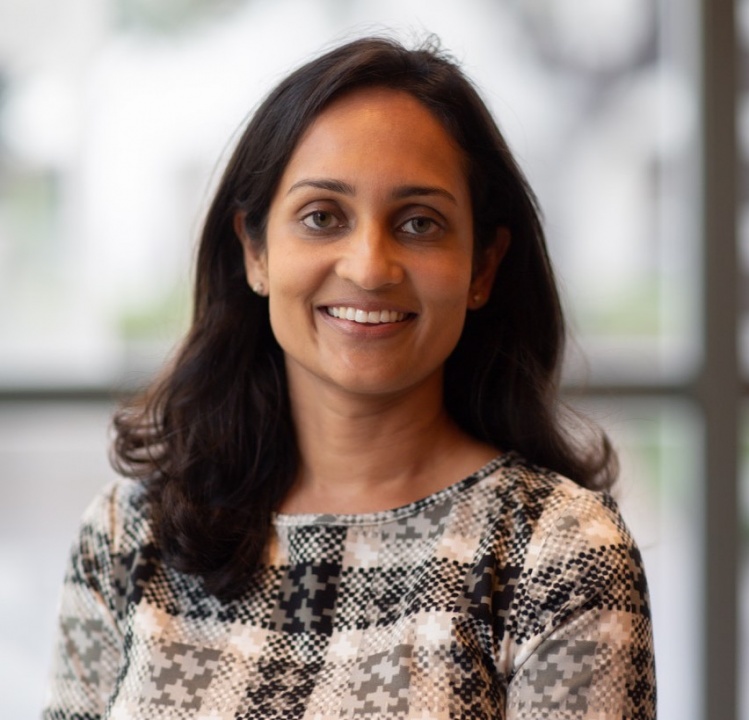 In each of the eight stories in Sindya Bhanoo’s Seeking Fortune Elsewhere, someone is missing—a child, a parent, a sibling, a beloved elder, a family an ocean away. The missing are not always dead, but their absences, whether by tragedy, choice, or inertia, are still haunting. In this luminous and piercing debut collection, every story hinges on the longing created by an absent figure and the characters who try to fill the empty spaces in sometimes surprising ways.

The opening story, “Malliga Homes,” which won a 2021 O. Henry Prize from Granta, is set in the southern Indian region of Tamil Nadu, at a luxury retirement home filled with residents whose children live abroad, including the widowed narrator. Her daughter and granddaughter have not visited in over two years, and her storytelling aches with abandonment. “The offspring of the rich are rich, and they do not seek their fortunes elsewhere. Like me, nearly every resident of Malliga Homes has lost sons and daughters to Foreign. That is the reason we live in a retirement-community-cum-old-age-home, rather than with our families.” The narrator’s daughter lives in Alpharetta, Georgia, a place she cannot bring herself to move to, even for family. Recalling a visit years ago with her husband, the narrator wonders, “What do you do with a big, empty house, full of rooms that you do not need? She never talks about this, but somewhere inside of her she must feel it. She is my daughter after all. Her house, with its vaulted ceilings and skylights, it was no better than Malliga Homes.”

Her daughter is part of something larger that’s missing: a family home and belonging. At Malliga Homes, residents are both a source of community and rivalry, ranking their children’s jobs, adopted countries, and frequency of calls or visits. The food is served in vast dining halls where the narrator often sits alone, and she walks the manicured grounds after dinner, not toward anyone or any place, but to hit her fitness-tracker goal. Seeking one’s fortune elsewhere has disrupted the intergenerational home, where:

the old should be with the young, the young with the old. That was how it was for generations: babies sleeping in the armpits of their grandmothers, children sitting atop the shoulders of their grandfathers. Everyone in the same crowded home.

Adding to the narrator’s palpable disappointment and loneliness is the memory of how her late husband insisted they raise their daughter. “He spoiled her. The best school. The best tutors. The clothes she wanted. The books she liked. Let her go to the movies. Let her relax.” It reads as though the narrator is balking at her husband’s reasonable accommodations and displays of affection until she adds, “No need to make her cook with you, he would say. Do not trouble her. Do not upset her. Let her be.” There is a devastating tension between parental love that provides rich opportunity while refusing to impose obligations that could strengthen bonds. While I root for the daughter’s independence, I also grieve for her mother’s isolation, for all her vibrancy and vitality that must now be lived out in a polished and unfamiliar retirement home.

Bhanoo’s prose is delicate, spare, and radiant with emotion.
sharetweet

Bhanoo’s prose is delicate, spare, and radiant with emotion. She captures a widow’s regrets in “Malliga Homes” as precisely as a married woman’s struggle for autonomy in “No. 16 Model House Road.” Her stories are centered around characters as diverse in age and station as they are in their longings. In the story “His Holiness,” a teenage girl resents her father’s televangelist-style life coaching that takes him away for weeks at a time, while the mother in “Buddymoon” confronts her estrangement from her two grown daughters, which she has tried to deny ever since she left them when they were young. And in “A Life in America,” a story that reminded me of a real-life 2019 scandal at the University of Missouri-Kansas, a professor from India stubbornly contends that he has been helping graduate students from his home country, despite being accused of exploiting them for unpaid housework.

In the book’s most eerie story, the narrator is a collective “we” made up of women who long ago attended the same grade school and bullied the same girl, Jaya. They speak as one organism, gossiping about Jaya’s weight, her family dysfunctions, and her appearance with a predatory obsession. They collectively monitor her physical transformation and rise to fame, first as an actress, then a powerful politician, even as their own lives are diminished by envy, fantasy, and comparison. Defined first by the outcast they fear becoming and then by the adored celebrity they long to be, the girls grow into women whose attention and desires live beyond them, focused away from their own ordinary lives. Well into midlife, Jaya continues to haunt their imaginations. “It takes a decade, or maybe two, but eventually, you no longer wish to be her. You no longer want her to be you. You are happy being yourself, or resigned, or too afraid to be anyone but yourself.” But by then, it is too late. “The time between childhood and old age passes quickly, leaving you feeling like your entire life is a double feature with no intermission.”

How to live with what’s missing is a question Bhanoo poses to each of her characters, and she lets them stumble toward their answers with tenderness and affection. In “Nature Exchange,” a mother struggles not only to recover from but to live in and with her grief after losing her child. The mother, Veena, visits monuments put up at her son’s grade school and keeps his account at a nature center active by presenting found objects for trade-in points, hoping to earn enough to finally afford his long-desired treasure. Her husband won’t join her in either activity. He wants Veena to live by moving on, while she wants to make her grief visible, at one point even hiring an artist to paint her body. When Veena sees herself decorated, she says, “It’s beautiful. I just wish I could see the beauty without the pain. Just for a moment.” When the chance arises to give away her son’s beloved nature collection, Veena is stricken. Where will her son be if she gives away his things? The question of how Veena can have her son and be his mother if she stops visiting the places that mattered most during his short life pierces those of us who struggle to keep what is gone alive somehow. The curator at the nature center tells Veena what she—what we all—need to hear: “Just because they aren’t here anymore, it doesn’t mean they don’t exist.” In the end, Veena does not find a way to shrink her grief to a manageable size. Instead, she fully embraces the question of what belongs to the dead, what to the living, and whether it’s possible to still belong to each other.

Seeking Fortune Elsewhere is a companion in healing, a book that surfaces our longing and vulnerability. The stories in Bhanoo’s collection articulate a vision of sorrow, regret, and reconciliation, one which asks us to share space with and welcome them in our lives.