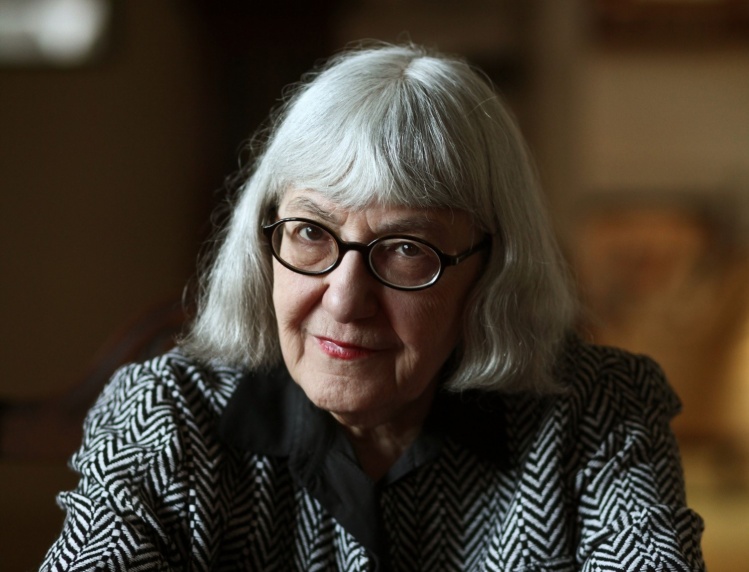 At the close of the nineteenth century, a cache of papyri and ostraca began to circulate within the burgeoning, semi-legitimate market for antiquities. The scholars who eventually studied them made a bracing discovery: there had been an independent community of Jewish people on Elephantine, an island on the Nile in upper Egypt, as early as the fifth century BCE. These texts, some of the oldest extant Jewish manuscripts, suggested some jarring realities: that the Judaism practiced by these people was polytheistic; that they established a temple outside of Jerusalem, contravening Deuteronomic law; and, most shockingly, that the narratives of Moses and the Exodus from Egypt may not have been true (or at least that this community had no knowledge of them).

What exactly all this means for scholars of Judaism continues to be hashed out. For Cynthia Ozick, these documents are the core of the many subtexts populating her most recent book, Antiquities. Published in April just a few days shy of her ninety-third birthday, this novella (actually subtitled “A Story”) continues in the vein of Ozick’s familiar obsessions: the work of Henry James, mid-century U.S. culture, the friction between WASP America and Jewish people, and abiding questions of knowledge and deception.

Among the many stylistic and thematic inheritances Ozick absorbs from James is her interest in deceivers and the secrets they hold. While her deployment of these materials might seem to evince an allegiance to the mainstream of WASP American fiction, there actually is a deeply Jewish dimension to her wrestling with James. As Adam Kirsch observed in a 2011 essay about her in the New Republic, “If writing fiction is somehow forbidden to Jews, Ozick proposes, it is not because Jews cannot do it, but because they should not do it.” Ozick herself vacillates on this point. In the “Forewarning” to her 1989 collection of essays, Metaphor and Memory, she takes the profoundly Jewish sensitivity towards the falsity of graven images and turns it on its head: “All good stories are honest and most good essays are not.” The reader of Antiquities should hold this aphoristic utterance in mind as they make their way through its curious blend of fact and fiction.

The narrator of Antiquities, Lloyd Wilkinson Petrie, is an aging lawyer and one of the trustees of Temple Academy, a fictional Westchester boarding school. It was long ago shuttered and repurposed as living quarters for him and the other remaining trustees, all of whom were Temple students. They’ve been given the task of writing a memoir of their time at the school, a remit that Petrie quickly surpasses. Working furiously between April 30, 1949, and Memorial Day, 1950, he produces not a history, but, as he describes it, an “album of remembrance, a collection of small memoirs meant to stand out from the welter of the past—seven chapters of, if I may borrow an old catchphrase, emotion recollected in tranquility.” What was to be no more than ten pages of Temple memories becomes a paranoiac’s descent into the meaning and mysteries of the past.

Among the many stylistic and thematic inheritances Ozick absorbs from Henry James is her interest in deceivers and the secrets they hold.
sharetweet

Petrie is solidly WASP: his father’s cousin is the famed Egyptologist Sir William Flinders Petrie, and the Temple family who founded the school are distant cousins of the Jameses—indeed, Henry’s portrait is prominently displayed in one of its buildings. Ozick grounds her fictional narrative in the solid, if fading legacy of real families from the British and U.S. elite, but the figure who emerges as Petrie’s great fascination is an odd outsider: Ben-Zion Elefantin. Petrie befriended this mysterious boy, admitted during a time when Temple had opened enrollment to Jewish students, after Elefantin was ostracized by the school’s Christian majority. At a place where most valorize the physical rigors of sport, the two bond over chess, and it’s during their matches that Elefantin dribbles out a series of cryptic facts regarding his origins: his parents are traders of some type, incessantly traveling the globe in search of artifacts, with a series of “uncles” left responsible for his schooling. This is how he arrives at Temple Academy.

As Petrie pens his increasingly deranged memoirs, Elefantin haunts him. He remembers that Elefantin was wholly unimpressed by his pedigree: “Emmet, Temple, James: all these local references, so dear to the Academy’s history, and passed fervently onto its pupils, left Ben-Zion Elefantin indifferent.” In one attempt to win his trust, Petrie displays artifacts his father had brought back from a youthful, errant trip to visit his “Cousin William” in Egypt, but Elefantin is indifferent to them as well. Finally, during a chaste but clearly homoerotic embrace between the two, Ben-Zion reveals the truth of himself to Petrie, which the latter preserves at length in his manuscript. Elefantin’s parents, descendants of the Jews of Elephantine, pursue the antiquities they do to justify their allegiance to “Moshe our Teacher” and therefore to vindicate the true Jewishness of their offshoot community against the scholars who say otherwise:

We, the Elefantins, hold our own truths. Our traditions and practices are far weightier than the speculations of those ignorant excavators, those papyrologists who pollute our ruined haven with their inventions and prevarications. Of our truth they make legends…. [W]e are what our memories tell us, lost stragglers, dissenters who became separated in the wilderness from that mixed throng of snivelers after the fleshpots of our persecutors. We alone were unyieldingly faithful to Moshe our Teacher, we alone never succumbed to their foolish obeisance to a gilded bovine of the barnyard.

Petrie cannot understand these labyrinthine justifications. While his own anti-Semitism pales in comparison to that of the local youths who vandalized the windows of Temple Academy’s chapel because its name seemed suspiciously Jewish, there are casual asides in his memoirs that reveal the ways he is both attracted to and repulsed by Judaism. When another Jewish student at Temple, his erstwhile friend Ned Greenhill, offers him an apartment in New York City, he fails to understand why. “You never put me down, Lloyd, you never called me a Hebe,” he records Greenhill as replying. But then Petrie continues: “It is true that I never called him Hebe; but I thought it.”

“Antiquities” shows Ozick in full command of the particular powers that have marked her long career.
sharetweet

The self-consciously literary quality of Ozick’s writing has been endlessly noted by critics; David Foster Wallace famously counted her, along with Cormac McCarthy and Don DeLillo, as “pretty much the country’s best living fiction writers.” In Antiquities her mimetic talents are on full display. She not only captures voices in ways that feel authentic to time, place, and social class, but she musters a welter of minutiae that validate the presentation of her protagonist’s tortured mind: his disappointment with his son, who works in Hollywood; his repressed memories of a love affair with his secretary, Miss Margaret Stimmer (who he increasingly, and revealingly, refers to as Peg as the narrative unfolds); his unwavering attachment to his breeding. Ozick faithfully renders the fusty repression of her WASP narrator even as his recollections become increasingly suspect and unhinged.

Antiquities shows Ozick in full command of the particular powers that have marked her long career. The last surviving master from the age of the “New York intellectuals,” she remains fully attuned to irony, deception, and the distinctly American clash between old-money elites and new-money Jews. Her attachment to bygone literary eras might limit her insights for some readers, but by reaching into that not-so-distant past she captures the eternal relevance of the secrets that stories reveal. “It is betrayal that terrifies,” Petrie writes late in his remembrances. “Often and often in my cowardly memoir, I have been tempted to claim Ben-Zion Elefantin’s voice.” What Petrie does not realize, or cannot admit, is that he has for decades remained in the grip of the authorial power of his wayward classmate.