'A War for the Soul of America' 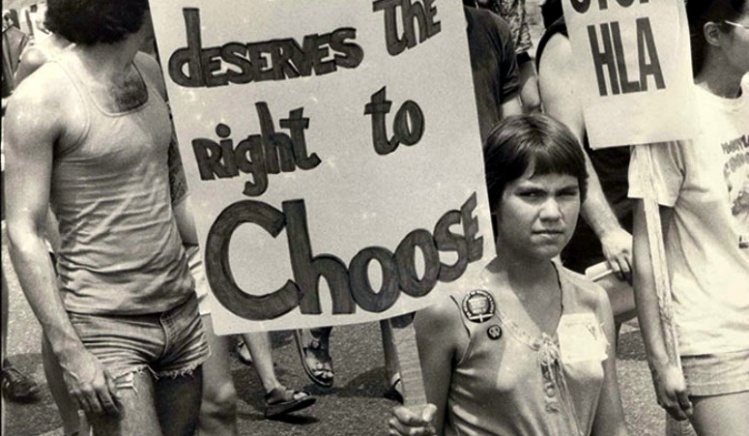 In some ways it is a mixed blessing for a book to be timely—and not just in the sense that the phrase “may you live in interesting times” is not exactly a benediction. Timely books are the envy of every author because they are actually read and discussed—or discussed, anyway. But they are also more easily refuted and harder to judge on their own merits. They are too often praised, vilified, or misread for transient reasons.

So it is simultaneously a compliment, a criticism, and a caution to observe that, in A War for the Soul of America: A History of the Culture Wars, Andrew Hartman has written a very timely book indeed. To a number of recent observers, the current cultural and political climate bears a close resemblance to the 1990s, another period in which left-right cultural clashes and “identity politics” both figured prominently. In recent months, campuses across the country have exploded with such conflicts, with Yale and the University of Missouri prominent among them. Then as now, questions about race, gender, and sexual orientation were at the forefront. Of course the issues have changed to some extent; there are bound to be differences between on- and off-campus controversies separated by twenty years. And the rise of social media has rendered public debate over these and other issues more democratic, more passionate, and more transient. Still, the tenor of both periods is remarkably similar. In this sense, any book, like Hartman’s, that carefully revisits the culture-war heyday of the 1980s and ’90s just as we enter another such moment is timely and worthwhile.

It’s precisely because the period we are living in now seems to involve a continuation, or even a dramatic resurgence, of the earlier culture wars that Hartman’s eloquent closing declaration seems so startling and untimely: “This book gives the culture wars a history—because they are history,” he writes. “The logic of the culture wars has been exhausted. The metaphor has run its course.” It’s understandable that reviewers have fastened onto this assertion like lampreys. There is good reason to be skeptical of such a claim. If Hartman is right in agreeing with the old saw that “the history of America, for better or worse, is largely a history of debates about the idea of America,” then it is hardly likely that the history of wars over what Pat Buchanan called “the soul of America” is at an end, or even that a temporary cessation of conflict can be so nicely punctuated by the historian’s placement of periods. In any case, Hartman’s book has hit the shelves at exactly the moment when any claim that the culture wars are “over” seems outlandish.

This does not do Hartman justice, however. His real argument is not that the culture wars are over, but that, while “cultural conflict persists,” it has come to partake of a highly ironic flavor. Across a range of issues characteristic of the long cultural conflict between the 1960s and the end of the twentieth century, all Americans, “even conservatives,” were forced to “acknowledge transformations to American life.” The flashpoints of controversy over race, gender, sexual orientation, and similar matters were hard steps on the way to a more just and egalitarian culture.

But a deeper justice has eluded us. Feminism, for example, has “transformed American attitudes about women.” But it has left unresolved a deeper paradox: that class, as much as gender, continues to play an outsized role in denying all men and women the wherewithal to exercise their rights, fulfill their needs, and express their selves. Similarly, the civil-rights movement “to a certain extent had been successful in changing American racial attitudes,” but “was ill equipped to ameliorate the economic inequality that attached itself to the color line.” The “next American movement for liberation” will have to reckon far more with class and capitalism, not “just” culture, identity, and ethnicity. It must concern itself with creating a society in which equal welfare is as important as equal respect.

Surely there is much to agree with in that, and any reader who subscribes to the notion of justice as a seamless garment will be broadly sympathetic to Hartman’s conclusion. Nonetheless, that conclusion colors the whole of the book that precedes it—and not in a way that is wholly supportive of his argument.

For Hartman’s tale, up to the ending, has been about the conflict and not the ambiguities, the punches and counterpunches and not the sober second thoughts or regrets. His categorization of the players has been slashing and Manichaean, subsuming vast and varied movements—some explicitly political and some decidedly phenomenal and Dionysian—under the rubric of the “New Left” on the one hand, and under the the label of “neoconservatism” on the other. And his depiction of the clash between these “two” sides is equally broad-brush, focusing entirely on power—the power to advance or resist various kinds of liberation.

To the extent that this picture is accurate, it is incomplete. Missing from the picture is any sense of the desire that was often in the air for a way out of that clenched-grip conflict, or of ideas, neither wholly liberal nor wholly conservative, that emerged in strange places and made strange bedfellows. Hartman worries at the end of the book—late, too late—that “permanent cultural revolution makes a common culture a very difficult proposition. And without a common culture, it is extremely hard to build the solidarity necessary for social democracy.”

Quite right. But it was ever thus, and all through the history that Hartman recounts, there were thinkers who recognized this and lamented that this concern, or the institutions that could address it, might be forgotten or neglected amid the flash and fire of the larger culture wars. Witness, for example, the communitarians and institutional pluralists of both left and right, lovers of society’s “little platoons,” who appear in a similar book, Daniel Rodgers’s excellent Age of Fracture. They make little or no appearance here, in a book that is ultimately not so much about ideas as about armies clashing over bits of ground.

It cannot be a surprise that either liberatory or reactionary movements of this sort sometimes ended up preoccupied more with who would get to be department chair than with deeper questions of social and economic justice. Yet, early on Hartman does not have much patience for those who argued that the left had forsaken its working-class constituency in what he calls “normative America” for a new brand of emancipatory cultural politics. A more patient engagement with this argument would have allowed him to limn the limits of the “New Left” from the start. It might also have given him a little more sympathy, if not for the leading think-tank neoconservatives, then at least for all those bewildered people drifting within “normative America” itself. As it is, although this is not an especially partial or unfair account, there is no doubt where the author’s sympathies lie. Sometimes he conveys these very subtly, but even then they distort the overall picture. The left is described in essentially objective terms, allowed to speak for itself, sometimes criticized, but almost always forgiven. The right, by contrast, is psychoanalyzed and subjected to frequent spot-checks for concealed motives.

Hartman is pleased with the victories won by the “New Left,” but now urges us to place our focus on economic and not just cultural issues. But the culture wars he describes in this book have long conditioned us to see the personal as political and to identify justice narrowly with personal liberation. He is right to think that this approach leaves important issues off the table. But then, it always did. Why, the reader may wonder, does Hartman seem to notice this problem only at the end of his story? And why, as we enter a new era of similar conflict, should we doubt that the same mistake will happen again?

And Yet It Works