A Walk After Dark and Mundus et Infans | Two Poems 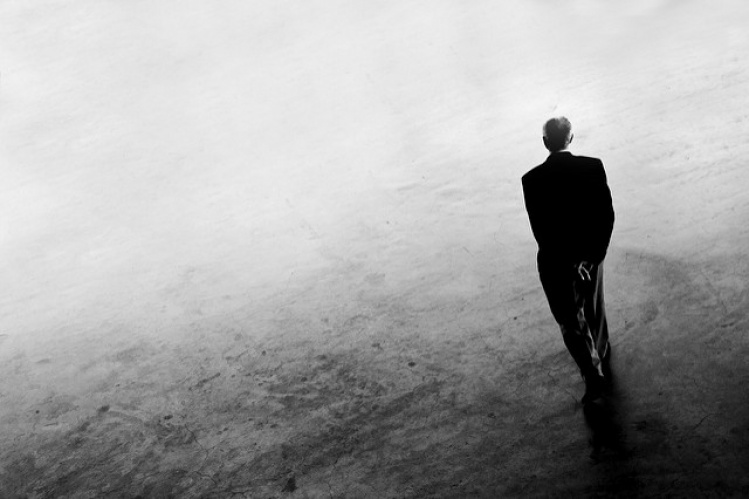 A Walk After Dark

A cloudless night like this
Can set the spirit soaring;
After a tiring day
The clockwork spectacle is
Impressive in a slightly boring
Eighteenth-century way.

It soothed adolescence a lot
To meet so shameless a stare;
The things I did could not
Be as shocking as they said
If that would still be there
After the shocked were dead.

Now, unready to die
But already at the stage
When one starts to dislike the young,
I am glad those points in the sky
May also be reckoned among
The creatures of middle-age.

It's cosier thinking of night
As more an Old People's Home
Than a shed for a faultless machine,
That the red pre-Cambrian light
Is gone llke Imperial Rome
Or myself at seventeen.

Yet however much we may like
The stoic manner in which
The classical authors wrote,
Only the young and the rich
Have the nerve or the figure to strike
The lacrimae rerum note.

For this moment stalks abroad
Like the last, and its wronged again
Whimper and are ignored,
And the truth cannot be hid;
Somebody chose their pain,
What needn't have happened did.

Occurring this very night.
By no established rule,
Some event may already have hurled
Its first little No at the right
Of the laws we accept to school
Our post-diluvian world:

But the stars burn on overhead,
Unconscious of final ends,
As I walk home to bed,
Asking what judgment waits
My person, all my friends,
And these United States.

Kicking his mother until she let go of his soul
Has given him a healthy appetite: clearly, her role
In the New Order must be
To supply and deliver his raw materials free;
Should there be any shortage
She will be held responsible; she also promises
To show him all such attentions as befit his age.
Having dictated peace,

With one fist clenched behind his head, heel drawn up to
thigh,
The cocky little ogre dozes off, ready,
Though, to take on the rest
Of the world at the drop of a hat or the mildest
Nudge of the impossible,
Resolved, cost what it may, to seize supreme power, and
Sworn to resist tyranny to the death with all
Forces at his command.

A pantheist not a solipsist, he cooperates
With a universe of large and noisy feeling states,
Without troubling to place
Them anywhere special; for, to his eyes, Funny face
Or Elephant as yet
Mean nothing. His distinction between Me and Us
Is a matter of taste; his seasons are Dry and Wet;
He thinks as his mouth does.

Still, his loud iniquity is still what only the
Greatest of saints become—someone who does not lie:
He because he cannot
Stop the vivid present to think; they by having got
Past reflection into
A passionate obedience in time. We have our Boy-
Meets-Girl era of mirrors and muddle to work through,
Without rest, without joy.

Therefore we love him because his judgments are so
Frankly subjective that his abuse carries no
Personal sting. We should
Never dare offer our helplessness as a good
Bargain, without at least
Promising to overcome a misfortune we blame
History or Banks or the Weather for; but this beast
Dares to exist without shame.

Let him praise his Creator with the top of his voice,
Then, and the motions of his bowels; let us rejoice
That he lets us hope, for
He may never become a fashionable or
Important personage.
However bad he may be, he has not yet gone mad;
Whoever we are now, we were no worse at his age:
So of course we ought to be glad

When he bawls the house down. Has he not a perfect right
To remind us at any moment how we quite
Rightly expect each other
To go upstairs or for a walk if we must cry over
Spilt milk, such as our wish
That since, apparently, we shall never be above
Either or both, we had never learned to distinguish
Between hunger and love?