The Vocation of Citizenship 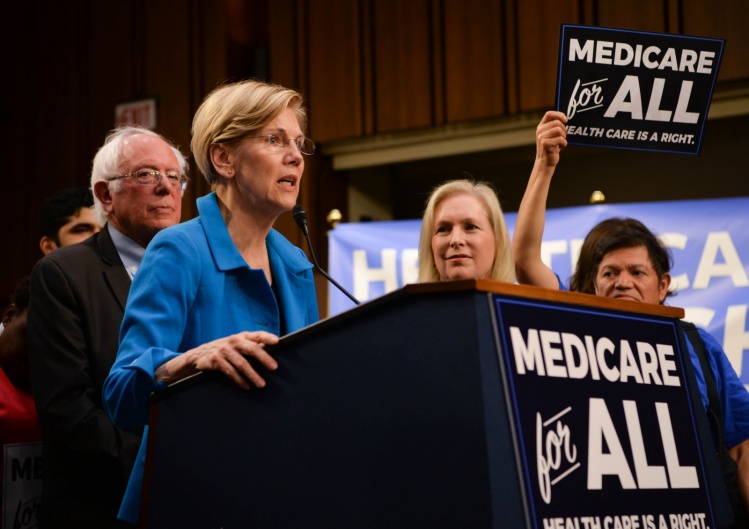 I confess: I do on occasion watch MSNBC. Mostly I’ll catch a few minutes of “MTP Daily” with host Chuck Todd, which airs at 5 p.m. Because the political news is usually depressing, I’ll switch back and forth between that and something on ESPN. I’m a Red Sox fan, so that soon becomes depressing as well. Less often I’ll watch a few minutes of Ari Melber’s “The Beat,” which comes on at 6. My patience for Melber’s particular kind of word play is wearing thin, however. He is at his most annoying when quoting lyrics from rap songs, to which his guests respond either by giggling nervously or just looking on, unable to follow. I know as much about rap as I know about the operations of the Large Hadron Collider. My guess is that much, if not most, of Melber’s television audience finds rap as loud and incomprehensible as I do. But perhaps I’m wrong about that. Melber obviously thinks otherwise.

On the Friday of Labor Day weekend, Todd’s panel of experts included AP political reporter Juana Summers, former Democratic adviser Doug Thornell, and American Enterprise Institute Vice President Danielle Pletka. The panel was there to discuss the “latest absurdity coming from the White House,” as well as the race for the Democratic presidential nomination. Summers came across as a fair-minded reporter. Thornell offered his views on what strategies the Democrats might need to beat Trump. He also made the absolutely crucial point that Trump’s determination to pit himself against the media is a real threat to democracy. Pletka is a former aide to the late Sen. Jesse Helms of North Carolina and a foreign policy expert. As the representative conservative, she likes to play the contrarian.

We have obligations as citizens, and one of our most important duties is to pay attention to what our elected officials are up to.
sharetweet

The exchange of views was cordial, and there was little to surprise anyone who follows politics closely. Todd asked if the age of the Democratic candidates who are now leading in the polls was a problem. All three—Joe Biden, Elizabeth Warren, and Bernie Sanders—are in their seventies, as is Trump. Pletka wondered whether younger progressive voters would get excited by “Uncle Joe.” Summers pointed out that younger voters certainly turned out for “Uncle Bernie” in 2016. To which Pletka responded by asking whether Biden would be “radical enough” for progressive Democrats, cheerfully implying that the Democratic Party is out of the mainstream. Todd then asked if Biden’s gaffe-prone performance, which raises questions about his age, might deter voters. The consensus was that voters know Biden, and tend to give him a pass when it comes to malapropisms. Given Trump’s own verbal incoherence, choosing between Biden and Trump on that basis would appear to be a wash, Todd observed. Could we then be faced with the prospect of deciding “which candidate is losing it slowest,” Todd joked.

Some of the subsequent discussion concerned how exhausting it is for journalists to cover the Trump presidency. Trump seems to be running the White House like a reality TV series, springing surprises and new outrages every day. It was agreed that most Trump voters have already discounted his petulant behavior and bizarre statements. The panel also agreed that most Americans infrequently pay attention to politics, and usually only when bread-and-butter issues are at stake. “We’re the ones paying attention,” Pletka wryly observed. The concern about Trump is “a very Washington-centric view,” she insisted. Todd confessed he is “jealous of those who don’t have to pay attention.”

It is, of course, a bromide to observe that most people pay little attention to politics. They have, or so the conventional wisdom goes, much better things to devote their precious time and limited energy to. Besides, politics is all too often as corrupt as it is frustrating. There is some truth to such sentiments, but the cultivation of cynicism about politics and government is also a political strategy designed to undermine democracy. That dynamic is at work in so-called populist political movements across the globe. After all, one of the reasons Trump was elected in the first place was because too many Americans failed to pay attention to who he really was and what he was clearly capable of. Yes, we have obligations to family and community, and we must toil to keep a roof over our heads. But we also have obligations as citizens, and one of our most important duties as citizens is to pay attention to what our elected officials are up to. There should be nothing “Washington-centric” about time spent participating in the various tasks of self-government, the first of which is to stay relatively well informed. Citizenship is a much neglected, but essential vocation, and it is one that we all share. There is much more at stake in the actions of government than the pursuit of self-interest. It has even been said that democracy requires that we pledge to each other our lives, our fortunes, and our sacred honor. Has that become a corny idea? Of course it is exhausting to try and stay abreast of what Trump and his acolytes do. But the state of the union will become a great deal more exhausting if we turn away.