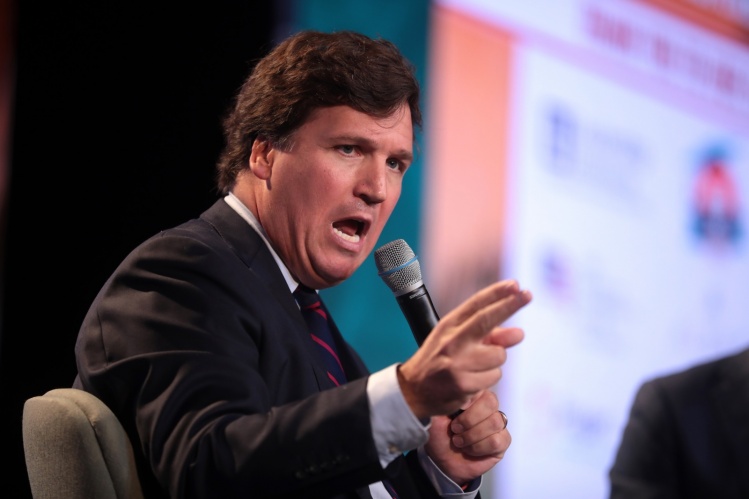 Ever since Donald Trump came down the escalator of Trump Tower and called Mexican immigrants rapists, conservative intellectuals have struggled with how to respond. His campaign for the presidency, at least rhetorically, was a rebuke to the stale right-wing orthodoxies of economic libertarianism and endless wars abroad, while his personal life was the stuff of the religious right’s nightmares. Over time, however, conservative writers and thinkers have followed the lead of Republican voters and adapted, warming to Trump while attempting to turn his mishmash of instincts and impulses into something more coherent—and respectable.

The most serious effort to update right-wing ideology for the Trump era was unveiled this July at the Ritz Carlton in Washington, D.C.: a conference dedicated to “national conservatism.” Part of what made the gathering notable was who attended. Absent were Trump administration lackeys like the ghoulish Stephen Miller. Instead, speakers from across the conservative spectrum were present, from mainstream figures like Yuval Levin and former American Enterprise Institute president Chris DeMuth, to respectable magazine editors like R. R. Reno of First Things, to the Fox News carnival barker Tucker Carlson. A United States senator, Missouri’s Josh Hawley, even gave a keynote address.

The questions posed by mass migration are difficult, but the answer can never be nationalism.
sharetweet

A talk by one of the conference organizers, the Israeli academic Yoram Hazony, gives a sense of the mix of social conservatism and nationalism on display. “You throw out Christianity, you throw out the Torah, you throw out God, and within two generations people can’t tell the difference between a man and a woman,” he said. “They can’t tell the difference between a foreigner and a citizen, they can’t tell the difference between this side of the border and the other side of the border.” Many there insisted that such anti-immigration sentiments had nothing to do with racism, instead invoking culture, “Anglo-American traditions,” and the English language. But the mask slipped when, during a panel discussion, University of Pennsylvania law professor Amy Wax blurted out that her preferred immigration policies amounted to “taking the position that our country will be better off with more whites and fewer nonwhites.”

That comment was reminiscent of one Reno made to the Atlantic in June. When asked if he’d be as worried about a surge of immigrants coming across our northern border as he is about those coming from Latin America, he claimed he wouldn’t be. “Canadians are so similar,” he said. “Part of it has to do with the cultural fit.”  That was of a piece with Reno’s conference address, which took pains to argue that a Christian could and should be a good nationalist, that the Christian faith does not in fact conflict with nationalism.

It’s beyond troubling that such full-throated nationalism—really, dressed-up Trumpism—is being promoted by people who should know better. These “national conservatives” seem willing to accept the vicious reality of children being put in cages and babies being torn from their mothers’ arms along our southern border. “I hope Trump implements immigration policies in a humane way,” Reno said in early 2017, “and I’ll certainly be a spokesman against him if he doesn’t.” But Reno didn’t utter a word about this during his talk. What brutality will he and others acquiesce to when the climate crisis causes migration to increase, as it almost certainly will?

But it is especially disconcerting that nationalism is being defended on the basis of religious faith. Christians know that we have one king, Jesus, and that all earthly rulers will one day cast down their crowns at his feet. The question “Who is my neighbor?” can never be answered simply by appealing to borders drawn by men. The national conservatism conference, then, was a reminder of the struggles that Christians and all people of good will face in the years ahead. The questions posed by mass migration are difficult, but the answer can never be nationalism.