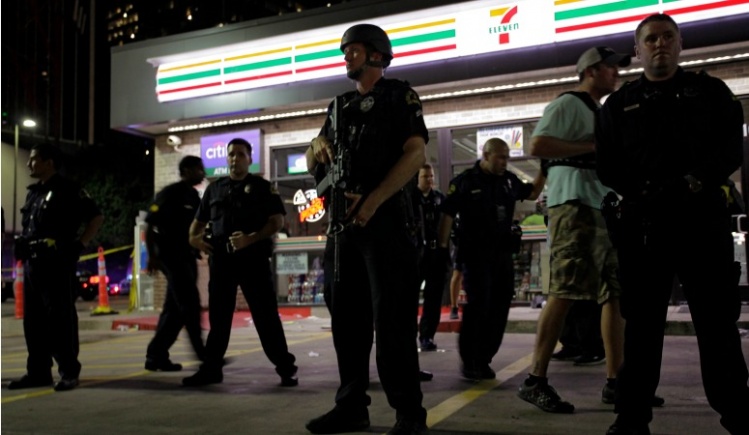 Our intense and divisive debate over police violence has increasingly focused on striking videos (“raw” as they now say) that many think prove racial bias in police treatment of blacks. The videos are important, but reactions to them, pro and con, have very often expressed ideological commitments and emotions rather than objective assessments of the facts. It’s crucial that we use the videos as a start in our search for the truth, not as confirmations of what we think we already know.

The videos are used to support two quite different claims: that police officers use unnecessary violence, and that this unnecessary violence shows racial bias against minorities, especially blacks. Although it’s possible to argue about many individual cases, the videos overall provide compelling evidence that police officers sometimes use lethal force when it isn’t necessary. In some cases the unnecessary violence may be in accord with official guidelines, but that only shows that the guidelines need revision. Of course, a relatively small sample of clear cases does not tell us the extent of the abuses, but we shouldn’t tolerate any instances of irresponsible killings by the very people we expect to protect us. We need a thorough scrutiny and reform of police practices to make sure that officers know how to defuse dangerous situations with minimal violence and shoot to kill only when there is no plausible alternative. Whatever other disagreements we may have, the video evidence should unite us on this point.

The second claim, that much of this unjustified violence is due to racial bias, is another matter. Supporters of Black Lives Matter typically insist that the videos also support this conclusion. In a New York Times op-ed, Chris Lebron, a black philosophy professor at Yale, pointed to the videos and said: “Just look at the rate at which blacks are killed by the police.” The problem, however, is that we can’t literally see the comparative rates at which the police kill blacks and whites. Establishing the claim of bias requires more than just a set of compelling examples of unjustified killings of blacks. We also require evidence that police unjustly kill a disproportionate number of blacks. Supporting the claim of bias requires not only evidence that blacks were killed unjustly but also evidence that blacks were killed at a rate higher than their percentage of the total population. We can’t determine a higher rate of unjust killings by looking at a small sample of videos. We need statistical evidence about the ratio of unjust killings overall.

SUCH EVIDENCE IS not easy to find, since official records on police killings are far from complete and often misleading. But recently journalists at the Washington Post have gathered some good basic statistics that seem at first glance to support the conclusion that there’s a strong bias against blacks. In 2016, 26 percent of the unarmed men that police killed were black, even though blacks make up only 13 percent of the population. By contrast, whites, who are 62 percent of the population, were only 49 percent of those killed. In particular, an unarmed black man is about 2.5 times more likely to die from an encounter with a police officer than is an unarmed white man.

But this is not enough to establish racial bias in police killings; the argument requires at least one more step. The bias follows if we assume that whites and blacks are equally likely to have encounters with police officers. In fact, however, blacks run a much higher risk of being arrested (or otherwise stopped by police). They account for about 30 percent of arrests, which is not far from the black percentage of unarmed men killed by police (26 percent). This suggests that there is little or no bias against blacks. Of course, some argue that police officers have more encounters with blacks because their bias leads them to think that blacks are more prone to criminal activity. Others reply that the data show that blacks are more likely to commit crimes. This debate has not been settled, and recent work by Roland G. Fryer, a black economist at Harvard, has further complicated the discussion, suggesting that police may be harder on blacks than whites in general, but that they are significantly more likely to kill whites.

The debate spills over into other thorny issues: whether racial biases are built into our drug laws and their enforcement, whether psychological experiments show police officers to have an implicit bias against or in favor of blacks, whether poverty rather than racism is the root of blacks’ problems with police. I suspect that firm conclusions about the relation of unjustified police shootings to racial bias would require better data than we have and more refined analysis than anyone has been able to provide. In any case, the powerful video images on which we fixate cannot answer the complex statistical questions needed to resolve the issue of police bias against blacks.

Does this mean that blacks have no good reason to protest against police violence? By no means. Blacks, as perennial victims in our history, have a particularly sharp historical awareness of violence in America and a special interest in keeping it to a minimum. It’s crucial to keep emphasizing that black lives matter, not because other lives don’t matter but because black lives have so often been treated as though they did not matter.

But the claim that the galvanizing examples of unjustified police violence caught on camera are evidence of racial bias is incorrect. This issue is still unresolved, and our efforts to settle it through fruitless frame-by-frame analyses of videos does nothing but exacerbate our disagreements, which quickly degenerate into exchanges of epithets. I’m not convinced, as many are, that this has led to a crisis that threatens to undermine our democracy. But if we realized the irrelevance of riveting videos to the incendiary issue of racial bias, we could turn our national attention to the project of eliminating the unjustified police violence that the videos do establish. Here we have a number of excellent models of how to proceed—including, ironically, the Dallas police department. Since racial bias remains a possible source of police violence, we should, of course, continue and expand current efforts to ensure bias-free policing. But giving up the vain and counterproductive effort to prove bias from video evidence would go a long way to reducing the debilitating rancor of our public life.