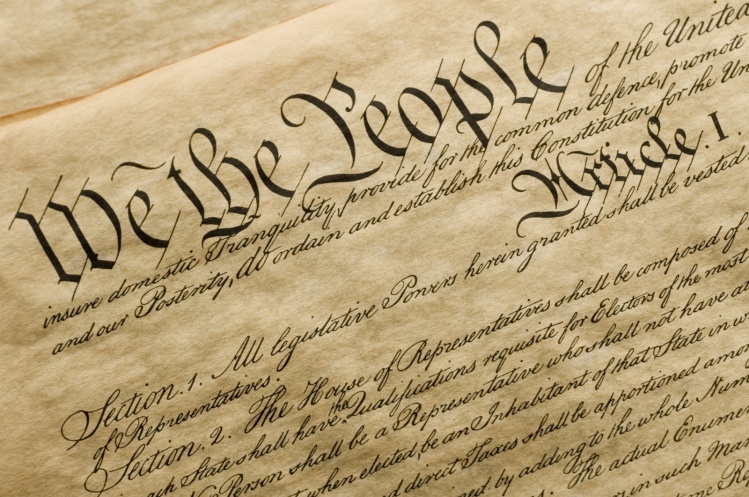 The stated aim of Adrian Vermeule’s Common Good Constitutionalism is to restore American legal theory and practice to its roots in classical law, the mix of legal sources that dominated American jurisprudence from the Founding until some point in the twentieth century. Things began to go wrong, he tells us, with the arrival of positivism, which took root in alien soil. According to Vermeule, positivism—the view that the normativity of law arises from the will of authorized magistrates—comes in two forms: the originalism of legal conservatives, which fetishizes the text of the Constitution; and the progressivism of left-liberals, whose hopes rest on judges authorizing an ever-expanding list of rights with the goal of unfettered autonomy.

Vermeule’s understanding of the foundations of classical law is also distinctly Roman Catholic, though he doesn’t explain in this book how this other set of texts and traditions—including canon law, papal decrees and encyclicals, and Catholic social teaching—fits into the American legal matrix of English common law and Roman law. Many of the book’s claims, especially those having to do with natural law, are accompanied by quotations of Catholic thinkers ranging from St. Thomas Aquinas to the Cistercian monk and blogger Pater Edmund Waldstein.

This mix of sources and modes of thinking—and levels of expertise—leads to an uneven experience for the reader. When it comes to topics squarely within his academic competence, especially administrative law, Vermeule cites case law and legal scholarship in careful detail (though much of this material can be found in his earlier work). But when it comes to explaining the Thomistic account of natural law or the Catholic Church’s teaching on subsidiarity, he repeats the same buzzwords over and over again with the incantatory brio of a Harry Potter spell (determinatio!) and offers citations to blog posts, dressed up in the endnotes as if they were scholarly monographs or law-review articles.

To show that positivism is wrongheaded, Vermeule first presents a hybrid descriptive-and-normative theory of law as essentially directed to the common good—that is, the collective flourishing of a political community. He then provides a series of applications to legal controversies ranging from same-sex marriage (bad) to environmental protection (good). The problem is that it isn’t always clear why the common-good theory of law—the ancient and medieval consensus view that Vermeule attributes to the Founders and subsequent generations of American legal theorists right up until the First World War—leads to the conclusions that he wishes to draw. When he starts drawing those conclusions, there is too little argument and too much polemic.

Vermeule’s analysis is not only historical. He also takes pains to explain his view in terms of more recent philosophical debates about the nature of law. Here Vermeule firmly aligns himself with the moralism of Ronald Dworkin and against the positivism exemplified by H.L.A. Hart. In Dworkin’s view, we cannot make sense of what legal actors do without reference to the moral principles that guide their activity. Positivists such as Hart, by contrast, take the authority of law to rest on social customs and a division of labor: some people are granted authority to set, to interpret, and to implement the rules of the legal system, which all are then bound to follow.

But the Hartian legal positivist distinguishes between the normativity of law and the normativity of morality: deciding whether any particular law should be followed remains a moral and not a legal matter. Vermeule does not mention this important distinction in the positivist position. He argues that in thinking about the American constitutional and legal system (and, indeed, any other such system) we must have due regard for ius, the whole of justice or right, and not only lex, the explicitly stated body of laws, including the Constitution. But the Hartian positivist is a positivist only about lex. That seems like a position Vermeule could easily accommodate. His foray into the philosophy of law seems unnecessary for his points about constitutional interpretation—his true concern in this book.

Vermeule’s primary criticism of originalists is descriptive: he believes their entire project is built on self-deception.
sharetweet

As I noted, Vermeule’s positive theory of law as directed to the common good is both descriptive and normative. Each of these aspects is connected to a critique of his opponents. His primary criticism of originalists is descriptive: he believes their entire project is built on self-deception. Obsessed with the text of the Constitution, the Bill of Rights, and other documents of the founding generation, they claim they are only applying the original meanings of these texts to the array of practical problems that come before them, including ones the Founders could scarcely have imagined. They claim they are not taking a prescriptive moral stance in their rulings. But insofar as they are devoted to interpreting the law, together with the principles that animate it, they will inevitably have to do so. They will have to draw on the moral principles that are already encoded in the Constitution and in statutes, which were framed so as to bring about the common good (or, to borrow the phrase from the Constitution’s preamble, “the general welfare”). Originalists, then, are just covert moralists.

But Vermeule also has a normative critique: statutes, judicial decisions, and regulations that carve out an ever-expanding zone of autonomy for the individual (or for corporations) fail to bring about the common good. This erroneous expansion of liberty is his core complaint about both progressives and libertarians. Vermeule believes that it’s incoherent to assert that certain rights are absolute, since rights get their meaning from—and can be justified only with reference to—the common good. He acknowledges that progressives argue for their views on moral grounds, just as his own “living constitutionalism” does, but he claims that their moral vision is implausible and at odds with the principles of natural law.

There are two serious problems with Vermeule’s criticisms of progressivism. The first is that the progressive position he outlines is obviously a straw man. He claims that the vision underwriting the civil rights championed by progressives is one of untrammeled autonomy from all unchosen bonds, including those of family and nation. But no progressive that I know thinks the point of, say, protections from race or gender discrimination is increased autonomy; the point is to shield people from longstanding and ongoing unjust treatment. The focus on autonomy is part of a libertarian, not a progressive, approach to social relations, an approach that makes contract and tort the stuff of social life. It is telling that Vermeule does not quote any actual progressive thinkers, while he accords a good deal of space to engaging with the nuance of different flavors of originalism.

Over and over, Vermeule points to Obergefell v. Hodges as the paradigmatic progressivist decision, but at no point does he stop to explain why the recognition of a right to marry should be thought of as an escape from unchosen bonds. Marriage, after all, is a conservative institution, which recognizes the role of the community, and indeed of the state, in regulating the basis of family life. No doubt Vermeule regards same-sex marriage as an escape from traditional gender roles, but the existence of non-procreative heterosexual marriages and of adoption already reveals marriage and family life generally to be a complex site of both voluntary and non-voluntary affiliation. Again, it would be implausible for progressives to favor same-sex marriage on libertarian grounds, since there is, arguably, nothing libertarian about the institution of marriage in the first place.

Here Vermeule’s second complaint about progressivism becomes relevant—the claim that the progressive drive toward ever-increasing individual autonomy runs contrary to natural law. Unfortunately, Vermeule does not explain what he takes natural law to be or how it might militate against the civil-rights program at the heart of progressive politics. Does Vermeule think that slavery, for example, is contrary to or consistent with natural law? After all, the abolition of slavery—and later the dismantling of Jim Crow—provided much of the impetus for the social-justice movements to which modern American progressivism is the heir, as did advocacy for labor laws that restricted the exploitation of workers by companies and bosses. (Vermeule, to his credit, warmly endorses such labor laws.)

It is instructive to consider Aquinas’s position on the question of slavery. Roughly speaking, he took slavery to be a creation of positive law that was consistent with the precepts of natural law. But the very idea that there can be legal institutions that render slavery just suggests that the natural law doesn’t always provide us with the grounds for verdicts about the justice of particular social arrangements. Indeed, the Thomistic scholar and ethicist Jean Porter argued, years before Obergefell, that the natural-law framework can be understood to offer support for same-sex marriage, despite its originators’ condemnations of homosexuality.

The relationship between natural and positive law is complex, as is the moral status of the social institutions that serve particular ends in a given society. Determining what is natural to human beings and what is conducive to their flourishing can be even more complicated. Yet, on these important topics, Vermeule falls silent. Whether that is because he takes his view of natural law to be uncontroversial or simply because he has not thought through these issues very deeply, I do not know. But his failure to address them makes his brief against the “unnatural” goals harbored by progressives little more than a polemic. It may rally his loyal followers, but it won’t add to their number.

Dhananjay Jagannathan is an assistant professor of philosophy at Columbia University. His essays on politics and the common good have appeared in Breaking Ground, Earth & Altar, and Plough Quarterly, and he co-writes the Substack Line of Beauty with Tara Isabella Burton.