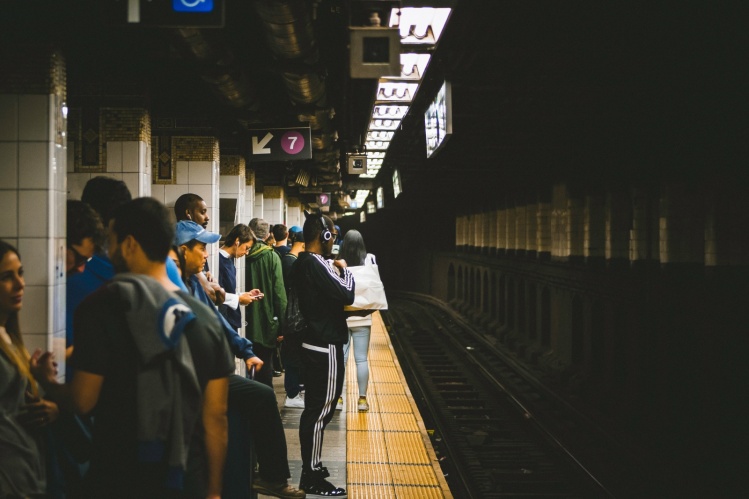 This past summer and fall, as workers across the country resumed their commutes and began dutifully filing back to their offices, I decided to spend a few months working remotely at a friend’s house, located in a small ski town in the Colorado Rockies. My surroundings were idyllic. Soaring peaks, some taller than 14,000 feet, would often glow pink with the setting sun; thick green forests of pine and aspen, which had just begun turning a brilliant, fiery gold, hosted a seemingly infinite network of hiking trails; and a nearby creek, whose clear, flowing waters were often occupied by paddlers and fly-fishers, snaked right by the house on its way into town. The whole place was a peaceful outdoor paradise—conducive, my thinking went, to the type of work that we do at Commonweal.

I had everything I needed. My friend’s home contained a dedicated office, which became my library, conference room, and podcasting studio. Her adorable new puppy, preternaturally well behaved, kept me company during Zoom calls and editing sessions. On bright blue afternoons, I’d sit outside in an Adirondack chair on the porch, reading submissions as friendly neighbors, one a Commonweal subscriber from Texas, played fetch with their dogs at the park across the street. If I ever got restless, I could simply drive over to a nearby coffee shop, or take the bus to the local co-working space, which boasted a restaurant, gym, fitness classes, and an entire room of outdoor equipment for rent—a “seamless blend of work and play,” according to the brochure. I didn’t avail myself, but I was glad to know it was there.

Everything seemed perfect, like a snow globe custom built for remote workers like me. Inexplicably, though, I wasn’t happy. The work itself was going well—I was about as productive as I’d been in the office in New York—but I felt increasingly disconnected. It wasn’t so much that I was missing anything crucial: many of my colleagues were also working remotely (and happily) from locations across the country. It was that subtly, without my being aware of it, a split had begun to develop between my working and personal lives. Gradually, instead of reading, writing, or editing, I found myself distracted during the day, more interested in the trail run I wanted to do that afternoon, or the camping trip I was planning that weekend. Work came to feel like an obstacle, something that prevented me from taking up the countless outdoor opportunities offered by my alpine surroundings. Why care about the war in Ukraine or synodality with the bright Colorado sun shining down on millions of acres of unexplored terrain?

Work is valuable because it confers meaning and dignity. It’s also an invitation to self-transcendence.
sharetweet

In the recent sci-fi series Severance, on Apple TV, a group of employees at Lumon Industries, a faceless biotechnology corporation, elect to undergo a brain procedure that “severs” their memories of their working lives from their personal ones. Each worker acquires two separate identities: an “innie” who stares at a screen and pushes paper all day in the office, alternately reprimanded and rewarded by cynical supervisors, and an “outie” who returns home in the evening, unaware of having spent the day at work. The show’s central question is whether “severance” constitutes liberation or enslavement, whether our work selves are really separable from our whole selves. It thus satirizes current debates about the future of office work even as its protagonist, Mark (Adam Scott), articulates a provisional response: “We’re people, not parts of people.”

I don’t doubt that working remotely really works for some. No more commute, the possibility of relocating to where the cost of living is lower, the freedom to spend time with kids and pets or run errands at any time of the day: these are good things (for those, it must be said, who have jobs that can be done remotely). But conversations about remote work often assume an adversarial or outright hostile relationship between workers and their employers. Don’t bring your whole self to work, some argue. Quit quietly, do the bare minimum, others urge. This attitude overlooks an important point, because it’s an understanding of work that is only half true. What if you had a job you really liked? What if, instead of competitiveness and misery, you found collaboration and joy? What if you belonged to a truly inclusive “team,” one dedicated to a common project aligned with your values?

This can sound like a luxury, or a fantasy, but it doesn’t have to be. Catholic tradition calls it “vocation,” in which a person’s talents and desires meet the world’s needs. Work, in this sense, isn’t just something you do to satisfy your material obligations, though that’s part of it. Work is valuable because it confers meaning and dignity. It’s also an invitation to self-transcendence—which is pretty near impossible if you think that being a worker means simply arranging everything to meet your needs, your preferences, your convenience.

Somehow I must have intuited this, because just as the Colorado foliage neared peak color and snow began dusting the upper elevations in the mountains, I left—a month earlier than planned—and drove back across the country to New York City in four days. The twinge of sadness I felt at leaving such beauty and ease was tempered by the anticipation of being re-immersed in the grit and thrum and unpredictability of city life. It’s easy to romanticize life in New York, but things are decidedly not perfect. In my time away, moths took over the better part of my apartment. There’s garbage strewn about my neighborhood. The traffic has gotten much, much worse, and everything has gotten even more expensive.

But with the friction and inconvenience I seem to have recovered a certain integrity, a correspondence between my job and the life I lead outside the office. I’m here not simply because I care about the city and its institutions or because I’m energized by the people who inhabit it (though of course I do, and I am). I’m here because I’m grateful to show up, in person, to do work I really care about, alongside colleagues who are also something more. Their presence, and my presence among them, doesn’t just help me grow into a better, sharper, more capacious version of myself. It reminds me that I’m part of a project that helps me forget about me.