I fleetingly met Vaclav Havel on June 10, 1990.  It was the morning after Czechoslovakia’s first free elections in decades. At breakfast in our Prague hotel, my friend Marie Winn, who had translated some of Havel’s plays, and her husband, Alan Miller, who was making a documentary film on Czechoslovakia’s Velvet Revolution, introduced us. The exuberance was contagious inside the hotel and out on the old town square.

After all, the voting had sealed the events of November ’89. Timothy Garton Ash, chronicler and historian, arriving in Prague at the height of those events, recalls saying to Havel, “In Poland it took ten years, in Hungary ten months, in East Germany ten weeks: perhaps in Czechoslovakia it will take ten days!”

Garton Ash had the pace right. But the pace of that drama reflected years of preparatory work backstage, to which Havel—director, producer, stagehand, playwright, and sometime actor as well as writer and gadfly—was central. An intellectual, barred from a university education, he possessed a philosophical outlook reflective of Czechoslovakia’s oft-interrupted history and his own. His eviction from the privileges of a prewar haute-bourgeois family into the economic and social struggles of a postwar bohemian life bred in him the confidence of a well-brought-up boy with the insouciance of a marginal man. His plays and essays portrayed the ironic and seditious attitudes of the Czechs toward the government and the hypocrisies it imposed, even on itself.

In 1968, on an Easter trip to Central Europe, my husband and I very briefly witnessed the effervescence of the Prague Spring; that experiment ended in August 1968, with the invasion by the Soviet-led Warsaw Pact and the restoration of a Communist-led government. Twenty-two years later we returned to Prague to report on the demise of the persecutions and hypocrisies exacted by what Havel called a “post-totalitarian society”: no longer a regime of brute terror but one of a suffocating and corrupting miasma of falsehoods that cut off even its ruling politicians and bureaucrats from the real world.

The first of Havel’s subtle and subversive letters and essays that I read was Letters to Olga: June 1979–September 1982, written to his wife from prison and circulated among friends and co-conspirators in typewritten copies. The letters recounted the domestic travails of prison life (Havel was a bit of a hypochondriac) with the self-mocking but critical anxieties of a man trying to subvert the established disorder under the scrutiny of prison guards and security officials.

“The Power of the Powerless” (in a volume titled Living in Truth) came next. Appearing in English in 1987 but dated 1978, this long essay explained and defended the emergence of Charter 77, organized to defend against government censure of the Plastic People of the Universe, a rock group. In the West, Charter 77 was hailed as dissident; the Communist government charged it with being a treasonous opposition party. Havel insisted it was neither. Rather it was a collection of like-minded people who for a variety of reasons and by a range of actions, some momentous, most ordinary, had decided that “living in truth” was the only moral alternative to “living a lie.” This was not a political program, Havel wrote, but the affirmation of human dignity in the ordinary responsibilities of daily life.

The Velvet Revolution led to spectacular public demonstrations in 1989, but for long years before that, in the late 1960s and early ‘70s, only small acts of resistance were imaginable in a population demoralized by the 1968 Soviet invasion. Often only the person carrying out this resistance knows of it, Havel reported. Ordinary “small works” of decency were a shield against the “automatism” of a “post-totalitarian society.” His now-famous example centered on the greengrocer who one day refuses to post a sign in his window proclaiming “Workers of the World Unite.” What does it mean to post what everyone, greengrocer and passerby, knows to be an anodyne slogan? The day he decides not to post the sign, the greengrocer is exercising the power of the powerless by taking responsibility for a small act of defiance; he is living in truth.

Havel’s essays affirm what writers often doubt: ideas have consequences and the labor of shaping them can move people and even shake governments. But more important, his essays affirm not only the potential but the indelible value of everyday resistance to the creeping smog of familiar lies that threaten to sedate and smother us.

Related: Margaret O'Brien Steinfels's review of Havel's book To the Castle and Back 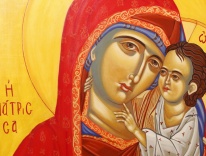 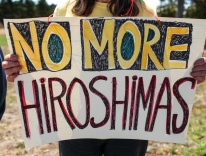 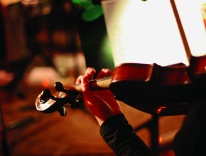