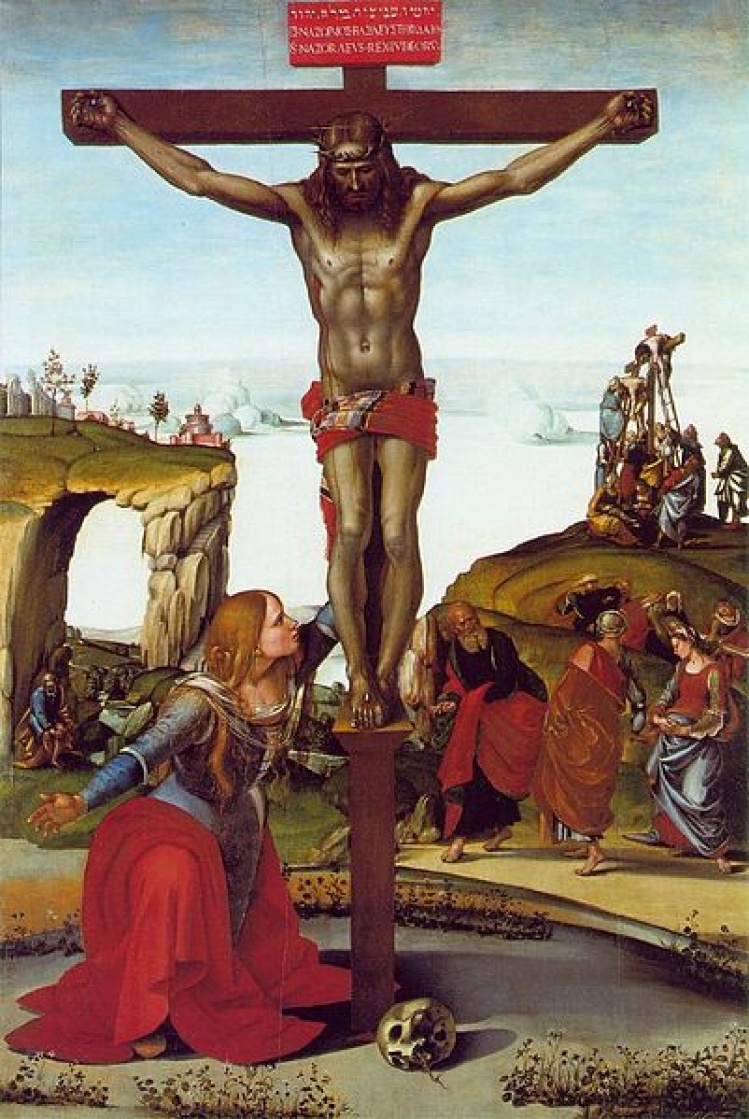 [In Book 13 of his De Trintate, Augustine addressed the theme of our redemption by Christ. He introduces the subject by asking a question that may have been asked in every generation–it is still being asked today. As the following excerpt indicates, he was concerned to eliminate from the beginning the misunderstanding that has plagued some presentations of the atonement and I once heard summarized in these terms: “God was so alienated from sinful human beings that it required the blood-sacrifice of his Son before he could forgive them.” As always Augustine approached the subject on the basis of Scriptural teachings that he accepted as posing the real terms of the question.]

Some people say, “Did God have no other way to free human beings from this wretched mortal condition than that he should want his only begotten Son, God co-eternal with himself, to become man, to take on human soul and flesh, to be made mortal, and to suffer death?” To refute them, it is not enough to assert that this way by which God deigned to free us through “the Mediator between God and men, the man Christ Jesus” (1 Tim 2:5) is good and befits the divine dignity; we must also show, not that no other way was possible to God, since all things are equally subject to his power, but that there was not and ned not have been any way more fitting for healing our wretchedness. For what was as needed for raising our hope and for freeing the minds of mortals cast down by our mortal condition itself and despairing of immortality than that we should be shown how greatly God valued us and how much he loved us? And what  clearer and more splendid sign of this could there be than that the Son of God, unchangeably good, remaining what he was while from us and for us taking what he was not, should share in our nature without damage to his nature, should first bear our ills without deserving any of them and then, once we had come to believe how much God loves us and to hope for what we had despaired of, should bestow his gifts on us out of unobligared generosity, without our having merited them, indeed despite our wicked demerits?

For even things that are called our merits are his gifts. For that faith might work through love, “love for God was poured into our hearts through the Holy Spirit that was given to us” (Rm 5:5). The Spirit was given when Jesus was glorified by his resurrection. Then it was that he promised he would send the Spirit and sent it, because it was then, as it had been written and predicted, that “he ascended on high, took captivity captive, and gave gifts to men” (Eph 4:8; Ps 68:19) These gifts are our merits by which we attain to the supreme good of immortal happiness. Now, says the Apostle, “God commends his love for us in that when we were still sinners, Christ died for us. Much more, then, now that we are justified by his blood, will we be saved from the wrath through him” (Rom 5:8). Then he adds: “For if while we were enemies, we were reconciled to God by the death of his Son, much more, now that we are reconciled, will we be saved by his life” (Rom 5:10) ...

What does it mean that we are “justified by his blood.” What power is in this blood, I ask, that believers are justified by it? And what does “reconciled by the death of his Son” mean? Is it that when God the Father was angry at us, he saw his Son’s death for us, and was reconciled to us? Was it, then, that his Son was so reconciled to us that he deigned even to die for us, but his Father was still o angry that unless his Son died for us, he would not be reconciled? Well, what does the same teacher of the Gentiles say elsewhere: “What shall we say to these things? If God is for us, who is against us? Who did not spare his own Son but handed him over for us all: how has he not also given us all things with him?” (Rom 8:13) If God was not already reconciled to us, would he have handed him over for us, not sparing his own Son? Does not the one view contradict the other? The one states that the Son dies for us, and the Father is reconciled to us by his death, while the other states that the Father loved us first and for our sake did not spare his Son, but handed him over for us. But I see that the Father loved us even earlier, not only before the Son died for us but even before God created the world, as the Apostle testifies: “As he chose us in him before the creation of the world” (Eph 1:4). Nor was it that when the Father did not spare him, the Son was handed over unwillingly, because it is also said of him: “Who loved me and handed himself over for me” (Gal 2:20).  The Father and the Son and the Spirit of them both, then, worked equally and harmoniously. Still we were justified by Christ’s blood and reconciled to God by his Son’s death. How this happened I will explain as best I can and as much as is needed. (Augustine, De trinitate, Bk 13, 13-15)

To what eyes does Christ appear beautiful? The kind of eyes Christ himself sought when he said to Philip: Have I been with you so long, and you still do not see me (Jn 14:9)? They are the eyes that have to be cleansed so that they can see that light, the eyes that when even slightly touched by his splendor, are inflamed with love and desire to be healed and enlightened. That you may know that Christ is beautiful, the prophet says of him: More beautiful than all the sons of men (Ps 44:3). His beauty surpasses that of them all.

What is it that we love in Christ? His crucified limbs? His pierced side? Or his love? When we hear that he suffered for us, what do we love? We love his love. He loved us so that we would love him in return, and so that we might love him in return, he has come to us with his Spirit. (Augustine, Enar. in Ps 127, 8)

The Way, the Truth, the Life 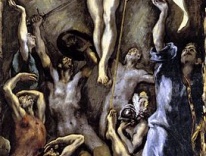