A Mother, a Son, and the Lessons of a Lifetime
By Patrick Whelan
Books
Death and Dying
Web Exclusive 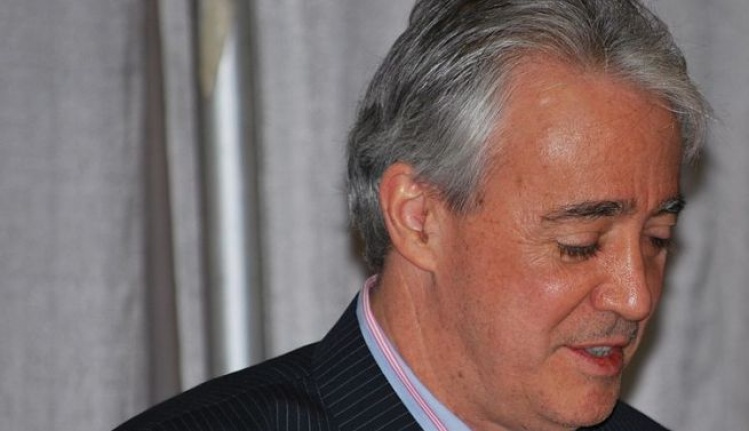 Mark Twain was close to his mother. He had a spirited correspondence with her for more than forty years, in spite of his irritation with her habit of scribbling her letters to him on little scraps of paper. Twain, the son of a dour lawyer father, was said to have inherited his sense of humor from her, and when she died in 1890 he wrote a playful reminiscence:

She was of a sunshine disposition, and her long life was mainly a holiday for her. She always had the heart of a young girl. Through all of the family troubles she maintained a kind of perky stoicism which was lighted considerably by her love of gossip, gaudy spectacles like parades and funerals, bright colors, and animals.

National Public Radio host and author Scott Simon is a longtime admirer of Twain, if not a kind of modern version. Equal parts humorist, philosopher, and ringmaster, the one-time war correspondent is known for heartfelt radio essays on the week’s events, a meadowlark laugh that lightens his interviews, and a naked affection for anything Chicagoan.

In July 2013 Simon found himself, like Twain at about the same age, confronted with the imminent death of a mother who was a powerful influence in his life. Sleeping on the floor by her bed at Northwestern Memorial Hospital in Illinois, Simon began sharing the long hours of conversation he’d had with her in 140-word snippets to 1.2 million Twitter followers around the world. Patricia Lyons Simon Newman was an epicure and first-rate cutup in her own right, and Simon reminisced with her about their intertwined lives, contemplated the meaning of her suffering, and explored the mixture of hope and helplessness endemic to any intensive care unit.

Last spring Simon published his reflections in a memoir entitled Unforgettable: A Son, a Mother, and the Lessons of a Lifetime. Each of the chapters is punctuated with tweets he had sent out from her hospital room to his friends and followers. Patricia had been a beautiful Irish Catholic actress, he said, who was married young to a Jewish comedian. “If you saw my mother and Princess Grace in the same photo, you’d think they both deserved a small kingdom,” Simon writes. By recounting the stories they shared during those last days, he retells the tale of her life with all its unpredictable twists. He quotes one early tweet that he wrote before anyone understood the severity of her illness: “I consider this a good sign: mother sez when time comes, obit headline should be ‘Three Jewish Husbands, But No Guilt.’”

Simon dedicates his book to the ICU nurses and technicians whose “care and consideration…was profound, intimate, and routine.” That’s an early indicator of what will become a major line of narrative: the frustration and even anger in realizing one might be in a situation where medicine has met its match. The nurses are on hand, hour-by-hour, to address Patricia’s most basic needs. But the teams of doctors sneak sheepishly in and out, apparently helpless to determine why she is dying or even how to meaningfully diminish her suffering. Over the course of some 150 pages in the middle of the book, the physicians disappear completely; over the full 250-page length, we learn almost nothing of the medical condition that ultimately killed Simon’s mother. Perhaps that’s a measure of just how much this family was left in the dark.

Faith and destiny are other subtexts for the story Simon tells. “My mother had spent most of her life in rebellion against her church,” he says, recounting how she and a friend were kicked out of Catholic school for indulging their curiosity and trying on the hair-hiding habits of the nuns. “But when I spent the last days of my mother’s life alongside her in the intensive care unit, our talk about death and whatever follows grew real. The hereafter was no longer hypothetical. It was the stop just ahead, and the next place I knew my mother would be.”

Like Twain’s mother, scrawling her thoughts on little scraps of paper, Scott Simon distilled his long hours in the ICU into clipped reflections, rich with meaning, that he tweeted around the world. Twain is among the many credited with saying, “I would have written you a shorter letter, but I didn’t have time.” Simon made the time, and in the tender love letter of a book that’s resulted, he drives home the point that eighty-four years isn’t that long a stay for someone who means the world to you.

Please email comments to [email protected]onwealmagazine.org and join the conversation on our Facebook page.