The career of Mary-Kay Wilmers
By Anthony Domestico
Media
Books 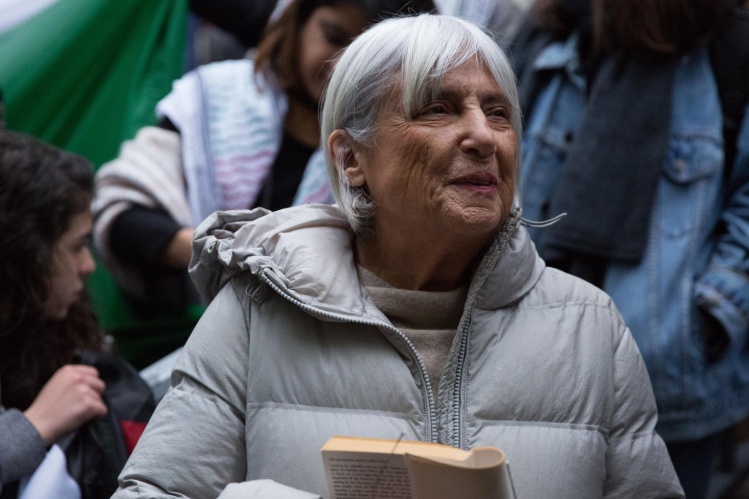 In January, Mary-Kay Wilmers announced that she would be stepping down from her position as editor of the London Review of Books. Wilmers became editor in 1988, nine years after she helped found the magazine with Karl Miller and Susannah Clapp. If it’s hard to imagine a LRB without Wilmers at the helm, that’s because such a thing hasn’t ever really existed.

In the magazine’s inaugural 1979 issue, Miller lamented the then-current literary state of affairs: “For reasons that can’t all be separated from the facts of a national decline, criticism, and the literature it serves, have suffered a loss of confidence.” Yet, Miller continued, there was reason to hope: “It is also true that gifted performers have arrived, and survived. New papers are starting, and old ones are resuming. There is no law of history which says that literature cannot break the spell of its dependence on the economy and on the state of the nation.” It’s hard to say whether the state of the nation is better or worse than it was in 1979. Pick your poison: union-busting Thatcher or bloviating Boris; the threat of privatization and closing factories or their accomplished fact. But pick up any issue of the LRB and you’ll find that, thanks in large part to the editorial direction of Wilmers, British criticism is thriving.

There aren’t many magazines worth reading cover to cover; the LRB is one. Just in the past few issues, Perry Anderson published a three-part, 45,000-word essay on the European Union that was—somehow, impossibly—interesting; Patricia Lockwood wrote a genius-level piece on Nabokov’s life and work (“A young aristocrat, 75 per cent composed of foraged mushrooms, asks his pristine parents what an erection is, and they tell him that Tolstoy has died. Who can’t relate?”); and Christian Lorentzen opened a political piece like this: “The state of Delaware has given the world three gifts: chemicals, debt and Joe Biden. Each promises great things but may deliver undesirable side effects.” Some of my favorite essayists—Lockwood, Andrew O’Hagan, Michael Wood—regularly write for the magazine, or the “paper,” as its editors refer to it. Yet my favorite piece from the last year was an essay by Tom Crewe on, of all things, the history of British summer holidays.

Writing in 1926, T. S. Eliot said that a literary review should ideally have a “tendency” rather than a “programme”: “Editor and collaborators may freely express their individual opinions and ideas, so long as there is a residue of common tendency, in the light of which many occasional contributors, otherwise irrelevant or even antagonistic, may take their place and counteract any narrow sectarianism.” The common tendency of the LRB is, in fact, its rejection of narrow sectarianism. The pieces run long, and this space allows for, even demands, that ideas—about art, about political economy, about history—be contested and reconsidered in the writing itself. Lockwood, for instance, began an essay, “I was hired as an assassin. You don’t bring in a 37-year-old woman to review John Updike in the year of our Lord 2019 unless you’re hoping to see blood on the ceiling.” Over its almost seven thousand words, Lockwood’s piece shifts between disdain and celebration before ultimately landing on a decidedly un-assassin-like take: “When he is in flight you are glad to be alive. When he comes down wrong—which is often—you feel the sickening turn of an ankle, a real nausea.” The essay turns and turns and turns again, in exactly the way an essay should. It’s the kind of piece Wilmers continually gets into the LRB’s pages.

Ambivalence and the possibility of surprise, both to the reader and to the writer: this is what Wilmers demands from her writers.
sharetweet

After the announcement of Wilmers’s retirement, Andrew O’Hagan described her editorial approach:

It’s not always easy to define an editor’s style, but Mary-Kay definitely has one. It relies on an enduring respect for the possibilities of ambivalence—“most writers believe too much in what they believe,” she once told me—as well as what John Lanchester once identified as a “Russian horror of clarity.” It’s not that she doesn’t like clear prose, it’s just that now, in ashe prefers it when writers don’t use that prose to kdvance of knowing, what they think about everything, or to preach to the readers, or to make a show of their own honour

Ambivalence and the possibility of surprise, both to the reader and to the writer: this is what Wilmers demands from her writers and this is what the LRB consistently gives to its readers. It’s also what Wilmers has offered in her own two books, Human Relations and Other Difficulties (Picador, 272 pp., $17) and The Eitingons: A Twentieth-Century Story (Faber & Faber, 476 pp., $14.15). Human Relations and Other Difficulties brings together a number of pieces that Wilmers published in the LRB and other venues; The Eitingons, a history-memoir hybrid, hunts through the archives after three historical figures, all related to the author: Leonid Eitingon, a KGB agent who helped plan the assassination of Trotsky; Max Eitingon, a friend of Freud who may have been involved in the killing of a White Russian in the 1930s; and Motty Eitingon, one of the most successful fur traders in the world, until he wasn’t.

In a preface to Human Relations and Other Difficulties, John Lanchester praises Wilmers’s essays by saying that “they don’t smell of writing.... The end product is clear as vodka, a clarity which is all the more striking since Mary-Kay is often in two minds about things.” Again, note the emphasis on ambivalence: not feeling nothing but feeling in tension with itself. Wilmers is a liberal who is skeptical of the Left; she has championed female writers and looked critically at feminism. She values argumentative openness—when writing on Leonid, Max, and Motty, almost every paragraph has a “but” or “still” or “yet”—yet she expresses this habit of mind with great decisiveness.

To sample one remarkable paragraph from her remarkable familial memoir, here she describes looking at a photograph of the fur dealer, Motty Eitingon:

He’s smiling up at someone, the smile revealing a very good, large set of teeth and causing the eyes to pucker: it’s the position of the lower lids, not the upper ones, that the smile seems to have changed. There is what must have been a trademark gleam in the eyes, something very endearing and…charming. Motty would have been in his late fifties and there isn’t much hair to speak of. The face is in general big, the features also big, especially the nose and ears, and the overall effect is fairly irresistible. I’ve looked at this photo now and then, and come to feel that despite the frankness of expression and the openness of the face itself, this is a portrait of an unknowable person. I don’t mean that something inconceivable was hidden away behind the affability—a long career in espionage, for instance, or murder, or adultery. Only that charm is a way for a person not to be there. It stands in for character, and once character has been off duty for a few years, it may abscond completely and let someone else sign the cheques or deal with the person at the door.

What a marvel of descriptive and analytic precision—not the upper lids but the lower ones; an unknowable person, but not in the way you might expect—all leading to the best account of the chilly inhumanity of a certain kind of charm I’ve ever read. To be a great writer is to discover the rhythm that is your own; to be a great editor is to help in this discovery. For more than forty years, Mary-Kay Wilmers has excelled at both tasks.

Lives of the Poets