'Behind the Beautiful Forevers'
By Daniel M. Murtaugh
Books 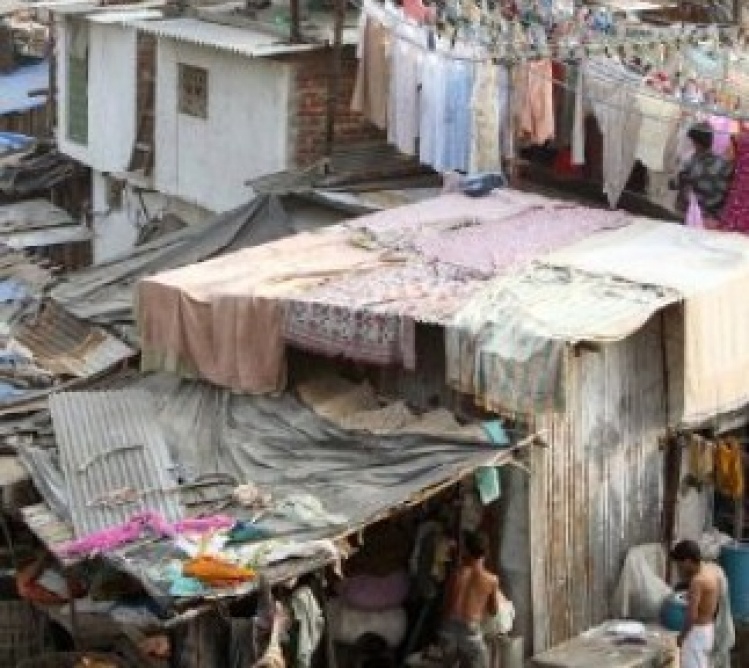 In the years leading up to the financial crisis of 2008–09, the sleek and growing international airport of Mumbai looked across two hundred yards of elegant landscaping at a concrete wall plastered with ads for floor tiles that promised (over and over again) to be “beautiful forever.” The advertisements addressed a rising middle class in one of the world’s fastest-growing economies, but they also hid from view a squatter community called Annawadi, an embarrassment to a burgeoning financial center that could not shake its other identity as “Slumbai.” In Behind the Beautiful Forevers, winner of the 2012 National Book Award for nonfiction, Katherine Boo takes us into the community of Annawadi, principally during those two years. We live at close quarters with several families who have adapted to a default condition of desperation and who inhabit a highly complex system of corruption (vertiginously displayed in the 2008 film Slumdog Millionaire).

The lives Boo presents and the assumptions on which they are built are disorienting. She deals with this in beautifully balanced sentences that betray little overt emotion. Her prose is sometimes colored by an irony that is never imposed but arises naturally from the situation. She simply looks past the questions that the reader cannot help forming. Just listen, her even tone suggests: it will all become clear, and you will learn.

A short paragraph exemplifies her method. Manju is a college student (you think you know what that means, but you don’t), the beautiful daughter of Asha, an aspiring “slumlord” of Annawadi who works her connections to the nationalist Shiv Sena party in support of her ambitions.

Manju’s instrument for demonstrating her decency was the school she ran out of her hut every afternoon. The school was financed by central government money, funneled through a Catholic charity, and Asha was the teacher, officially. But her mother was busy with Shiv Sena, so Manju had been running the class since she was in seventh grade, displaying a commitment her mother found annoying. Although Asha was pleased with the small stipend the school brought to the household, she thought Manju should conduct the class only on days when the supervisor came to check, the way a lot of other hut-school teachers did.

So this looks like a miniature charter school. But it is taught by a young woman who has not yet completed college, and her college, we soon learn, teaches Western literature by having students memorize plot summaries. And Manju has been teaching since she was in seventh grade, instead of her mother Asha, whose maturity and connections drew the stipend. But we already know that the grade level at which Manju’s teaching career began was the level at which Asha’s education ended. Finally, the irritant in all this for Asha is that Manju feels obliged to actually do something for the stipend. And why did the government funnel the stipend through a Catholic charity? To disguise it as a private school that could charge tuition that would eventually find its way to the pockets of government officials and their hangers-on. But no matter: it was clearly better than the free public schools, where 60 percent of teachers had not finished college and often secured positions with a bribe. A specific family situation thus brings into view an entire system of corruption, in which no good intention escapes perversion and no public good escapes “privatization” into a payment to a well-placed official.

The other main focus of the book is the Muslim family of Abdul, a teenager who has perfected his skills as a middle man in a leading slum industry, the scavenging and recycling of trash. Like all the shadow-economy schemes for survival in Annawadi, Abdul’s profession skirts illegality and draws regular visits from the police looking for protection money. The story begins with Abdul fleeing absurd charges of attempted murder and/or incitement to suicide that will involve his father and sister as well, dragging them into a criminal-justice system that Abdul will judge to be “a market like garbage [in which] innocence and guilt could be bought and sold like a kilo of polyurethane bags.” We pull back from that opening moment of panic to the events that led to it, and we see how general corruption builds suppressed rage in its victims, who, finding no way to attack the system itself, turn their rage on those nearest and most like them. The neighbor woman who dies hideously in a self-immolation and Abdul’s family who are accused of driving her to it are all minority Muslims. This contained, internecine violence feeds official corruption because the police and the courts can then descend on both sides to extort bribes.

Toward the end of Boo’s story there are some indications of hope, but they are attenuated, and we cannot be sure they are not just lucky breaks. History handed Boo a dramatic turn when, about a year after her arrival in Annawadi, a small group of armed terrorists attacked and held Mumbai’s Taj Mahal Hotel for almost three days. In her account, that disaster exposes the inadequacy of the corrupt police force, and the wealthy acknowledge that their system of gated communities and private security forces is no substitute for a genuine structure of civic order. They are “dependent on the same public safety system that ill served the poor,” and many decide that they must engage in the political process and actually start to vote. Months earlier a parallel revelation comes to Abdul, through the inspirational lectures of a “Master” in the children’s prison. Though he may be a charlatan, his words give Abdul a glimpse of a systematic explanation for his troubles, one that reveals the corrupt policemen to be as ensnared as he is and encourages the formation of a conscience based on general principles not previously available to him. But can this discovery change his life any more than the newly engaged moneyed class can change that of the nation?

The intimate share we have had in the lives of the people of Annawadi—whose names are not changed—leaves us with some reasonable questions. We enter the minds of many of these real people, as well as their homes, and, this being a work of journalism rather than scholarship, we do not have the apparatus of footnotes and source lists that can help us retrace the process by which Boo—a Westerner married to an Indian but with no proficiency in the languages of India—pieced this novelistic texture together. In an afterword, Boo gives a generally persuasive account of her methods, including a generous acknowledgment of the work of three interpreters. I very much want her account to hold up, because it conveys such an inspiring and heartbreaking sense of the obduracy of hope.