Encounters with the Accidental
By Dominic Preziosi 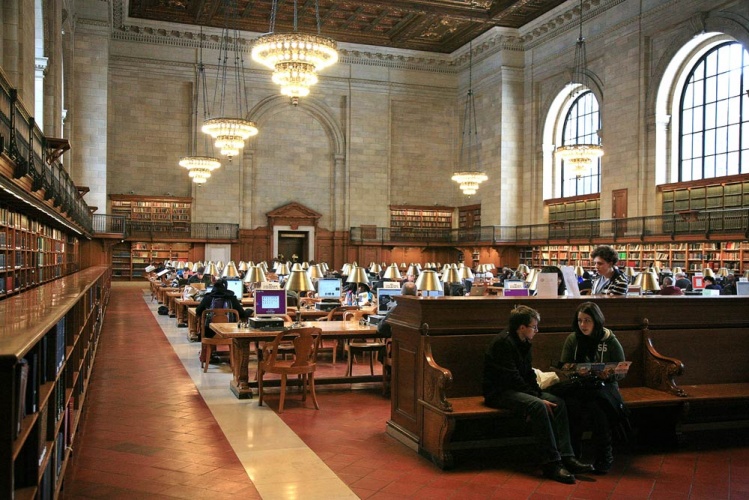 Writing teachers like to use Tobias Wolff’s well-known short story “Bullet in the Brain” to talk about pacing, or, more provocatively, the manipulation of time within the real-world temporal and physical constraints of a narrative. Even beginning writers know a little bit about extending moments of dramatic importance to build tension and suspense, or how to use simple transitions like “the next day” to speed over events not germane to the conflict. Maybe it’s an intuitive sense developed through years of exposure to stories in all their forms. But Wolff goes far beyond these basics to demonstrate just how manipulable narrative time really is, while also providing a meditation on the nature of time itself.

The bullet of the title, fired at the protagonist’s skull during a bank robbery, travels at nine hundred feet per second, doing its fatal damage more or less instantly. Yet even so, this happens at a “pathetically sluggish, glacial pace” compared to the “synaptic lightning” set off in the victim’s head, a far faster-moving storm of activity that vividly serves up a forgotten childhood memory. In the paragraphs following the protagonist’s death, Wolff painstakingly details this still unfolding memory, down to the magical, mystical words spoken by another child that long-ago day: “They is, they is, they is.” It’s a simple present-tense construction the victim can now “make time” to re-play eternally, even as he becomes part of the past.

Now stop to consider these questions. How long did it take you to read this far? Have you been scanning, picking up on keywords and certain phrases? Or have you been reading closely, according to every word and clause an attention equal to the effort expended by the author? What details do you remember (no fair re-reading)? Will you take time (or make time) to read on from here? Will you talk to anyone about it? And a few days from now, will you remember where you read it?

There is more to Wolff’s story, including the implied realization on the part of the dying protagonist that he spent too much of his life in states of cynicism and disillusionment. “My experience is what I agree to attend to,” William James famously said, and by that measure many of us already have regrets. Why do I attend so much to rewatching Game of Thrones, or to arguing with family about fake news, or to knitting tiny hats for my pug? Why do I spend so much time online?

A little over a quarter-century ago I was paying my way through grad school by editing scholarly journals for an electrical engineering society. I remember what seems the now impossibly quaint moment when I and a handful of co-workers were selected to be “networked,” our computers joined to each other’s and to “cyberspace” over the fledgling Internet. The purpose was to link us to researchers and professors at universities around the world whose work we were editing, who themselves had a hand in developing the very technology we’d been equipped with. Of course, we promptly used it to chat among ourselves via instant-message (still known at the time by its technical acronym) and to visit user-group message boards dedicated to The Simpsons, a show itself still in infancy. Anecdotal evidence suggested that productivity suffered; clearly, time was wasted.

Just as immediately clear: Reading on-screen, even if only lists of the sly cultural references from the show’s most recent episode, was different from reading on paper. Some of the research since then suggests the screen experience is said to invite “scanning,” with the eye jumping to certain keywords or phrases. The experience of reading on paper is said to invite closer following of an argument or narrative.

Colleagues at my next job were already acting on these hunches. By 1995, with web publishing getting seriously underway, they were talking about how passages and paragraphs could be structured to accommodate the darting eye as it moved across the screen from one cluster of text to another. There was a sense of being at the vanguard of something; some of my older co-workers were likening it to the early days of television. Here was an opportunity, undertaken in simple acknowledgment of how the few stories we were able to put online could, and might need to be, treated differently than they were in the print edition of our magazine. Soon came the first stabs at what would become commonplace: links to other stories on related topics; graphics and images that themselves contained links to other areas of the site or that opened “interactive” features; headlines that demanded clicking; invitations to comment and to subscribe to email newsletters. From then to now the web has become, as Jenna Wortham recently described it in the New York Times Magazine, “a Gutenberg press on steroids.”

Would we could go back in time, many might now sigh, when paper was all there was. For these, there may be consolation and solace in the stubborn persistence of analog, or in some aspects its resurrection. I count myself among those happily relieved by news that sales of electronic books now lag those of printed-and-bound. There is no rational basis for my rooting interest, but isn’t that the very nature of fandom? I’m a fan of books made of paper. I want them to beat e-books. A few years ago I wrote of looking around the subway and seeing no one else with a book in hand. Based on recent but similarly unscientific morning-commute surveys, that’s changed. Yes, most people still are gazing into phones, but there always seem to be at least several reading books, often even right next to me.

I’ll also admit to a fondness for missalettes, the propriety and necessity of which some Commonweal readers have recently debated. I grew up with them, following the readings that were read aloud while reading ahead during, say, the second collection or uninteresting homilies, to the coming weeks. I can still see the words on the page, the style of type, the brackets used to indicate sections “to be omitted for a shorter reading.” But the parish we’ve attended for the last fifteen years doesn’t use them, which means my children don’t know the experience of following along in this way. Like all good parents I bemoan the deprivations of their generation. I’m convinced that the religious language I was exposed to—both heard and read, on paper—influences my reading and writing now.

But is it a reason to resist the pleasures or benefits of reading online, or to raise the status of one form over the other? Plato himself might have rethought his opposition to the idea of the written word once he saw that writing did not in fact reduce thought and ideas to “mere external markers.” A little more recently, journalist Virginia Heffernan warned against letting the passing of analog seal us off from the “magic” of the digital. So let’s take into consideration the various contexts in which we engage in the activity of online reading (here I will specify that I’m talking more about articles and article-length essays than books). If we want to be informed faster of the basic facts of a story, then we have that option, along with the option to read as closely as we think we do on paper, or even to return for a closer reading later, much as we often do with print. “The online news experience is a mix of deliberateness and serendipity,” write the authors of a recent Pew study of online reading habits, which sounds like a reasonably good combination to me. Interestingly, they found that the most common way people respond to something read online is not to comment on it, or to share it by email or social media—but to speak about it offline, in person, with other people. All of which is to say: it’s not just about staring at a screen.

At Commonweal, we’re seeing some interesting things in our own analytic data. Our site traffic has grown at a healthy rate over the past twelve months; at the same time, readers’ time spent on specific pages has dropped a bit, and the duration of single site visits (what we call “sessions”) is also shorter. What it suggests, and it’s what other publications also seem to be experiencing, is that visitors come to see what’s on the site, perhaps dipping in and out of stories, reading briefer ones to the end and reserving longer ones for later—to be read on the phone at lunch, at the home computer or tablet, or, yes, even in the printed publication, though that may arrive several days after the story first appears on the site. The most-read story on the Commonweal website in 2016 by far? “Christ’s Rabble,” David Bentley Hart’s long and demanding piece on New Testament Christianity and capitalism. Judging from the commentary on Twitter and Facebook and elsewhere, it was read rather closely and comprehensively by the tens of thousands of people who did so ... online.

So where to go from here? I’ll take the position of cultural optimism, as defined against the “cultural pessimism” Marilynne Robinson decries in her essay “Reformation.” And it’s not just because my job as digital editor demands it of me. Cultural pessimism, Robinson writes, “is always fashionable, and since we are human, there are always grounds for it. It has the negative consequence of depressing the level of aspiration, the sense of the possible.” Maybe there’s a lot to complain about in terms of what we see and read online. There’s always been much to complain about what we see in print, watch on television, hear on the radio. There’s a lot to complain about in life, if that’s what we want to do. But there’s also that which we don’t see, no matter the medium we’re in—and thus that which we may still encounter, even if by accident. “The universe of print we live in now, on page and screen, is an infinitely capacious memory and an inexhaustible reservoir of new thought,” Robinson also writes. “That its best potentialities are often not realized, that its best moments often pass unobserved or unvalued, only certifies its profound humanity.”

At the end of his story, Wolff switches to omniscience and writes: “The bullet won’t be outrun forever, or charmed to a halt.” Time, as manipulable as it might be on the page (or screen), moves in just one direction off of it, pulling each of us along in what Wolff would call “its comet’s tail.” Certainly that’s an important reason to be deliberate in choosing what to attend to in our limited days. Don’t squander time; don’t let your attention be robbed by things that don’t deserve it. But neither should we cut ourselves off from responding to the serendipitous. Isn’t making time to mine our sense of the possible just as important an obligation?