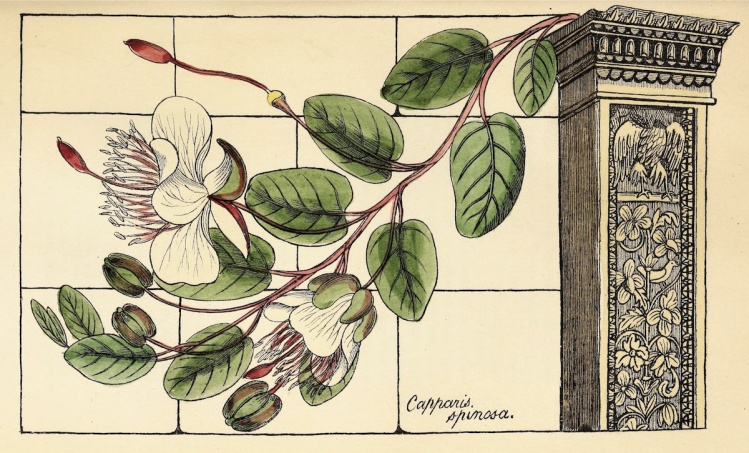 Richard Deakin, Flora of the Colosseum of Rome, 1855 (The Public Domain Review)

IN MEMORY OF DENISE LEVERTOV

A calm mind neither apparels
Nor judges the rained-upon zoo animals.
Anger only, as a child frustrated
With lions sleeping through midday,
Dresses them with terrors intact,
Damning them. Humanity is no bargain.
We’ve run out of options.
Kindness merely drags it out longer,
Letting the lions starve, too weak
Anymore to lift their mouths to the rain.
And of the angry martyr in me, less said
The better. There’s terror in the milk.
Cruelly deprived of the civil cruelties,
We are beasts that never were, and lions die.

A HINT TO LUCRETIUS

The afterlife is an austere beast,
Fabulous but austere.
The most desired is charioteer
To the broken alto of the least,
Hobbled by aftermath but still
Beautiful, still with one bauble
Of scar upon her lip. Trouble
My mouth with your mouth. Fill

The rampant measures as Campion did.
Tabard is hue, and thyme is terrace.
My mother’s name was Doris,
A Greek unknown to her. Hidden

Among the wild herbs in their patterns
Are first things, and first things never die.
To them, the afterlife is a memory.
When I was born, there were lanterns

Strung upon eyebeams to the horizon.
Nothing afterwards stretched so far.
Upon the early mind, there are
Two loves, each a white campion.