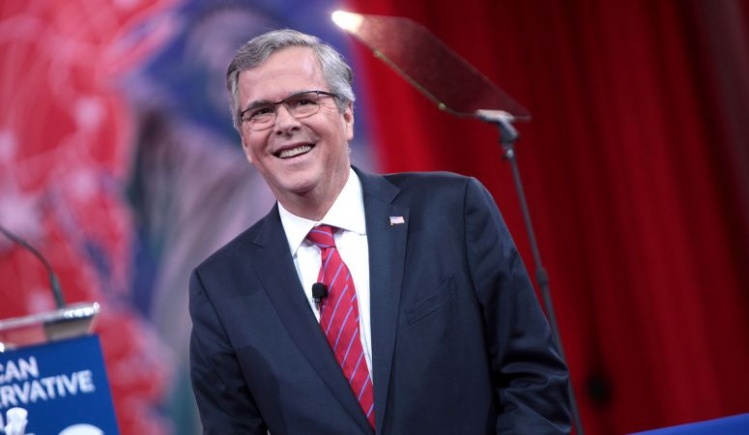 The Clinton political dynasty is still alive. The Bush dynasty has been routed. Their contrasting fates, to this point at least, tell us much about our two parties, the nature of this year’s presidential election, and the dueling legacies themselves.

The Republican and Democratic contests are very different, beginning with the fact that Hillary Clinton did not have to deal with Donald Trump, who targeted Jeb Bush with a viciousness rarely seen in contemporary politics. For months, the self-contained former Florida governor responded ineffectually to an opponent who flouted all the norms. This only made it easier for Trump to mock him as “low energy” and “weak.”

Bush was also entitled to a certain bitterness as he watched Marco Rubio, his ambitious and impatient protégé, seize his natural base in the party: voters who loathe both Trump and Ted Cruz. Rubio’s definition of loyalty did not include yielding to his one-time mentor.

Bush finally found his voice toward the end of his campaign, and he often stood alone in denouncing Trump’s brutal Islamophobia. He thereby bravely upheld the most estimable parts of his family’s public service tradition. But his efforts came too late, and were, in any event, out of tune with so many in a party eager to respond to angry and exclusionary rhetoric.

Clinton now faces only one opponent, and Bernie Sanders, especially in contrast to the often thuggish behavior of Republican candidates toward each other, has been positively courtly. Building a durable progressive wing of the Democratic Party clearly matters more to him than scoring points off Clinton.

Still, Sanders has exposed real weaknesses in Clinton’s long-term position. The issues he has used against her—particularly her ties to Wall Street and her acceptance of large speaking fees from financial firms—are matters Republicans will surely bring up again should she secure the Democratic nomination.

In a party whose election victories are increasingly dependent on heavy turnout among younger voters (when they don’t show up, the Democrats lose, as they did in 2010 and 2014), Sanders has overwhelmed Clinton among those under forty-five. He did it again in Nevada’s caucuses on Saturday.

Clinton’s “trust deficit” is a cliché. But, like her weakness among the young, it remains part of her own ongoing legacy problem. According to the entrance poll reported by CNN, a quarter of Nevada caucus-goers listed honesty and trustworthiness as the most important qualities they were seeking in a candidate; they backed Sanders by about six-to-one.

Endurance under trial is a defining characteristic of a Clinton brand that also has the benefit of being less established than the Bush trademark. The Clintons have been in the public consciousness since 1992. Bushes have been in presidential politics since 1980 and on the national stage since 1952, when Prescott Bush, Jeb’s grandfather, entered the U.S. Senate. If the Clintons aren’t exactly Facebook, neither are they General Motors or Studebaker.

And while frustration on the Democratic left with Bill Clinton’s pro-business policies has fed support for Sanders, the antipathy to both Bush presidencies on the Republican right runs far deeper. As Laura Ingraham, the conservative talk radio host, told The Washington Post in 2015: “The Bushes have always underestimated the depth of the base’s dissatisfaction with their policies.” Moreover, even some of Bush’s natural allies among Republican professionals worried that public memories of the peaceful and prosperous Bill Clinton years were much fonder than those of a George W. Bush presidency characterized by an unpopular war and a financial meltdown.

These problems fed an ambivalence in the Bush circle about the legacy issue itself. Both the Bush and Clinton logos highlighted their first rather than last names. But the exclamation point in “Jeb!” paradoxically underscored his awareness of the lack of enthusiasm for another Bush presidency.

Jeb can console himself that his son George P., a Texas politician, is already in the family business, and that being scorned by fellow Republicans is part of the family’s tradition. When Prescott Bush successfully sought re-election to the Senate in 1956, his biographer Mickey Herskowitz recounts, some in the party hoped he’d lose because of his stands in favor of immigration and higher taxes.

“I was amazed,” Prescott Bush said, “that they would take so small a view as that of a man who was trying to do his damnedest for the Republican Party.”