A Turning Point on Sex-Abuse? 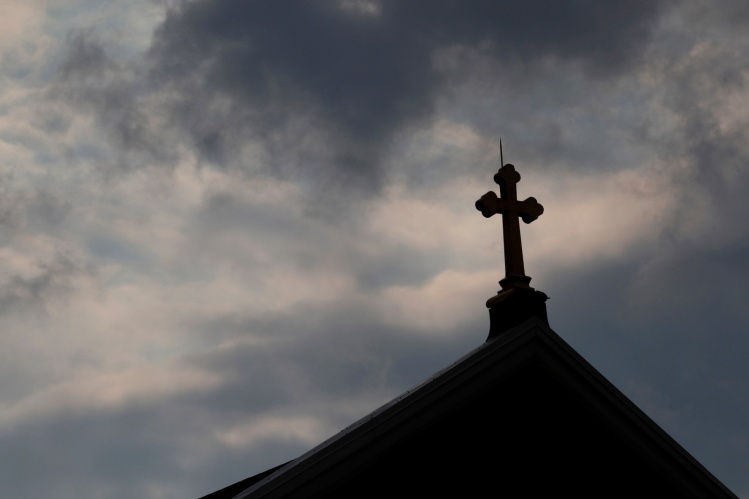 While visiting Pennsylvania three years ago, Pope Francis promised a group of victims of sexual abuse by clergy that bishops who “failed in their responsibility to protect children” would be held accountable. “I pledge to you that we will follow the path of truth wherever it may lead,” he told three women and two men he met at St. Charles Borromeo Seminary in Wynnewood, Pennsylvania.

They were stirring words that seemed to promise a turning point. It hasn’t arrived, and it continues to be left to the legal system, the news media and advocacy organizations to fill the gap. Prosecutors in Pennsylvania took part in that quest, producing a grand-jury presentment that, as Francis described it in a letter he released on August 20, “detailed the experiences of at least a thousand survivors, victims of sexual abuse, the abuse of power and of conscience at the hands of priests over a period of approximately seventy years.”

I am conscious of the effort and work being carried out in various parts of the world to come up with the necessary means to ensure the safety and protection of the integrity of children and of vulnerable adults, as well as implementing zero tolerance and ways of making all those who perpetrate or cover up these crimes accountable. We have delayed in applying these actions and sanctions that are so necessary, yet I am confident that they will help to guarantee a greater culture of care in the present and future.

For some twenty-five years, American Catholics have been hearing from confident church leaders that they were addressing the evil of clergy sexual abuse. So it’s no surprise that Francis, who likewise made such promises in the past, is being greeted with skepticism. After the Boston Globe’s reporting in 2002 showed news organizations around the country how to uncover the story in their own cities, the bishops responded to the scandal like corporate executives who were trying to save their jobs. They cracked down with their 2002 Charter for the Protection of Children and Young People and norms for dealing with “priests or deacons” who sexually abuse minors, but spared themselves from scrutiny.

After the Boston Globe’s reporting in 2002 showed news organizations around the country how to uncover the story in their own cities, the bishops responded to the scandal like corporate executives who were trying to save their jobs.
sharetweet

This was very much deliberate, as Catholic News Agency noted in a recent news analysis:

There was a prescient moment at that meeting.

As the bishops discussed amendments to the document, Archbishop Elden Curtiss, then-Archbishop of Omaha, asked why a revision to the text replaced the term “clerics” with the phrase “priests and deacons.”

William Lori, then Bishop of Bridgeport, Connecticut, said that the drafting committee “decided we would limit it to priests and deacons, as the disciplining of bishops is beyond the purview of this document. ‘Cleric’ would cover all three, so we decided not to use the word ‘cleric.’”

Even in the corporate world, shareholders would expect the board of directors to respond to such self-serving leadership—and federal regulators would take note. The attitude in the Vatican was that the U.S. bishops were already going too far in response to the hysterical American news media, and the cushy landing arranged for Boston’s Cardinal Bernard Law confirmed that.

The most specific proposal in Pope Francis’s letter—for the People of God to take part in a “penitential exercise of prayer and fasting”—is not new. Pope Benedict XVI’s personal preacher called for the same in 2006. Prayer and fasting are desirable. But lay participation seems not at all in demand when a new bishop is being chosen or a priest assigned—only when it comes to doing penance for evils.

Francis does seem to urge a far deeper role for the laity, whom he urges to join “in uprooting this culture of death.” He explains: “It is impossible to think of a conversion of our activity as a Church that does not include the active participation of all members of God’s People.”

True lay participation would require a major change in the church’s institutional culture; there are many avenues for lay people to serve on boards for schools, in parishes, and through other church activities, but all is generally under clerical control. Is Francis calling for some degree of that control to be relinquished? He writes:

Clericalism, whether fostered by priests themselves or by lay persons, leads to an excision in the ecclesial body that supports and helps to perpetuate many of the evils that we are condemning today. To say “no” to abuse is to say an emphatic “no” to all forms of clericalism.

Just what this means in terms of practicalities is unclear. One gets the impression from the letter that Francis is reaching out to the entire People of God for help in part because he has not been getting the assistance he needs within the Vatican.

If most of the abuse cases in the Pennsylvania grand-jury report “belong to the past,” as Francis noted, the question of bishops’ accountability remains very much in the present.
sharetweet

If most of the abuse cases in the Pennsylvania grand-jury report “belong to the past,” as Francis noted, the question of bishops’ accountability remains very much in the present. Pennsylvania Attorney General Josh Shapiro made note of that in a letter he sent to Francis on July 25. He asked the pope to direct church leaders not to block public release of the grand-jury report, which was being challenged in the courts by anonymous petitioners. “Credible reports indicate that at least two leaders of the Catholic Church in Pennsylvania—while not directly challenging the release of this report in court—are behind these efforts to silence the victims and avoid accountability,” he wrote.

Shapiro had met the pope at St. Charles Borromeo Seminary shortly before Francis spoke to the sexual-abuse victims in 2015. “I was moved by your words, your compassion and your commitment,” he wrote. “Sadly, some of the clergy leading the church in Pennsylvania have failed to heed your words.”

Shapiro has now welcomed the pope’s letter in a statement his office issued, but gently noted Francis’s acknowledgment that reforms had not been enacted. “The Pope has long been a fighter for the defenseless,” Shapiro said. “As he notes in his letter, actions and sanctions to protect children and hold abusers and those who cover up abuse accountable have been ‘delayed.’” He expressed hope that “Church leaders in Pennsylvania will cease their denials and deflections.”