How Did the GOP Get Here?
By E. J. Dionne Jr.
Election 2016
Columnists
Web Exclusive 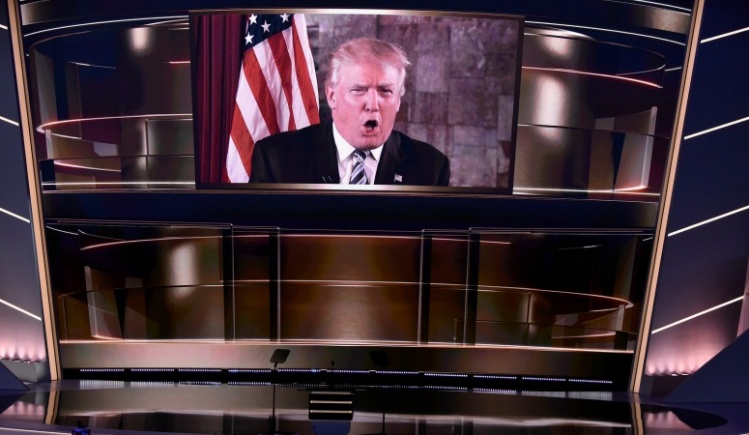 The Donald Trump Family Reunion, formerly known as the Republican National Convention, illustrates how a once great political party now sees its main purpose as harnessing the opposition to the devil.

There were chuckles and dismissals when Ben Carson, the brilliant neurosurgeon turned right-wing crank, used his convention speech Tuesday night to tie Hillary Clinton to the left-wing organizer Saul Alinsky, and then Alinsky to Lucifer. Presto: In the apotheosis of guilt by association by association, Carson concluded that Clinton "has, as their role model, somebody who acknowledges Lucifer." Using the plural "their" presumably makes Clinton an even bigger threat. She contains multitudes.

In fact, Carson's turn toward the Satanic was entirely in keeping with the one and only argument being advanced here consistently this week: That Clinton is someone who should be locked up. Or worse. A New Hampshire delegate who advises Trump on veterans issues said in a radio interview that "Hillary Clinton should be put in the firing line and shot for treason." Go forth, Republicans, and tell the world that this devout Methodist is actually a worshiper of The Evil One.

The journey into what once would have been written off as the land of the lunatic fringe explains how Trump has seized control of the GOP and forced traditional Republicans such as Senate Majority Leader Mitch McConnell and House Speaker Paul Ryan to bend to his will. Far from being an intermeddling alien force, Trump represents the true center of gravity in a party that has spent a quarter-century defining itself through extravagant shows of opposition first to the Clinton family and then to Barack Obama.

Since 1992, mainstream Republican politicians have not simply cast their opponents as wrong or misguided. They have asserted that presidents of the other party were illegitimate. They have declared that Democrats and liberals reside outside the patriotic ambit of "the real America" whose geography encompasses only the states that regularly vote Republican. Whole parts of the country (including Trump's home state of New York) were written off as seditious.

In Bill Clinton's case, the legitimacy wars led to impeachment proceedings that a significant majority of the country opposed. In the Obama years, they produced the birtherism that Trump shrewdly promoted as his ticket to the big time.

That the likes of McConnell and Ryan are falling into line disheartens many principled Republican opponents of Trump—and yes, for a contrast, let's pause to praise Ohio Gov. John Kasich for his righteous refusal to play a role in this at-times spine-chilling political meeting.

But the capitulation began long before Trump's rise. The so-called establishment tolerated, and often encouraged, the wildest of conspiracy charges, from allegations that Bill Clinton was responsible for the death of family friend Vince Foster (who tragically committed suicide) to claims that Obama is a secret Muslim.

The difference with Trump is that he has never pretended to respectability. He has been willing to get down there with the conspiracy peddlers and proudly claim that he is one of them. He is the real real America.

Accompanying all this has been an ersatz anti-elitism, with Republicans who champion tax cuts for the wealthy insisting that they are the authentic voices of the working class because they love guns, hate political correctness, and tout their affection for country music.

Trump outdid the party leadership on that front, too, and the absurd logic of this chicken-fried Marxism was reached on Tuesday night when the proletarian Donald Trump Jr. denounced "a special class of crony elites at the top of the heap." The word "chutzpah" will be retired when this campaign ends.

Now Trump will try to play the game in which Ryan and McConnell are the pros and take another stab at looking presidential. It's said that Trump has been studying Richard Nixon's law-and-order rhetoric, and Nixon's 1968 acceptance speech is, indeed, a model of how to translate the gut anger of a large swath of voters into a kind of lyricism.

But while it may seem strange to say it, comparisons between Trump and Nixon do a disservice to the guy Pat Buchanan likes to refer to as "the old man."

For all his faults, Nixon had public purposes and a nuanced worldview. Politics has deteriorated since his time. Trumpism is an ideological wasteland where anger is the only point and winning is the only objective. Here in Cleveland, we have seen what the wasteland looks like.