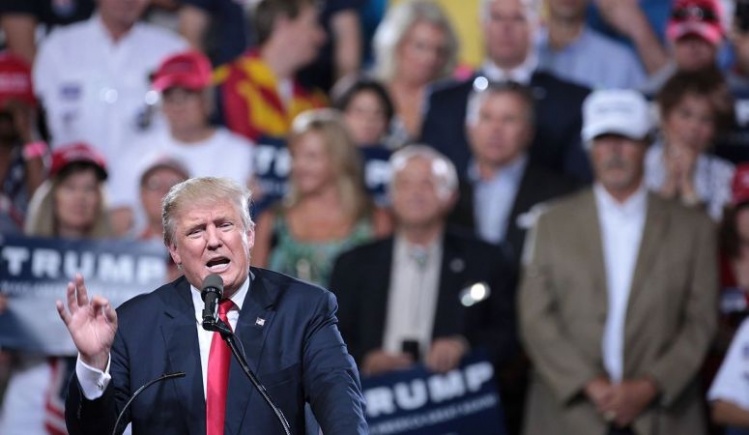 It was on February 18 of this year that Pope Francis suggested Donald Trump “is not a Christian.” We remember the pope’s comments, but do we remember the response the candidate issued a few hours later? Trump made the fascinating, theologically and historically anomalous remark that “no leader, especially a religious leader, should have the right to question another man’s religion or faith.” Having since become the Republican standard-bearer for president, Trump has also perhaps just as improbably secured the endorsements of a number of high-profile American evangelicals, including Jerry Falwell, Jr.; Pat Robertson; James Dobson; and Ralph Reed, with some polls also indicating solid backing among white evangelical voters. What might explain such support?

It’s something Russell Moore, president of the Ethics and Religious Liberty Commission of the Southern Baptist Convention, wondered about in the Washington Post, stating he’s “ashamed” to call himself an evangelical given Trump’s popularity among his co-religionists and asking:

Why are many evangelical leaders, including some who pontificate on nearly everything else, scared silent as evangelicalism is associated with everything from authoritarianism and bigotry to violations of religious freedom? How can they look the other way in silence when politicians praise Planned Parenthood and demur about white supremacists and neo-Nazis?

It’s interesting that Moore used the term “pontificate,” since it is of course the pope who does that. It’s his job: He tells people how to act and what to believe. This, I think, points to a key theological dimension of the American political situation in terms of Trump that has thus far remained largely invisible. The evangelicals who support Trump share a particular theological heritage: they are Protestants, even if typically self-described as “born again.” To understand Trump’s support among these voters, and perhaps his weak support among Catholics, it may help to look at specific, historically significant, theological differences between Catholics and Protestants regarding grace and works.

Begin with the fact that doctrinal language is not popular in America today. When Christians judge one another, they tend to do so less in doctrinal terms than on stances on particular issues—such as same-sex marriage or abortion (it’s worth noting that Trump’s support among evangelical leaders doubled after he released a short-list of pro-life potential Supreme Court justices). But the pope does think in terms of doctrine: of evaluating it, discussing it, pontificating on it. When Francis suggested Donald Trump is not a Christian, he wasn’t talking Trump’s three marriages, his admitted extramarital affairs, his ownership of casinos and strip clubs, or his greed. The un-Christian action the pope was referring to was “building walls instead of bridges.” Francis is concerned with social sin, not just personal sin or sexual purity the way evangelicals who once derided Bill Clinton’s moral failings were (and who now ignore Trump’s).

Next consider what is implied in Trump’s reaction to the pope, or in the remarks from Christians like the woman in this piece who knows that “Trump is far from an altar boy” but is still a Christian anyway: It’s the theological idea that good works don’t matter. The so-called “works righteousness” of Catholics, overturned by Protestants beginning with Luther in his work On the Freedom of a Christian, is the belief that good works, by the grace of God, do have merit and do lead to salvation. For Luther and for Protestants since the sixteenth century, grace alone saves and good works flow from saving grace; they do not lead to it. Catholics in the sixteenth century warned that Luther’s inversion of the works/grace model would eliminate the incentive for doing anything good. If a person was rewarded with unmerited grace no matter what, why would he or she ever do anything right or just or good?

Trump may be exactly what these sixteenth-century Catholic theologians were worried about. Protestants responded to the Catholic objection to salvation by grace alone with “by their works shall you know them.” In other words, Christians will do good works because they are saved, not in order to be saved, and by this standard, Luther wouldn’t have recognized Trump as a Christian any more than the pope would. Trump’s good works didn’t lead to righteousness, and if he is indeed a Christian, no good works have flowed from that commitment.

But maybe in the pared-down, stripped-down, non-magisterial American evangelical theology of today, the behavior of a super-sinner like Trump is irrelevant, since even with his gambling, his fornication, his divorces, and his crude and ugly behavior he is just as close to being a Christian as anyone else. He doesn’t need works; he just needs to make an individual statement (accountable to no authority) that he is a Christian. Sadly, at least for now, this seems to be enough.