Throwback Thursday (Halloween Edition): The scariest film of all time? 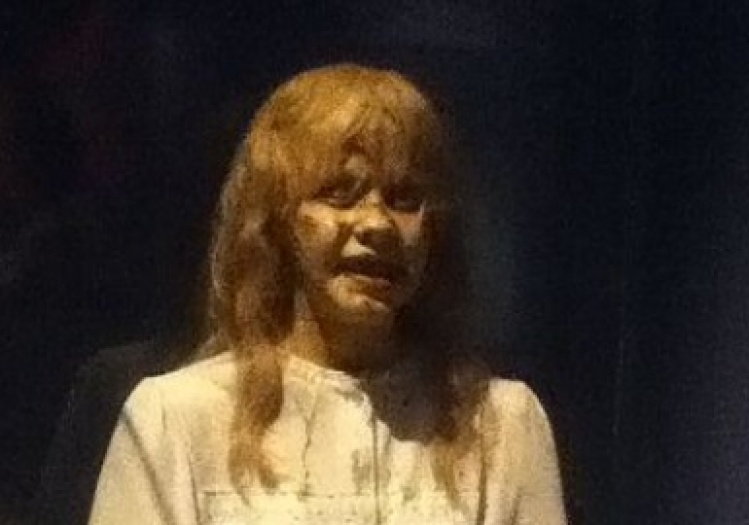 The Exorcist is a movie that could perhaps count as many viewers as people who have refused to see it. It's a movie you’d watch only if dared, on Halloween night. It has been famously called “the scariest movie of all time.” It makes visceral a very old question: Does The Devil exist?

The film was of course based on William Peter Blatty's 1971 novel, and for this Halloween Throwback Thursday we're linking to our archived writing on both the book and the 1973 film that came of it (and that made Linda Blair infamous). Reviewing the movie, Colin L. Westerbeck found director William Friedkin successful in “possessing” his audience:

The keystone of the film is not in any of those scenes where Regan (Linda Blair) is being exorcised, spewing bile and howling blasphemies, but much earlier when doctors think her fits result from a brain lesion. In scenes where her brain is being X-rayed, Friedkin depicts with documentary explicitness the injection and insertion into her neck of probes for a spinal tap. As she cringes with pain, enormous machine lurch and clank with a mechanical vengeance more horrific than anything unseen spirits have done to her so far.

When indeed the X-rays do not turn up any brain damage,“Life becomes unbearable,” Westerbeck wrote. “It’s enough to make you nostalgic for the Devil.”

Raymond A. Schroth, S.J., an associate editor of Commonweal in the ‘70s, and William O’Malley, S.J., the actor who played Father Dryer in the movie, both wrote articles in Commonweal’s pages either trying to redeem or to exorcise the aim of Blatty’s novel. Schroth argued that, regardless of what Blatty set out to write, what he ended up bringing forth was a “piece of Catholic nostalgia of more service to the cause of supersititon than to true religion.” O’Malley (admitting first his role-in-the-movie bias) contended:

Even Father Schroth can't deny that this novel has drawn many readers at least to consider the possiblity of a personal reality transcending our senses. If one can make an audience, jaded by immensity, do that, he deserves better treatment -- and deeper study -- than Ray Schroth gave Bill Blatty.

To which Schroth responded:

The sense of "awe" brought on by the sight of human suffering is a poor gimmick to inspire faith...Blatty's "devil" in Regan did not increase the faith of any character in the novel. It killed two priests and got Regan's mother to believe in Satan, not in God. Nor has it increased Father O'Malley's already strong belief in God nor helped him make up his mind on whether there are devils. That's not religion. That's not awe. That's Show Biz."