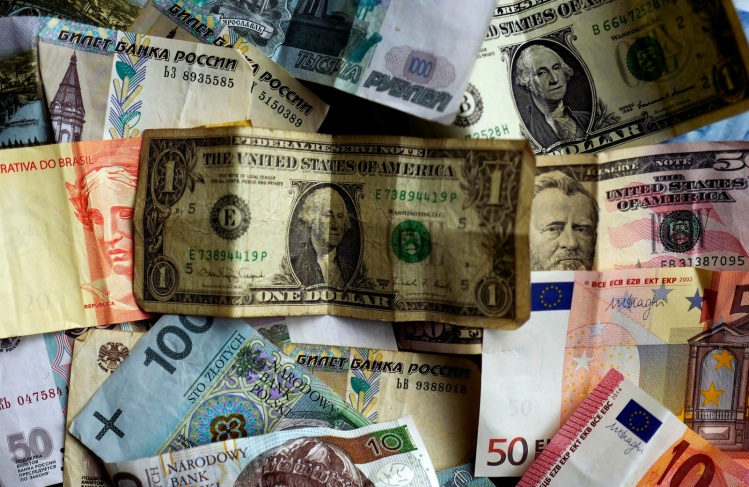 The first step in treating a problem is admitting you have one, and Steven Brill knows what our problems are. Over the years he has enumerated the flaws of our health care industry, education system, and approach to gun regulation; his legal career has given him an ear for argument and an eye for detail. In his most recent book, Tailspin, he tells the story of “the people and forces behind America’s fifty-year fall.” Brill paints a bleak picture: public disengagement, income inequality, social and economic stagnation. Our health care is unaffordable, the roads we commute on crumble underneath us, we overdose on opioids, our news sources thrive on division. “Only a democracy and an economy that has discarded its basic mission of holding the community together, or failed at it, would produce those results,” Brill writes. How did we get here?

Brill sees our national divide not as between left and right, or even between have and have-not, but between the majority who would benefit from government action, and the powerful few who would be harmed by it. But he offers a uniquely generous caveat: “The story is not about villains, although there are some. It is not about a conspiracy to bring the country down. It is not about one particular event or trend, and it did not spring from one single source.” As others have, Brill traces the origins of our malaise to the late 1960s and early ’70s. Instead of a litany of complaints, Brill offers a portrait of trends and their connections, in which “each element reinforced the others” to lead to national crisis, considering everything from finance and construction permits to cable TV and job-training programs. The book presents a useful and comprehensive diagnosis of our collective ills, but, despite promising to tell us about “those fighting to reverse” our decline, falls short of identifying a cure.

Brill begins the book by blaming himself and others like him: people who benefitted from a meritocracy meant to replace the old-boy networks of previous decades. (He credits it with getting him, a working-class kid from Queens, into Yale.) Well-intentioned as it may have been to admit people to schools and offer them jobs based on talent rather than pedigree, this led to a class of knowledge workers who dug moats to protect their success. Brill writes, “The most talented, driven Americans chased the American dream—and won it for themselves. Then, in a way unprecedented in history, they were able to consolidate their winnings, outsmart and co-opt the government that might have reined them in, and pull up the ladder so more could not share in their success or challenge their primacy.” These knowledge workers made themselves indispensable to our legal and financial systems. They engineered a “casino economy” in which “trading pieces of paper” became a massive sector of the American economy, while legal protections such as the First Amendment and due process were deployed on behalf of business to loosen regulations, allow for the domination of lobbyists in Washington, and rewrite campaign-finance practices in a way that favored wealthy donors.

The decline of stable middle-class jobs in areas such as manufacturing coincided with the rise of this knowledge-dominated economy, and the divisions between classes rose sharply as unions were gutted and the middle class lost its bargaining power to lobbyists and lawyers. The loss of economic power led to the disappearance of a unified middle-class culture that encompassed a large percentage of the American population, and into this vacuum stepped cable-news networks that realized, as social-media companies have since, that fomenting outrage and division generates more advertising revenue than fostering solidarity. Sharing no common culture and gorged on partisan talking points, politicians and constituents alike came to define political victory as the refusal “to yield any ground to the other.” And with drastically loosened campaign-finance restrictions, elected officials had less reason to care about concrete results for their supporters and every reason to let donor interests run the show. The result, Brill laments, is that “checks and balances metastasize into paralysis, and the country’s major issues—income inequality, education, job training, the tax code, infrastructure, the deficit, health care—continue to go unaddressed.”

I put down Tailspin as daunted by what’s at stake as Brill, but frustrated that he didn’t dare to think bigger.
sharetweet

In the latter half of the book, Brill devotes chapters to many of these topics. In each, he illustrates convincingly that knowledge workers are deployed to dig and protect the moats of the powerful. One of his most trenchant observations is that, while much in our country is dysfunctional, national-security and military concerns are well provisioned. Why? Because “everyone needs it,” unlike better roads or functional public schools, for which the powerful don’t have to turn to the government. Things break down when the people who run them don’t need them.

Overall, Brill is deft in explaining the origins and implications of our many crises and weaving these threads into a larger tapestry of distress. His lawyerly method probably helps: it’s easy to dash off grievances, but Brill dives into the particulars of policy, procedures, and personalities, methodically picking them apart in a way others might not dare attempt.

But he’s less insightful when he addresses the last part of his lengthy subtitle: Who are the people fighting to reverse America’s decline? Working to counter the outsized power of lobbyists, there’s OpenSecrets, the website that lists which interests donate how much to which candidates. (Perhaps, Brill muses almost mischievously, any time cable news shows a congressional hearing, the amount each legislator has received from each interest should be displayed next to their name.) To address unemployment associated with the loss of manufacturing jobs, organizations like the Coalition for Queens offer training in computer coding. (Recruits of this program emerge with jobs at “Uber, Blue Apron, Pinterest, Google, BuzzFeed, and JPMorgan Chase,” Brill gushes.) To counter partisan dysfunction, the Bipartisan Policy Center has “built a kind of shadow Congress that negotiates among themselves and produces a steady stream of policy papers.” (They have fixes for NAFTA, budget reform, and healthcare costs, “ammunition at the ready when policymakers are finally moved to use it.”)

On their own, these initiatives are praiseworthy, and I don’t mean to disparage them. But they wither in the shadow of the towering challenges Brill identifies. I have to wonder: Are these actually the best solutions he can come up with? Nowhere does Brill consider the merits and drawbacks, for example, of a universal basic income, or worker-owned enterprises, or community land trusts. I put down Tailspin as daunted by what’s at stake as Brill, but frustrated that he didn’t dare to think bigger.

Maybe this points to a more fundamental issue. Brill has an ideal society in mind, one that he never quite describes, but that appears to have much in common with a postwar America flush with money and bristling with military might.  He seems nostalgic for the common culture of middle-class America, but this era was not as rosy as his references suggest. (It is notable that Brill mentions racial inequality only in a few examples, and usually incidentally.) At one point he writes, “There has always been an inherent tension in societies that are politically democratic and economically capitalist. The former is based on equality; the latter is fueled by the participants’ dreams of accruing more wealth than the other guy.” Brill seems at peace with this tension; he at least thinks it’s unavoidable. But if this is his positive vision of a healthy society, I’m not sure that I share it.

“One could call this great unraveling of American exceptionalism a perfect storm,” Brill writes. As Tailspin demonstrates, various forces combined and morphed to make existing problems worse. The paradox that runs through Brill’s narrative is that we suffered from too much of a good thing; even as the ship sailed toward the storm, it “appeared to be bright skies all along the way.”

Tailspin: The People and Forces Behind America’s Fifty-Year Fall—and Those Fighting to Reverse It
Steven Brill
Knopf, $28.95, 464 pp.