A Theory of Change to Believe In 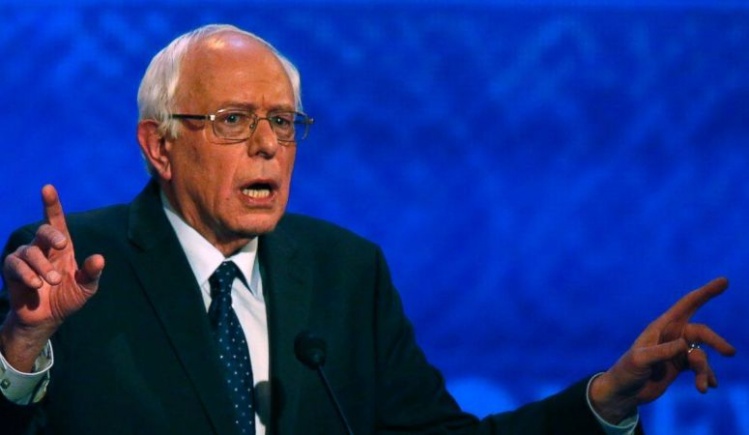 If Republicans are engaged in a three-sided civil war, Democrats are having a spirited but rather civilized argument over a very large question: Who has the best theory about how progressive change happens?

On the Republican side, the results in Iowa showed a party torn to pieces. Ted Cruz won because he understood from the start the importance of cornering the market on Christian conservatives who have long dominated Iowa’s unusual process. Message discipline, thy name is Cruz.

Donald Trump has created a new wing of the Republican Party by combining older GOP tendencies—nationalism, nativism, racial backlash—with twenty-first-century worries about American decline and the crushing of working-class incomes. He appeals to the angriest Republicans but not necessarily the most ideologically pure. A novel constituency proved harder to turn out in Iowa than polls and Trump’s media boosters anticipated.

Marco Rubio was the remainder candidate, pulling together most of the voters who couldn’t stand Trump or Cruz. He was strongest among the best-educated Republicans, a crowd that has less reason to be angry. Almost as conservative as Cruz, Rubio runs verbally against the party establishment even as he is beloved by it.

The main question in New Hampshire next week (besides whether Trump can actually win an election) concerns Rubio’s ability to repeat his consolidation trick—this time against a fully competitive field. Does he get enough bounce out of his third-place finish in Iowa to beat back John Kasich, Jeb Bush, and Chris Christie, who largely skipped Iowa but have been working hard to find Granite State salvation? It’s politics of a classic sort.

The Democratic contest is far more subtle and, as a result, intellectually interesting. The obvious contours of the race are defined by Hillary Clinton’s identity as a moderate progressive and Bernie Sanders’s embrace of democratic socialism.

But there is less distance between Sanders and Clinton than meets the eye. Their sharpest programmatic differences (other than on Sanders’s mixed gun-control record) are over his sweeping ideas: breaking up the largest banks, establishing a single-payer health system, and providing universal free college education. These disagreements are closely connected to their competing theories of change.

Clinton believes in change through incremental steps: toughening financial regulation, building on Obamacare, expanding access to scholarships and grants without making college free for everyone. One-step-at-a-time reform is the best way to reach a larger goal, she believes. And proposals that are too big are doomed to fail—politically for sure, and probably substantively as well.

Thus her signature critique of Sanders. “In theory, there’s a lot to like about some of his ideas,” she says, and then the hammer falls: “I’m not interested in ideas that sound good on paper but will never make it in the real world.”

Sanders, by contrast, has long believed that the current configuration of power needs to be overthrown (peacefully, through the ballot box) to make progressive reform possible. It’s why he focuses so much on breaking the corrupting power of big money in politics. He believes that loosening the Republicans’ grip on working-class voters requires initiatives that will truly shake things up, and that only the mobilization of new voters will change the nature of representation in Washington.

Democrats, he told NPR’s Steve Inskeep in 2014, have “not made it clear that they are prepared to stand with the working-class people of this country [and] take on the big money interests.”

The same year, he told Vox’s Andrew Prokop: “You gotta take your case to the American people, mobilize them, and organize them at the grass-roots level in a way that we have never done before.”

Sanders added: “The Republican Party right now in Washington is highly disciplined, very, very well-funded, and adheres to more or less the Koch brother position. You’re not gonna change them in Washington. The only way that they are changed is by educating, organizing, and what I call a political revolution.”

Now here’s why so many Democrats like both of them: Most share Clinton’s view that gradual reform is the most practical way forward. But most also agree with Sanders that even moderately progressive steps will be stymied if money’s influence is left unchecked, if progressives do not find new ways of organizing and mobilizing, and if so many white working-class voters continue to support Republicans.

The party’s divided mind is one reason Sanders’s challenge is more vigorous than many expected. Call it the dialectical primary: Democrats are searching for a synthesis between reform and revolution.

Carnage of His Own Making