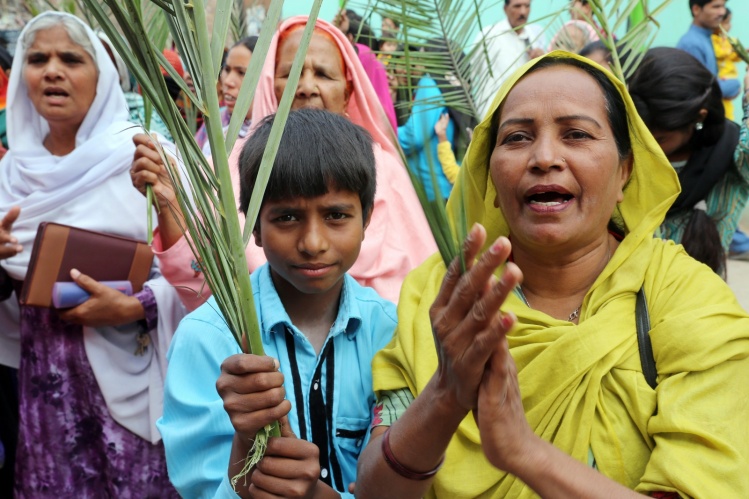 Attention to the global persecution of Christians has indeed increased in recent years. John Allen (The Global War on Christians) and Rupert Shortt (Christianophobia) have written on this topic, as have Paul Marshall, Lela Gilbert, and Nina Shea in their book Persecuted: The Global Assault on Christians. Under Caesar’s Sword, edited by Daniel Philpott of Notre Dame and Timothy Shah of Baylor and Georgetown, is different in part because of its focus on Christian responses to persecution. Their findings suggest that Christians respond differently based on their political, social, and cultural context. What is possible in India, for example, may not be possible in Saudi Arabia. Their findings also highlight the need for policymakers, church leaders, and Christian activists in the West to be attentive to the lessons and experiences of Christians who have variously endured, fought against, or fled from persecution.

The breadth of coverage of Under Caesar’s Sword helps dispel the “myth” (as John Allen has put it) that the persecution of Christians is “all about Islam.” A detailed chapter by Karrie Koesel and Jekatyerina Dunajeva highlights the struggles and harassment of non-Russian Orthodox churches in contemporary Russia. Reginald Reimer’s chapter on Vietnam and Laos addresses the terrible and ongoing suffering of Christians in those two countries (offering vivid and heartrending details on the imprisonment and even torture of new converts to Evangelical churches). Chad Bauman and James Ponniah describe the situation of Christians in India and Sri Lanka, where Hindu and Buddhist majorities (respectively) have restricted the freedom of Christians. The current dominance of the Bharatiya Janata Party in India has allowed right-wing Hindu groups to harass Christians, or lead campaigns to return Christian converts to Hinduism. In both India and Sri Lanka, Muslims and Christians have sometimes found common cause and worked together. Fenggang Yang addresses the well-known restrictions on religious freedom for Christians (and Muslims) in China, although in this case Christianity has survived, or indeed thrived, under persecution. (Yang compares the situation in China to the growth of Christianity in the Roman Empire after the persecution of Diocletian.) Finally, Paul Freston notes how in certain Latin American countries—especially in Columbia and Cuba—the church has been seen as an enemy of the state, and Christian activists and community organizers have been victims of violence.

Still, readers of Under Caesar’s Sword will note that persecution of Christians is particularly widespread in the Islamic world, and that Christian victims of persecution in the Islamic world often find themselves with few options. In a chapter rich in historical detail, Robert Hefner notes that Indonesia was (and, to a certain extent, still is) distinguished by a commitment to a pluralist ethic enshrined by the country’s “official political ideology”—known as the “Five Principles” (Pancasila)—and official recognition of six religions (Catholicism and Protestantism are counted separately). This ethic is increasingly threatened by the rise of Islamist political parties and militias, whose members have often studied in Saudi Arabia. The spread of Salafi Islam has had dire effects for Christians, who suffered violence from jihadis in the 1990s and 2000s and are now targeted by various fatwas and movements to prevent the construction of churches. Muslim converts to Christianity are especially at risk, but Muslim minorities, like the Shia and Ahmadi communities, have also suffered.

In theory, Christians in Syria and Iraq were to be spared by ISIS fighters if they agreed to pay a special tax; in reality, Christian men were often massacred or forced to convert to Islam at gunpoint, and Christian women were taken as sex slaves.
sharetweet

Nowhere is the situation of Christians more desperate than in Pakistan, which has largely abandoned the founding vision of Muhammad Ali Jinnah, who famously declared in 1947: “You are free, you are free to go to your temples, you are free to go to your mosques or to any other place of worship in this State of Pakistan.” As Sara Singha shows in her chapter on Christians in Pakistan (and Afghanistan), the spread of Salafi Islam in the country began quite early and has only increased in subsequent years, especially under the rule of General Zia-ul-Haq. In the 1980s blasphemy laws were passed that made insulting the Qur’an or the Prophet Muhammad punishable by death. These laws have only occasionally led to executions, but vigilantes have killed at least twenty-five people accused of blasphemy. One of the most startling responses to persecution documented in Under Caesar’s Sword is that of Bishop John Joseph, who in 1998 killed himself on the steps of a courthouse to protest the abuse of the blasphemy laws, and the conviction of one of his flock under those laws.

The dynamics of Salafi Islam have established a social context in Pakistan where the defense and spread of Islam is highly cherished and the rights of non-Muslims are not. One tragic consequence is a pandemic of religiously motivated kidnappings. The Catholic Church estimates that approximately seven hundred Christian girls in Pakistan—most of them from poor families—are kidnapped each year, forced to convert to Islam, and made to marry their captors. Yet even in Pakistan, where Christians are few (perhaps 2 percent of the population), they have found strategies to protect their freedoms. Remarkably, Christians in Pakistan are politically engaged, working with organizations such as the All Pakistan Minorities Alliance—which includes not only Christians but also Baha’is, Hindus, Sikhs, and others—and the Pakistan Christian Congress.

In Nigeria, too, attacks on Christians have advanced ecumenism. Robert Dowd writes, “The attacks waged by Boko Haram gradually have driven ordinary Christians into each other’s arms.” Yet while Christians support each other by hosting internally displaced persons in their churches and schools, they are not entirely in agreement about how to respond to the threat of Boko Haram, which has killed more Christians than ISIS. As Dowd notes, Catholics and certain Protestants have reached out to moderate Muslims to form a common front against the militant group. But some Evangelical Protestants are skeptical of interreligious dialogue, partly because they doubt whether they can find any effective Muslim dialogue partners, but also because they believe Christians are called above all not to dialogue but to evangelism. A second question that divides Christians is the use of force. Nigeria is one of the few places where certain Christians, in the absence of effective intervention by the state, have taken up arms to defend their community. Others are committed to pacifism. Some hold that their suffering is what God wills and is therefore to be endured. One Protestant leader tells Dowd, “This is a terrible trial, but this is the Lord’s will for us at this time.”

The situation in northeastern Nigeria has some parallels with those in the areas of Syria and Iraq where ISIS spread between 2014 and 2018. There, too, Christians sought to defend themselves, in those cases by organizing regular militias that often cooperated with Kurdish forces. In Syria and Iraq, however, the onslaught of ISIS overwhelmed the Christian communities; it was so brutal and systematic that Obama’s State Department declared Christians and others victims of a genocide. In theory, Christians in Syria and Iraq were to be spared by ISIS fighters if they agreed to pay a special tax; in reality, Christian men were often massacred or forced to convert to Islam at gunpoint, and Christian women were taken as sex slaves—a practice ISIS bragged about in its magazine Dabiq. As Kent Hill explains in the opening chapter of Under Caesar’s Sword, ISIS’s attacks accelerated a decline of Christianity in Iraq and Syria that had been underway for years. The Iraqi Christian community, which numbered well over a million in the 1990s, has declined to well below three hundred thousand. While a tenuous stability has returned to Iraq and Syria, Christians understandably feel anxious about the future and continue to leave. It is now uncertain whether Christianity has a future in these two countries with ancient Christian traditions.

Thus while John Allen is certainly correct that Christian persecution is not “all about Islam,” Under Caesar’s Sword makes it clear that Salafi Islam is a problem for Christians wherever it spreads. One of the fundamental principles of Salafi Islam is hakamiyya, the notion that God has sovereignty and societies and individuals should be obedient to Islamic law. (This is often accompanied by other notions, such as al-amr bi al-ma’ruf, the right of all Muslims to exhort or discipline those who neglect Islamic law, and a high concern to proselytize non-Muslims.) The very principle of hakamiyya is contrary to individual liberties and minority rights.

Under Caesar’s Sword also raises the problem of how Christians ought to respond to persecution. Is it permissible to forswear one’s faith under the threat of persecution? We learn that some Christians in Iran and Saudi Arabia have chosen to profess Islam publicly, while privately maintaining their faith in Jesus Christ. Certain Christians in northeastern Kenya learn Islamic prayers and wear Muslim clothing so that, should they be attacked by al-Shabaab, they can pose as Muslims and save their lives. Then there is the related question of whether Christians should give up on evangelism in contexts where preaching the gospel to Muslims can provoke threats against those who convert and reprisals against Christians communities. Islamic law, at least in principle, makes apostasy from Islam punishable by death.

Today concern for religious freedom can no longer be taken for granted. As Paul Marshall notes in his chapter on denials of religious freedom, certain scholars in recent years—notably the late Saba Mahmood of the University of California Berkeley—have questioned whether the “rhetoric” of religious freedom is a tool of the West and its imperialism. For the contributors to Under Caesar’s Sword, however, advocacy for religious freedom is above all a response to human suffering. If we are called to be merciful to the “least of these brothers and sisters,” then we cannot forget those who suffer because of their faith.